The Fabrique Nationale Fusil Automatique Leger (Light Automatic Rifle), or FN FAL as it is more commonly known, began life in 1946 when FN and Great Britain created a piston operated prototype rifle that utilized the German intermediate 7.92x33mm cartridge. This new round was a first attempt at a cartridge that could do the job of both the short range submachine gun and longer-range rifle. Proof of this came from the world’s first true assault rifle, the Sturmgewehr 44, which was used to great effect during the closing months of World War II.

Despite its promise for future designs though, both FN and the British decided to go with an indigenous creation based on the 7.92 called the 7x33mm, or .280 caliber intermediate round. This round remained within the realm of the assault rifle cartridge. Numerous rifle prototypes were created and, just as with the German round, testing showed great promise, and all predicted it would be adopted.

That is, until the Americans got involved and wielded their influence.

A standardized cartridge, and not rifle designs, were the driving force in the late 1940s due to a desire by the new NATO organization to field a common caliber for logistics and interchangeability among weapons. With advances in gunpowder, Colonel Rene Studler, U.S. Army, offered a shortened .30-06 case firing the same weight bullet as the famous war winner and submitted it for NATO testing. Studler’s cartridge was intended for full power, and was not an assault rifle cartridge; it was known as 7.62x51mm or .308 Winchester. It was also the primary cartridge for a new U.S. weapon, then in prototype form, designated the T25. Needless to say, what happened next has never been made clear.

In 1950, the T25 underwent tests against the prototype FAL and a British EM-2 bullpup design, both in .280 caliber. Afterwards, the U.S insisted changing both weapons over to the new .30 caliber round, which FN did without argument, and even offered the United States a deal for it to build the FAL royalty-free with Studler’s cartridge.

It meant nothing to the British, as they dismissed the caliber change and continued to develop and adopt the EM-2 with the .280 round that same month. 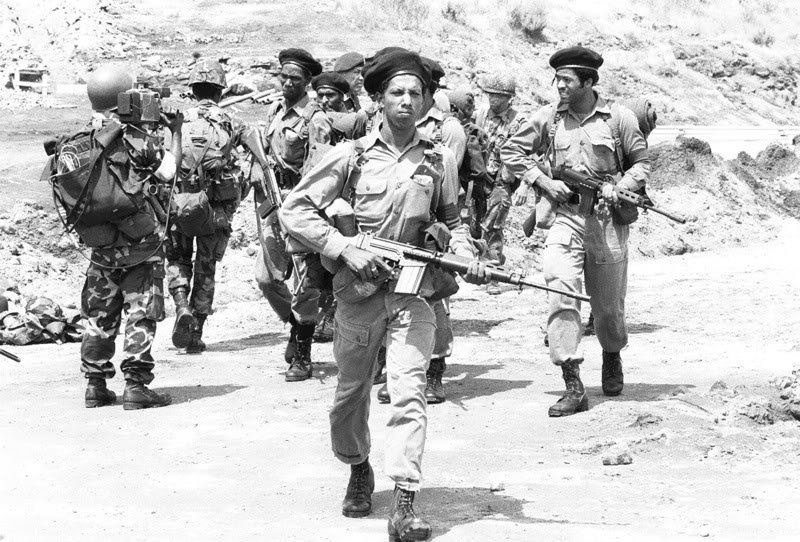