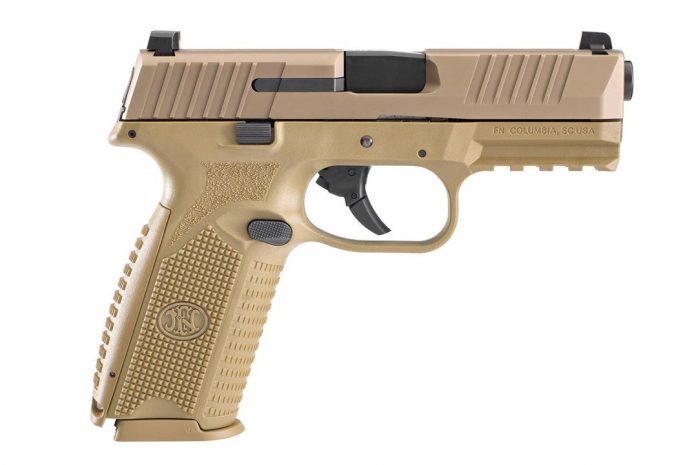 Complementing the FN 509 Tactical, FN announced Friday they will also be offering the standard 509 in a Flat Dark Earth (FDE) variant as well.

While the Virginia-based company’s staple handgun lines are produced in matte black finishes in their South Carolina plant, full FDE schemes up until this week were offered just on the FN 509 Tactical, FNS-9 Compact, and FNX-45 Tactical. Introduced in 2017, the striker-fired 9mm 509 was designed originally as the company’s entry into the Army’s Modular Handgun System competition.

Based on their FNS Compact platform, the 17+1 capacity handgun was beefed up to meet rigorous military requirements that saw more than 1 million rounds fired in reliability, ammunition compatibility, and durability testing. Changes to the legacy design, in addition to the improved internals, include enhanced grip textures and cocking serrations, guarded controls and a recessed target crown on the 4-inch barrel.

Since its introduction, the 509 family has been expanded to include Midsize and Tactical offerings as well as the new optics-ready Midsize MRD which was introduced earlier this month.