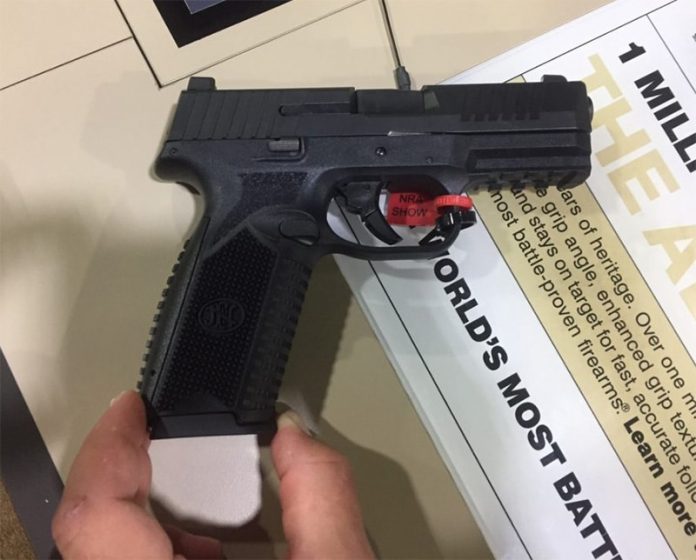 It seemed that the FN 509 was the show stopper of this year’s NRA Show in Atlanta, Georgia. It’s not necessarily that this handgun looks to be the most popular new handgun of the year, but it’s the most recent addition to the polymer striker fired handguns that seek to improve on the market’s previous offerings. These companies were all competing for the MHS Army contract, and down that path they were all competing with their own previous best. They were trying to make what they were currently offering better. In my opinion, Smith & Wesson did just that with the 2.0. The CZ P10c appears to be a hit, too. The winner of the contract from SIG (the 320) has had great market success, but just because it won the Army contract, doesn’t mean it will win your heart. The mainstream market is diverse for good reason and different offerings will meet different end users’ requirements. Take your time and look over the new offerings. I bet you’ll see something that interests you.

Personally, I need another polymer striker fired handgun like I need a hole in my head, so I’d hoped that I would be unimpressed with FN’s new offering. Unfortunately, the 509 failed to disappoint. In fact, I’m not sure that I’ll be able to get my hands on one soon enough. I’ve always had a soft place in my heart for the FNS, and this series looks to be a tangible improvement on that great offering. The trigger is really nice. The grip feels great. Though the styling isn’t completely my cup of tea, it isn’t off-putting in the least. Better still, most of the changes in form have a clearly defined function.

Typically the surge of crowd around a booth is a fair indicator of whether a company has a hit on their hands or not, and the crowd around the 509 suggest that this one will have lines for months to come!

Yes, I predict a 509 will live in my safe very soon. I will have to shoot the handgun to have a real opinion, but my first impression is— I will have it, and I think I’ll like it!