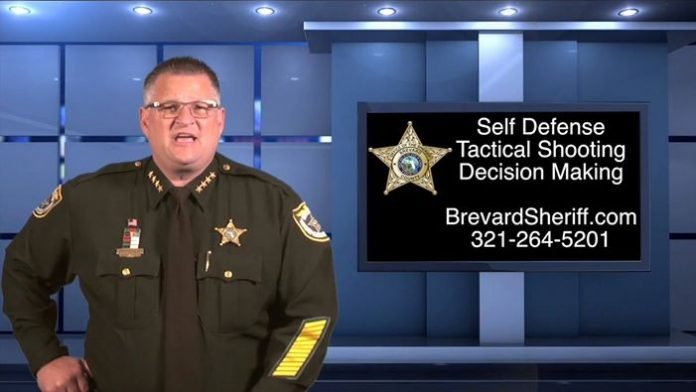 Ivey, who leads a 1,500 member department and is a strong backer of gun rights, released the video to advise citizens of what to do if they find themselves in a nightmare scenario such as the one experienced by those in San Bernardino, California where a pair of suspected terrorists killed 14 and wounded another 21 last week.

“Like each of you, I’ve had enough of terrorists and others deciding to target U.S. citizens,” said Ivey advocating that if a terrorist attack or active shooter scenario can happen in California, or Texas, or Paris, it can happen anywhere.

Putting his hand on his duty belt, Ivey explained that law enforcement officers arrived on scene at the Inland Regional Center in San Bernardino four minutes into the attack, and advocated preparedness.

“Let there be no mistake in what I am about to say. The only thing that stops a bad guy with a gun is a good guy with a gun. If you are a person who is legally licensed to carry a firearm, now is the time more than ever to realize that you and you alone may very well be the first line of defense for you, your family, and others around you in a terrorist or active shooter-based scenario,” said Ivey.

“This is about being able to defend and survive an attack by armed, evil people to until the cavalry can arrive.”

Should a person be unarmed in such a scenario, Ivey advocates the standard run, hide and fight course of action to which he says in the end to fight, “…with every ounce of passion you have.”