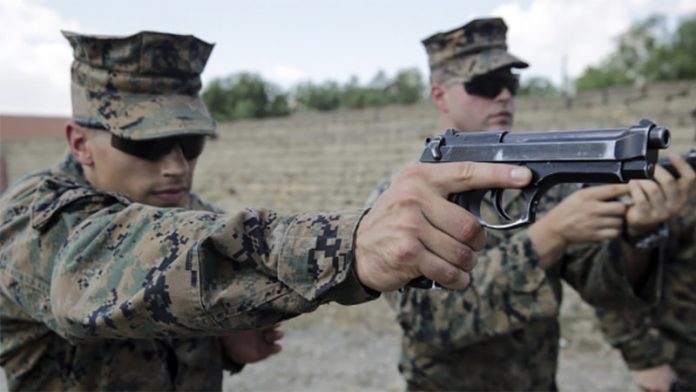 Since a 2015 terror attack on military personnel, officials in Florida announced this week the state has rapidly processed tens of thousands of applications for permits for service members and veterans.

As a response to a terror attack in Chattanooga, Tennessee that left three U.S. Marines and a Navy Sailor dead, Florida Gov. Rick Scott (R) instituted a number of measures to help allow those in uniform more protections. Among these was to authorize the Florida Department of Agriculture and Consumer Services to expedite the permits of those in the military – to include the Florida National Guard – as well as veterans.

On Tuesday, Florida Commissioner of Agriculture Adam H. Putnam announced his agency has issued more than 50,000 expedited permits to current and former service members under the new guidelines.

“The men and women who serve and have served our country deserve all of the support we can provide,” said Putnam in a statement. “I’m pleased that we have been able to expedite so many active military members and veterans’ applications for a concealed weapon license.”

As noted on the department’s webpage, currently serving personnel need to submit a copy of their CAC card while honorably discharged veterans have to do the same with their DD-214.

In the first 60 days of the program last year, Putnam issued 7,549 licenses to current military personnel and veterans. The average turnaround from application to permit issuance was a week.

It is not just members of the military that have benefited from new Florida concealed carry policies in recent months.

Last year Scott signed a measure into law to allow law-abiding citizens without carry licenses to temporarily carry concealed handguns without a permit during declared emergencies such as mandatory evacuations in hurricanes. In March, he signed another concealed carry reform, dropping the cost of permits from $70 to $60 on the initial application and from $60 to $50 for renewals.

As of August 31, the Sunshine State had 1,632,184 concealed carry permits on file, the highest in the nation. Texas, with about a third higher overall population than Florida’s, broke one million permit holders earlier this year.