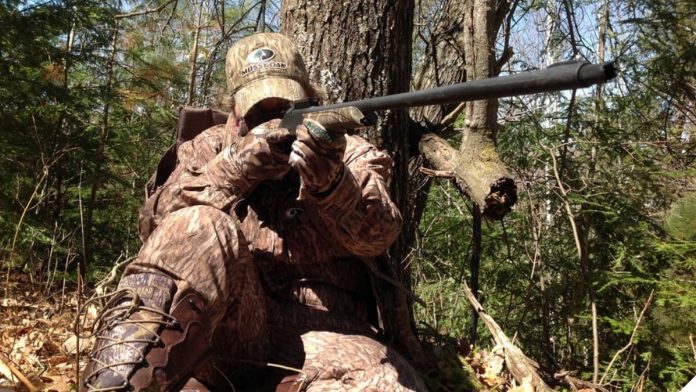 Maybe it’s the cocaine or our natural tendency to breed weirdos. I’m not sure why, but I know Florida is a magnet for non-native invasive species. People love weird pets, especially reptiles, and they love them until they reach a certain point in the size department. They then cast them aside into the wild, and it turns Florida’s thriving ecosystem allows them to thrive. These weird animals are wreaking havoc on our ecosystem and, as such, have a permanent open season on private lands.

The Florida Fish and Wildlife Conservation Commission manages hunting and fishing seasons, and for invasive species, they encourage a year-round hunting season on private lands. Cruelty laws apply, and as long as you humanely take these animals, there are no bag limits or seasons. Here are the five most invasive and weird animals you can hunt in Florida.

Wild hogs are likely thought of as too common to qualify as weird animals, but that’s because we aren’t killing enough of them. Feral Hogs are destroying ecosystems across the southern United States and migrating roughly a mile north per year. While it might be a southern problem right now, it’s soon to be a country-wide issue. Blame Hernando Desoto, who brought wild hogs here in 1539.

Since then, they’ve dominated as 67 Florida counties. These beasts average roughly 150 pounds, but when fed right, they can get much heavier. 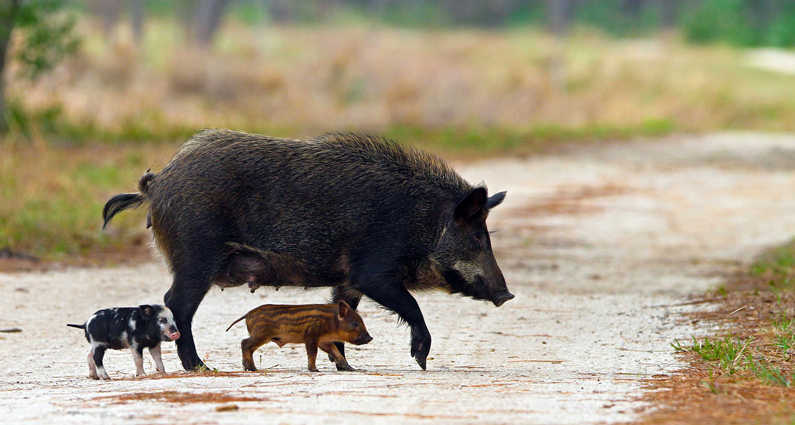 They can be dangerous and have killed people in the past. Wild hogs need proactive eradication, and in my experience, it can take months to force them out of an area.

Pairs Best With – Semi-automatic rifle of intermediate caliber. Perfect for taking multiple follow shots on groups of animals. I like a AR 15 for the role, but a Tavor, SCAR, or whatever works just as well.

Ever see a giant lizard in a pet store and think, man, I can’t wait to let him loose in my neighborhood? Well, someone did, and now the Argentine black and white tegus roam southern Florida. These lizards can grow up to five feet in length, have poor dispositions, and no natural predators. They stick to the ground and swim well to boot.

Tegus are the first of many reptiles on our weird animal’s list, and as you’d imagine, reptiles do well in Florida’s climate. 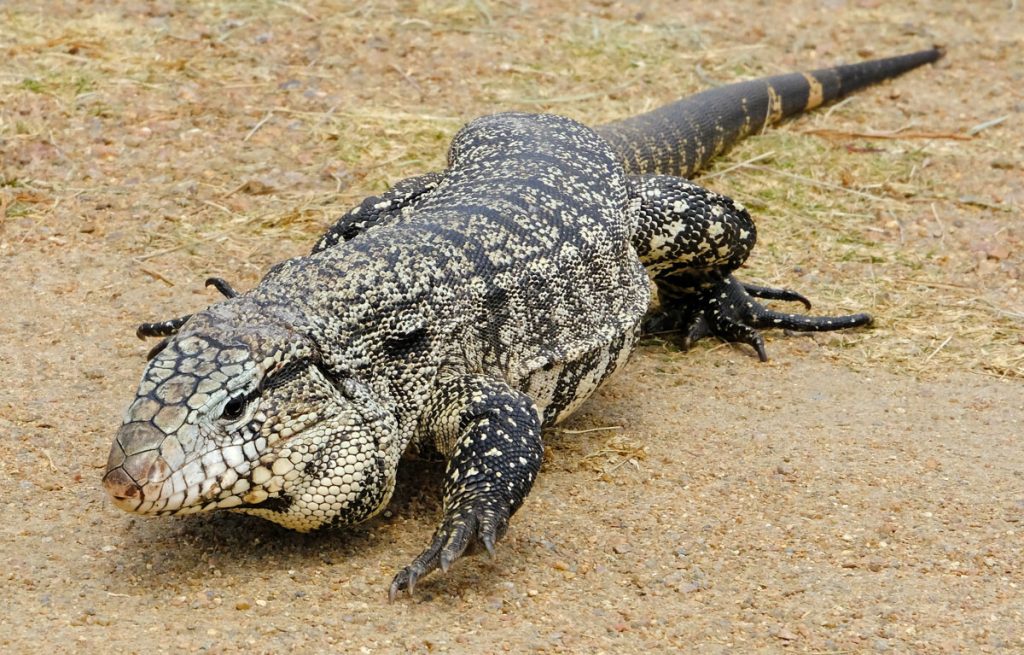 They stick to fence lines and forest clearings and are often easy to spot since they didn’t evolve to blend in with Florida’s landscape. Luckily, they only have a foothold, and hunting could eradicate the population.

Pairs Best With – Rimfire rifle, preferably semi-automatic. A good 22LR to the head is lights out for any Tegu.

Giant swamp rats should be enough to convince you that these weird animals need hunting. Seriously, rats are bad enough, but upping their size to 20 pounds is terrifying. These semi-aquatic rats came to Florida to be made into coats but somewhere along the line, that went wrong.

As such, Florida is now home to these massive herbivorous rats. They damage boat docks and piers due to their burrowing and upset the natural order of roadbeds, stream banks, dams, and dikes. 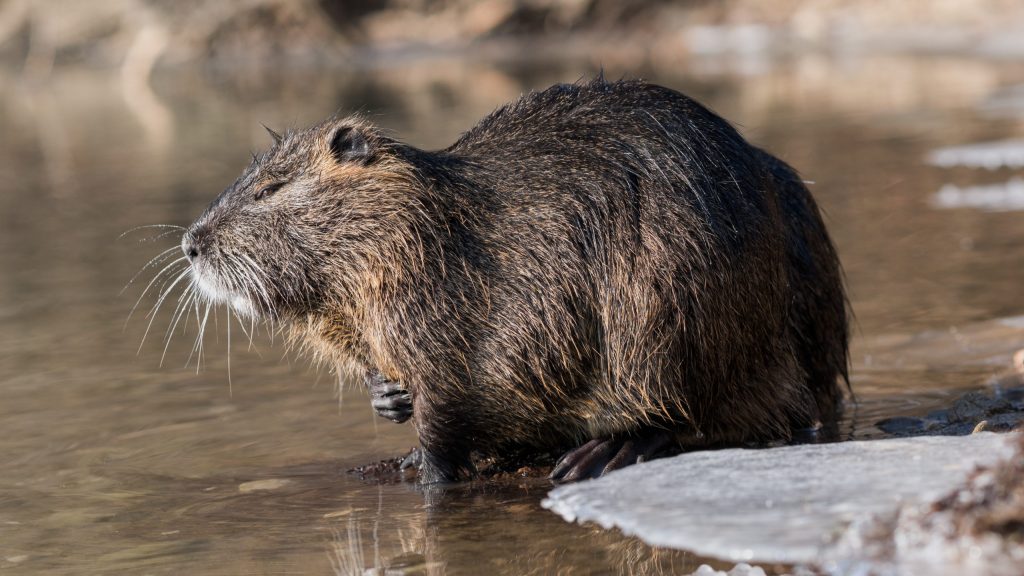 They also damage crops and carry several biological diseases. Plus, they are giant rats, and I already deal with enough with Florida’s native species.

Pairs Best With – Shotgun loaded with steel shot. These bastards are quick, and a load of Number 3 steel shot forgives a multitude of accuracy sins. Since they live in aquatic environments, steel won’t pollute the water and kills birds like lead.

When I was a kid, I always wanted an iguana as a pet. A lizard that could grow to five feet in length and weigh close to 20 pounds sounded great to my undeveloped frontal cortex. My parents wisely said no, but a lot of other parents did not. As the rapidly breeding iguana has conquered such large swaths of South Florida. The Keys, in particular, are covered in iguanas that range from tiny lizards to full-blown Godzillas.

These creatures live everywhere and chew their way through native plants, birds, nests, and more.

These giant lizards breed quickly and seem almost impossible to get rid of. Most South Florida residents are not hunters, and get squeamish about such things makes the situation much worse.

Pairs Best With – A PCP Airgun. A hefty 22 or 25 caliber airgun will efficiently dispatch an iguana. With iguanas populating densely popular urban environments, an airgun is often the safest and most polite choice.

How bad is the python problem in Florida? Well, bad enough that you knew Pythons would be the number 1 weird animals on this list before you opened the article. This problem has become quite the news story, and hunting pythons has become a yearly event. FWC hosts a yearly Python roundup that allows hunters to kill pythons en-masse.

Pythons are wreaking havoc in the Everglades. 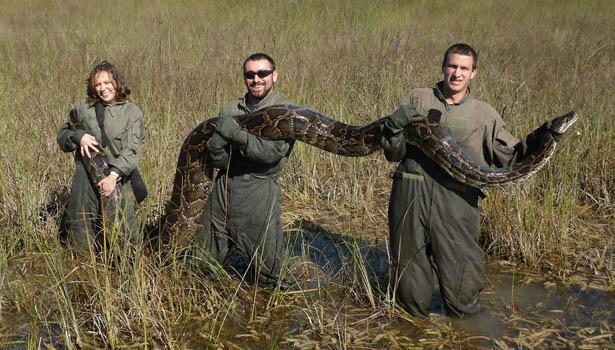 They have no natural predators and have been observed eating small deer, baby alligators, rabbits, and everything these scaled killing machines can find.

Pairs Best With – A machete and a shotgun with steel shot. Giant snakes are best killed with a headshot, but when that’s not possible, a shotgun can deal enough traumatic damage to kill them. Again use steel shot to preserve the environment. A machete also makes it easy to decapitate wild pythons.

The Weird Animals Of Florida

Although these animals are invasive and can be hunted quite freely, always ensure you can legally hunt anything in your area. Some public lands may prohibit firearms usage entirely, and that includes hunting invasive animals. Just because they are not protected doesn’t mean you get to approach the hunt half-cocked.

With your due diligence done, you can have a good time hunting these weird animals. They offer a unique experience beyond your typical deer, coyote, or squirrel hunt. They require new strategies, tactics, and techniques. Plus, you’re doing the state of Florida a favor in removing invasive species.