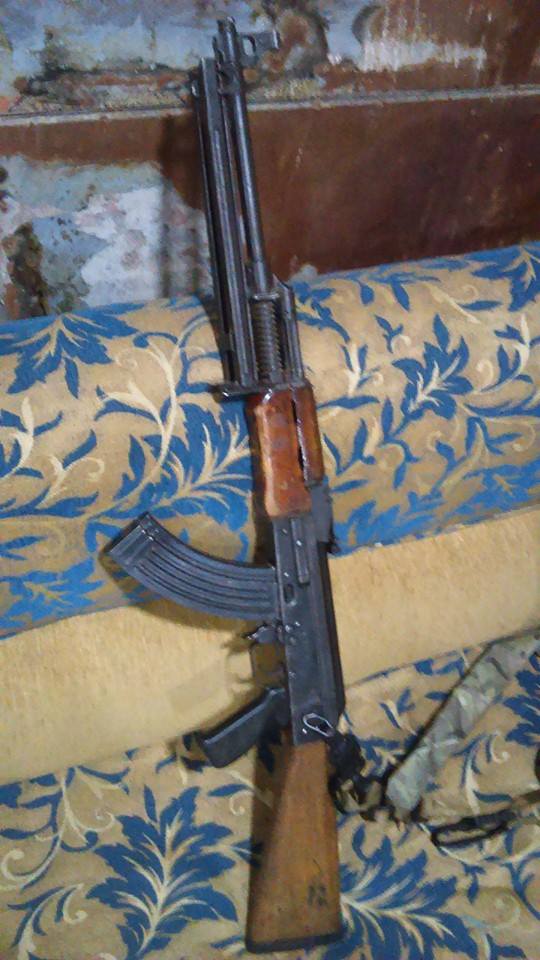 My RPK fitted with Meprolight Tritium Iron Sights (See Below)

Everyone, civilian or military, who enjoys weapons loves to trick out their gun. We all have personal preferences to how we set up our firearms to cater to our own style of shooting. Maybe it’s the technique that dictates the specific placement of certain mods, it could be purpose-driven reasons for particular accessories, or maybe it’s just simple aesthetics and we like the way it makes the weapon look. The following are my top favorite modifications to weapons and why I chose them.

I love optics, especially dual systems such as the Trijicon ECOS where a red dot is mounted on top of a magnified optic with BDC (Bullet Drop Compensated) reticle. For close quarters based weapons, I prefer a solid red dot generally consisting of a 2 moa dot and more importantly I want it to co-witness with my Iron Sights. But before I ever go to an optic, I always select a quality pair of Iron sights with tritium inserts. This was something I always liked the idea of but after several night fights, and engagements where all I had was a set of Tritium backed irons, I realized it was a must for any weapon. There are a plethora of makes and models out there, something for the whole family. When you’re in the dark and you have to rapidly and accurately engage threats, tritiums are a force multiplier not to be underestimated.

This device is specific to right-handed shooters. An attachment designed specifically designed for the M4/M16 and AR series of rifles, the Battery Assist Device mounts to the bolt release paddle located on the left side of the receiver. Not only does this piece of kit allow you to shave time off of reloads but it gives the end user the ability to fix a malfunction with speed and ease. By simply lifting your trigger finger and moving the lever up while pulling the charging handle to the rear, the bolt will lock back allowing the shooter to maintain positive control of the weapon while clearing the stoppage. When the problem has been solved or a fresh mag has been inserted, the shooter simply pushes the lever in and the bolt is released. With practice, this is a game changer for manual of arms. 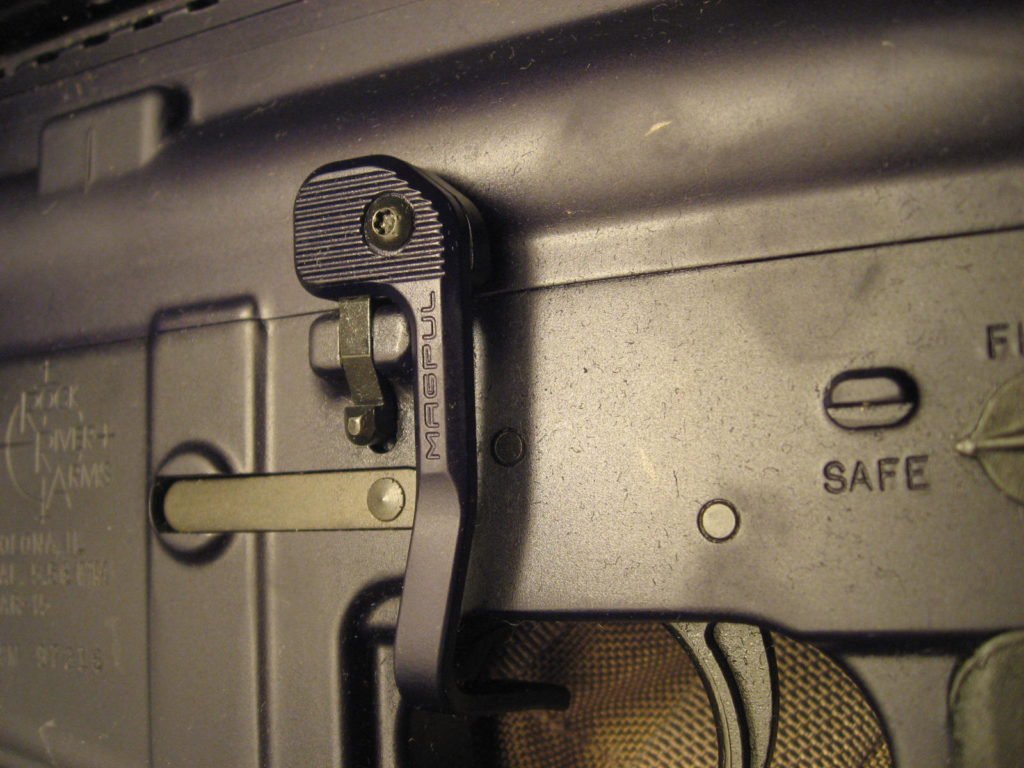 There are many different models out there that span over several different weapon systems, but personally, I’d have to say my favorites are Bravo Company USA and Magpul. Both models of grips offer a more extreme vertical angle allowing the shooter to adopt a more squared-up posture when shooting, which is good for me because I favor the isosceles stance. They also fill up the hand better, giving me a more solid grip on the rifle which equals more control. 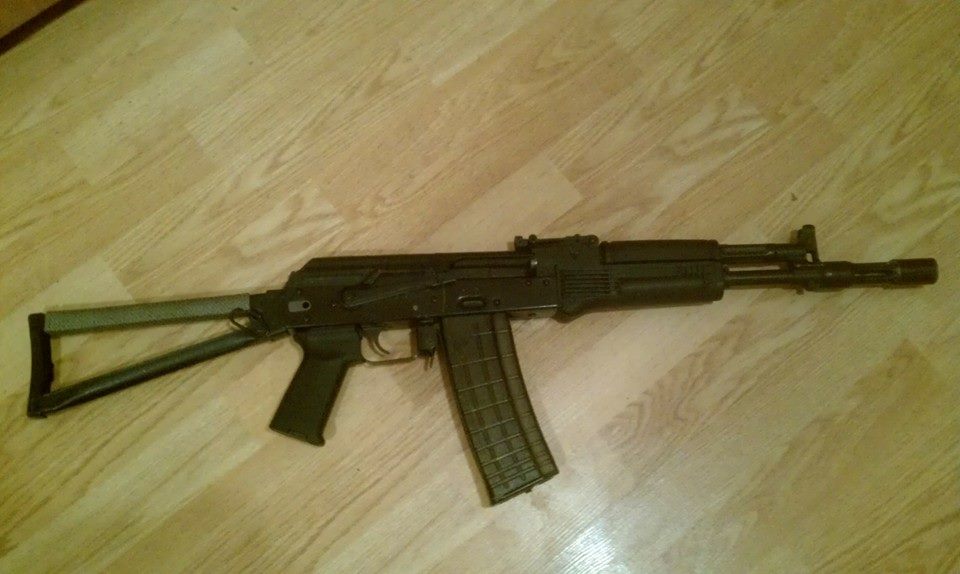 Good magazines are the heart of a properly functioning weapon and you can’t beat a Pmag for the price/performance. Made up of a polymer body, (the AK pmags have metal lip inserts to prevent breaking due to the way an AK magazine functions) coupled with a spring and anti-tilt follower the Pmag is simply the finest. They work and have been fielded heavily since their introduction into the shooting scene. Not much else to say about them; simple, effective and affordable. 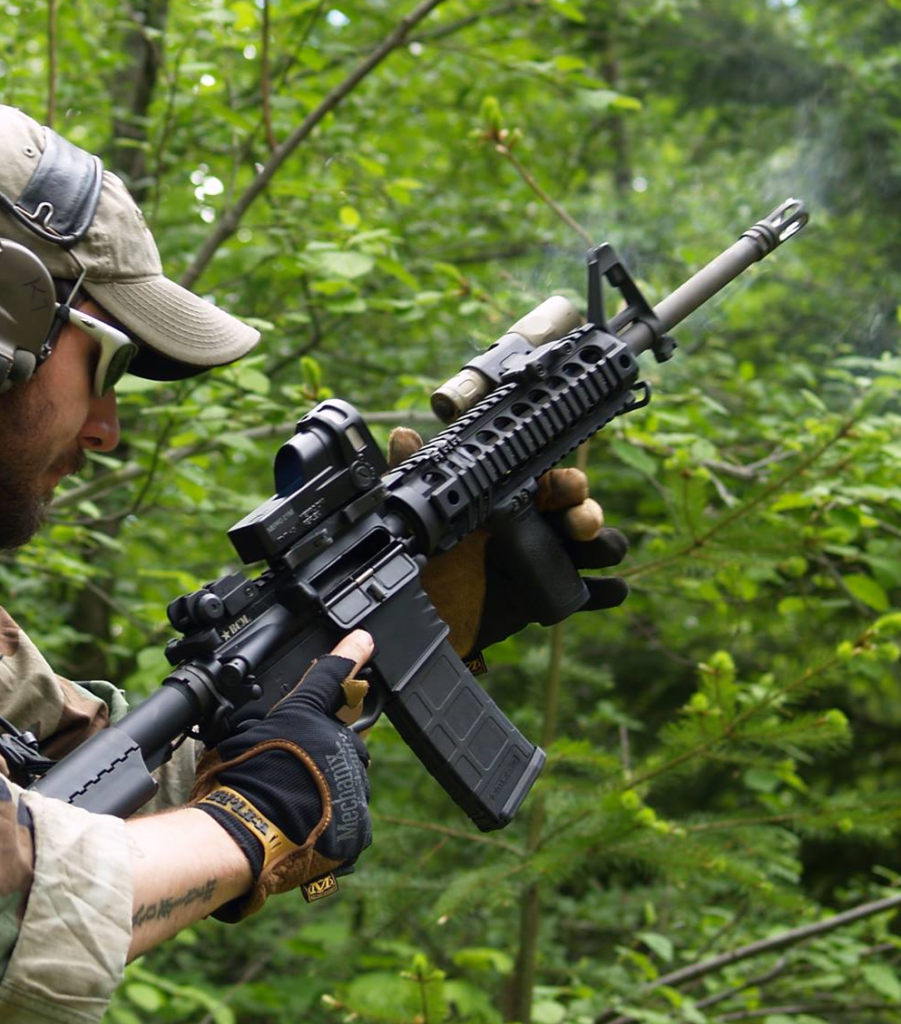 Now my absolute favorite addition to shooting is night vision and to make that addition even more effective, a solid Infrared laser. Obvious by my Tritium sights bit, I’m a huge fan of night operations. When it comes to shooting at night, the man who can see in the dark is god; especially when the enemy cannot. This is a luxury I am not afforded in the Peshmerga; but if I could have anything it would be this. (Not to mention when you’re rocking all that ninja gear you look cool as fuck.) Being dependant on NVGs is a weakness, but if you can learn to be proficient in the dark without them, the moment you have them you’re that much better off. 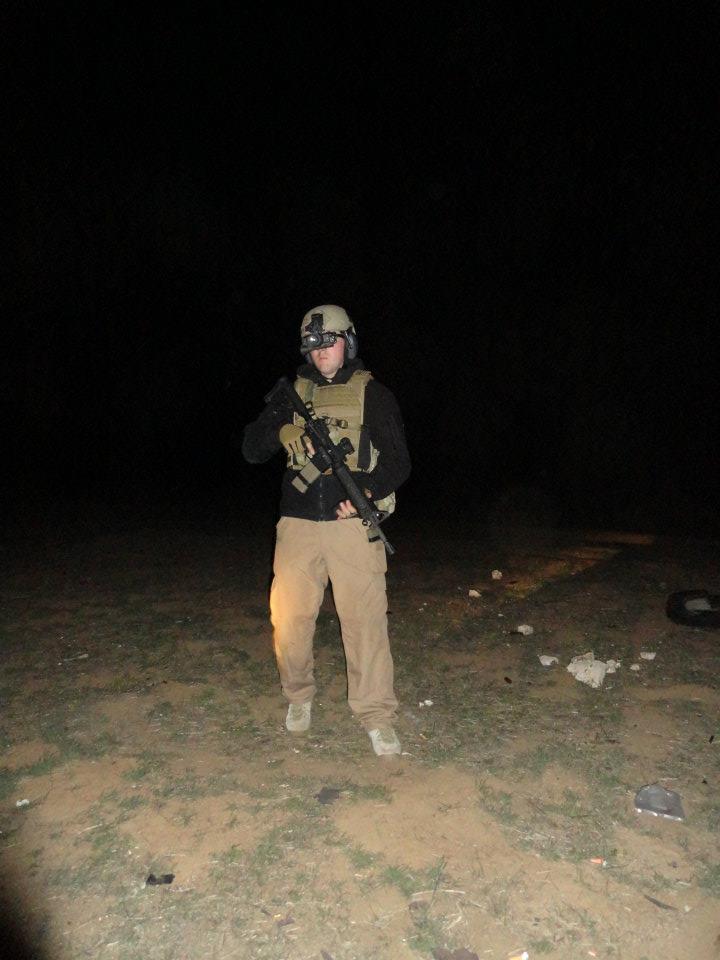 Originally published on The NEWSREP 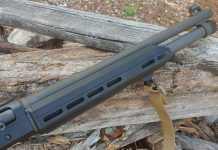