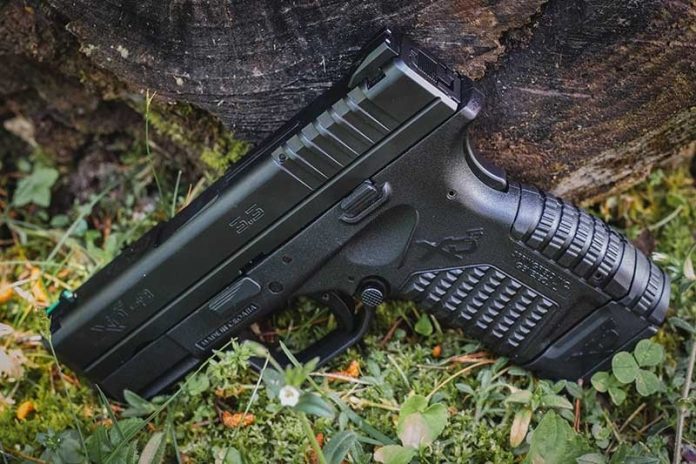 Yes, you can bring firearms on your flight. How much of a hassle it is depends on your pre-flight preparedness. I hate flying, for a number of reasons (I hate crowds, I hate lines, I hate having to take off my pistol and trust my safety to people less skilled, etc.), but that still doesn’t stop me from getting on planes at least half a dozen times a year. Most of the time I do fly with firearms in my checked baggage, and over the years I have learned a few tricks that may ease your travels.

While the TSA does not limit the number of firearms you can have in your checked baggage, I know of at least one airline that does. Every airline has a website with their specific rules on transportation of firearms and ammunition – check it. Basically, the firearm must be unloaded and in a locked case and declared during the ticket counter check-in process. I recommend acting professional, polite (as if you’ve checked guns dozens of times before), and like it’s no big deal, because it shouldn’t be. A smile will get you checked in quicker and with less problems than an attitude.

Simply having a padlock on your case isn’t good enough for the TSA. They want to make sure that the lock prevents access to the gun inside, and I have had agents undo the latches on my gun case and attempt to pry it open wide enough to pull the gun out. This is surprisingly easy with some rifle cases (I recommend a padlock at each end), and even some handgun cases. Don’t be gentle when you test your cases, because the TSA agents won’t be. I know one gun writer whose rifle cases were destroyed by TSA agents using pipes as crowbars, and then told he couldn’t fly with them because his rifle cases would no longer securely lock. What this has to do with combating terrorism I’m a little fuzzy on.

Although regulations don’t require it, I always put my locked pistol case inside a locked piece of luggage, and I’ve had TSA cut the padlock off the luggage just to get a look at the pistol case. Why? I have no idea.

Currently, when I am just travelling with a pistol or two, I put them in a Pelican 1495 case. In addition to the combo lock built into the case itself I secure it with a combination padlock. To get to the guns inside, someone would need boltcutters AND a bandsaw. I check it as a separate piece of luggage.

Read the rest at The Armory Life