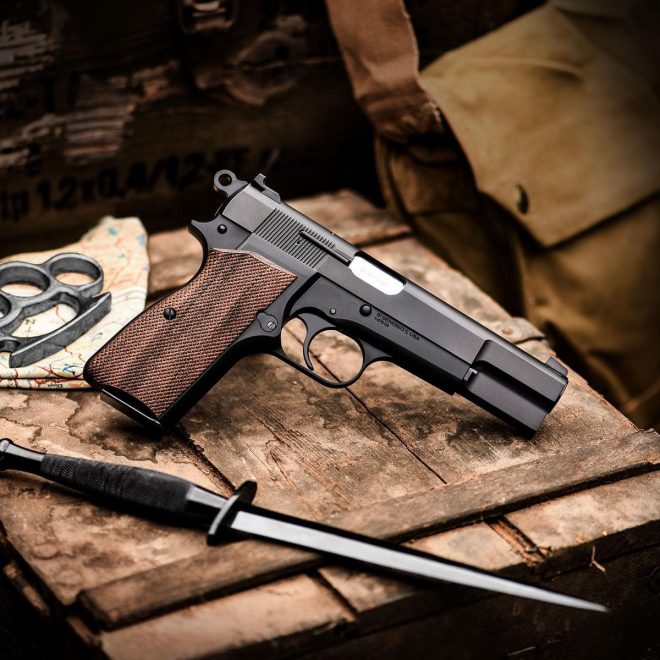 Springfield Armory surprised the hell out of me, and I’m betting most people with the release of the SA-35. The SA-35 is the Springfield Armory take on the Browning Hi-Power. Not only did Springfield Armory bring the beloved pistol back, but they also made a number of improvements. This includes the removal of the magazine safety, modernized sights, and a 15 round magazine. Plus, the MSRP is a mere $699, making it an affordable option for shooters desiring the out-of-production Hi-Power.

That got me thinking, what other gun should Springfield Armory bring back or reboot? As I thought about this, I couldn’t settle on a single gun. Instead, I came up with five I’d love to see get a reboot. I want these rebooted with the same idea. High-quality guns, at a great price, with improvements here and there, but still keeping up with some historical accuracy.

What Else Should Springfield Reboot?

Not just the standard or riot M1897, but I want the WW1 trench gun variant. This model uses a ventilated, metal handguard and a big bayonet lug complete with an M1917 sword bayonet. I want this reboot to lack the disconnect and be a fully hammer-fired shotgun just like John Moses Browning wanted it to be.

I want to be to slam fire this gun and empty that five-round tubular magazine in just a few seconds. Trying to get a WW1 Trench configuration these days requires you to spend a butt load of money on an antique or buy an antique and have it heavily modified by a smith. Personally, I want a shooter, and a modern reproduction for less than 700 bucks sounds great to me.

This seems like a natural weapon to reboot. What’s hot right now? Well, PCCs and Subguns are hot, as are retro guns. Combine the two, and you have a winner. The M3 was always made to be cheap, and I don’t see why it couldn’t be made cheap to this day. Because the ATF is lame, it would have to be a closed bolt pistol, but Springfield could team up with SB Tactical to develop a brace. 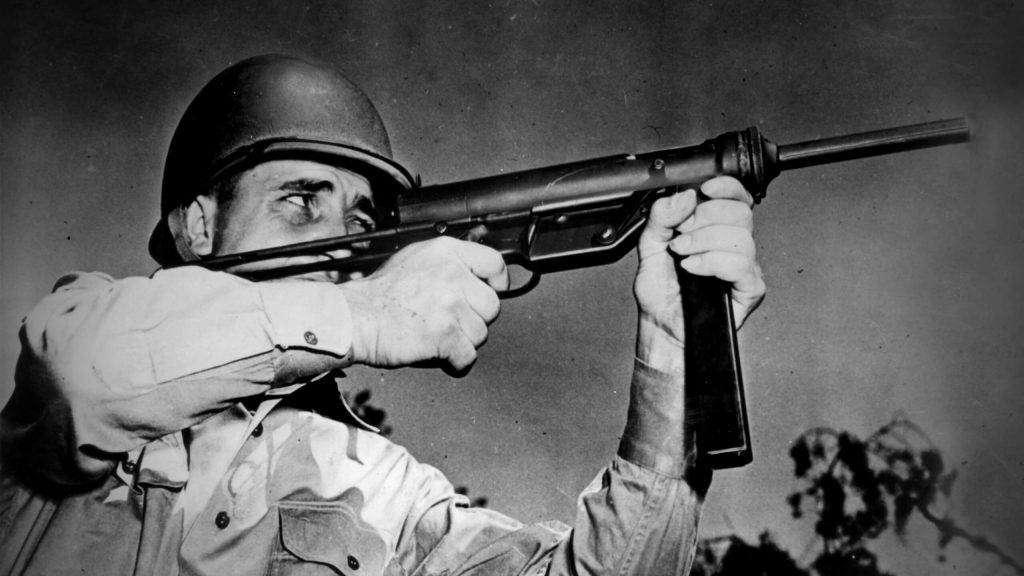 This big chunky 45 ACP would be a blast to shoot. Hell, if they got popular, it’d be great to suppress. Sure it wouldn’t be efficient, but a reboot of the M3 Grease Gun would be a ton of fun. Plus, has anyone ever done it? We can get Thompsons, but no Grease Guns. Make it for 700 or less, and I’m a purchaser.

I don’t mean the BAR hunting rifle, but the BAR from World War 2. The massive, Browning designed rifle in .30-06 that weighs 16 to 18 pounds and holds a mere 20 rounds. Admittedly, this can’t be a cheap reproduction. However, I’d imagine they could do it for under two grand, or I’d pray as such. I’m not asking for historical construction, and maybe they can make it with modern materials and processes to drive down the price. 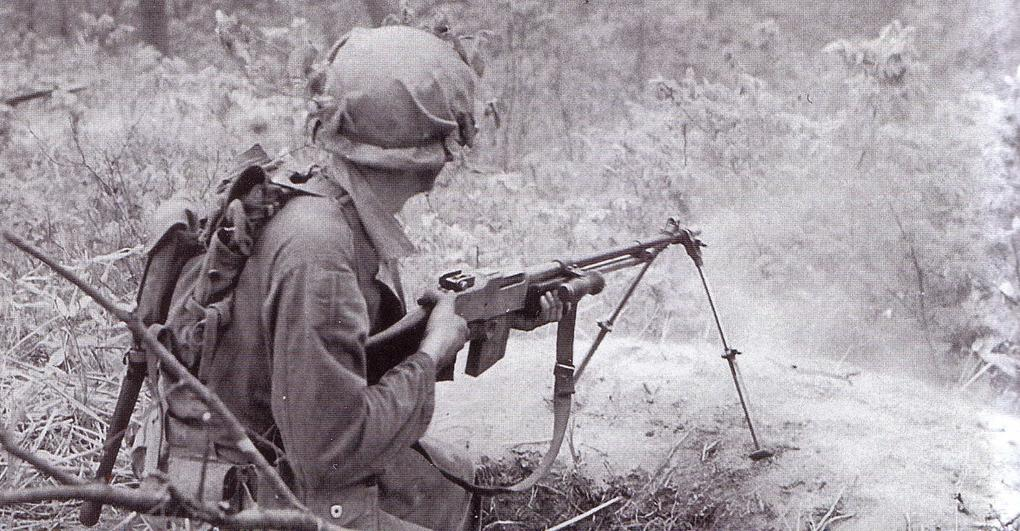 Heck, I wouldn’t mind seeing a 308 BAR or even a mini BAR in 5.56 just for fun. The BAR is such a neat design that served for quite a long time. In many ways, it’s the first SAW utilized in fire and maneuver warfare. A reboot of the BAR wouldn’t be practical, but it would be cool.

The M1917 revolvers were made by S&W and Colt during WW1 to supplement the 1911. We simply couldn’t produce enough, so 45 ACP revolvers with moon clips were the answer. I’d prefer the S&W M1917, but I’d take either as a comeback. I’d love to see a modern replica with the retro revolver stylings. 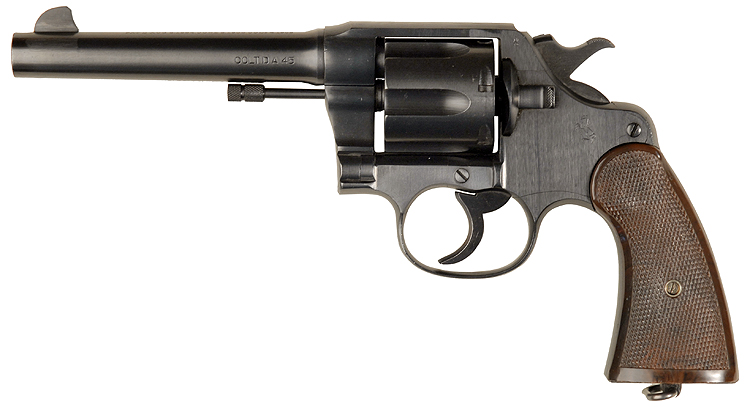 Bring them back at an affordable price point with plenty of moon clips, and you’d have an extremely fun revolver, especially if they look as nice as the SA-35. Springfield Armory hasn’t done a revolver, but this would be the perfect six gun to reboot as a first go around.

Retro rifles are hot right now, and Springfield already makes ARs, so this seems like an easy extension of that line. Brownells and Troy make retro guns, but more options are always nice, and lower-priced options would be fantastic. The M16A1 might not rock rails, and attaching optics isn’t super easy, but it’s light and handy. 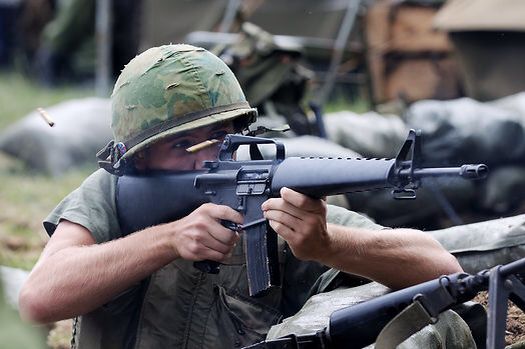 The fixed stock, iron sights, and light design make it a fun shooter but also somewhat practical. Heck, you make an M16A1 with an optics rail, and it would be the handiest ranch rifle out there. However, make the fixed carry handle model first, then do other options. Also, if they do it for less than 800 bucks, it’d be tough to beat.

I like the reboot theme the industry is going through right now. Colt brought back the Python, Glock did the P80, and Springfield Armory hit us with the SA-35. A lot of these guns have a rich history but are impossible to get hands-on without several thousand dollars and some Gunbroker patience. If you rebooted the five guns above, I’d be more than set…for a little while anyway.