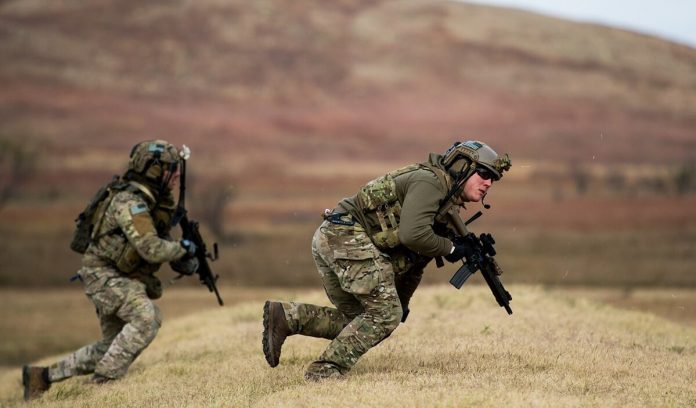 A 1,000 dollar rifle, a 500 dollar armor setup, a 700 dollar handgun, and enough ammo to arm an Albanian death squad means absolutely nothing when you die from heart disease at 62. For a group of people who dedicate themselves to self-reliance and survival, we can be a fat bunch of folks. A day at SHOT tells you that the Las Vegas local Walgreens has to increase its supply of Insulin in late January. Fitness should be an important part of your shooting regimen.

Don’t get me wrong, I’m guilty too. I ballooned after leaving the Corps. Keeping the same eating habits without 20 hours of exercise a week can do that to a guy. Just know I’m speaking with love and experience when I say that I want to see you guys stick around and continue to fight for American rights and freedoms. Fitness became important to me for a variety of reasons and dropping 65 pounds didn’t just lower my blood pressure and make skinny jeans options. It made me a better shooter.

Fitness, Firearms, and You

You don’t have to get an 8 Pack and 24-inch pythons to be considered in shape. You don’t need to run marathons either. In fact, all you need is about half an hour a day to dedicate to some form of exercise. My coworker walks every day and has lost a hundred pounds, he does walk 15k steps though. I try to do half an hour to an hour every day and it ranges from a nice long walk to lifting weights and running sprints. It doesn’t have to be a crazy Pat Mac workout, it can be, but doesn’t have to be.

When I started working out and dropping weight I started seeing some immediate results. First off I was stronger. This new found strength made it easier to handle heavy recoiling guns like the Mossberg Shockwave, and shotguns in general. It also allowed me to have a better grip on handguns and even rifles. With my increased flexibility I could better hold and move with a weapon as well.

Behind a scope I wasn’t breathing so hard, and also the absence of my massive gut gave me a lower prone position. This made my prone position more stable and I was more accurate at longer ranges.

Also, I had way more stamina. A long-range day didn’t leave me dying and sore the next day. I could make the most of my time and training because I wasn’t exhausted.

Do you know what makes it hard to focus on the front sights or on your shooting in general? Dehydration. It makes everything you do sloppy. Proper hydration is the first important step in proper nutrition and general fitness. Beyond that the cognitive effects of proper nutrition and hydration are numerous and shooting is a very mental activity. Fruits, vegetables, good fats, and white meats will make it much easier to focus on shooting and achieving and succeeding in drills.

The hardest part is starting, and then keeping to it. It does get easier, and you don’t have to live like a vegan. I get my occasional Taco Bell meals and I still drink my beer. Don’t apply a purity test to yourself to get fit, but reducing your soda intake can be a big step forward to losing weight and getting healthier.

Gym memberships are expensive, exercise gear is expensive, and so is ammo and guns. The good news is bodyweight exercises are an efficient way to work out, especially for beginners. If you are still lost there is a cool fitness website called DareBee. They have tons of workouts that need zero equipment. They all have a simple infographic to follow and range from a basic workout to some seriously advanced and challenging stuff.

Besides that, there are 30, 60, and 90-day programs as well as fitness challenges, Yoga, diets, and a message board. It’s simple and easy to navigate. Give it a month of work and you’ll see the results you want and need. You’ll be a better shooter, and in a violent scenario, you’ll be better equipped to run and fight. That’s why you train with a gun right? So apply that to your entire body and your health. 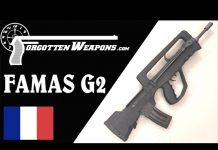 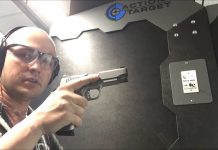