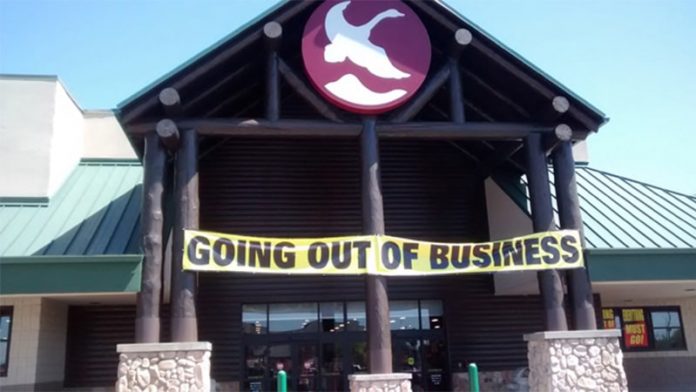 The first round of re-branded Gander Mountain stores will open early next year, according to federal regulatory filings.

Camping World — the nation’s largest recreational vehicle dealer — detailed its plans in a Securities and Exchange Commission filing Monday to open the first 15-20 new Gander Outdoors locations by the end of the first quarter on March 31, 2018. Another 40-45 could open by the end of next year’s third quarter in September.

CEO Marcus Lemonis — who led the investor group that bought out Gander Mountain’s intellectual property and store leases in an April bankruptcy auction — said in August some of the new stores would open as early as next month. So far, the company has spent more $8.7 million on “pre-opening costs,” according to the filing.

“We believe to have a unique opportunity to expand into the broader outdoor lifestyle market and leverage our existing array of products and services,” Lemonis said during a conference call with investors in August. “We’re focused on locations that can offer all of our Gander, Overton’s, Camping World and Good Sam products and services for the RV, boating and outdoor lifestyle.”

Gander Mountain filed for Chapter 11 bankruptcy protections in a Minnesota federal court on March 10. Less than a month after Lemonis bought out the company, he changed its name to Gander Outdoors and announced he would close half of the chain’s 162 locations as he attempts to fix years of “undisciplined inventory buying,” including $100 million wasted on a “bad assortment of guns.”

Camping World reported “record” earnings in August, raking in $1.3 billion in the second quarter — a 20 percent increase over 2016. Preliminary estimates for the company’s total profit through Sept. 30 show similar double digit gains, according to the SEC filing.

The Gander Mountain acquisition, however, comes with a number of uncertainties, the company said in its filing. The ability to keep valuable employees, attract new ones and secure amenable borrowing terms to finance the expenses related to the new stores could impact profitability, as well as potential lawsuits from selling guns and ammo.

“We may incur damages due to lawsuits relating to products we currently sell as a result of the Gander Mountain Acquisition and the opening of Gander Mountain retail locations, including, but not limited to, lawsuits relating to firearms, ammunition, tree stands and archery equipment,” the filing says. “We may incur losses due to lawsuits, including potential class actions, relating to our performance of background checks on firearms purchases and compliance with other sales laws as mandated by state and federal law.”

The company warns inadequate liability insurance or exorbitant claims could hurt Camping World’s bottom line, forcing it to stop selling the involved products entirely. “Even unsuccessful claims could result in the expenditure of funds and management time and could have a negative impact on our profitability and on future premiums we would be required to pay on our insurance policies,” the filing says.

In 2005, Congress passed the Protection of Lawful Commerce in Arms Act, effectively shielding gun makers and dealers from liability when criminals use their products. The bill came in response to a series of lawsuits in the 1990s and early 2000s claiming the gun industry engaged in “negligent marketing.”

The bipartisan-backed effort offers a few exceptions to the law. If a gun malfunctions, the manufacturer could be held liable. Likewise, a gun dealer who knowingly sells a gun to a buyer intent on using it illegally could be sued by the buyer’s eventual victim.