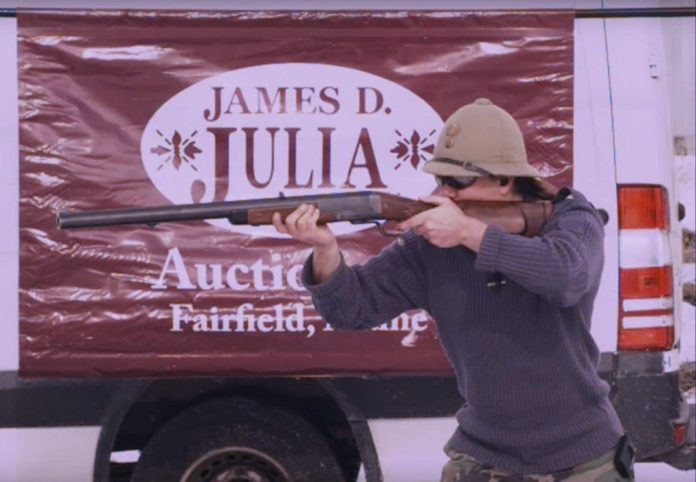 With a gun that looks like it came from the prop room of a Jumanji sequel, Ian from Forgotten Weapons sets off a 19 pound, 4-bore single-barrel rifle.

The particular example in Ian’s capable hands is an ode to the classic safari rifles of yesteryear and is a custom build on an Army Navy Supply frame by J.J. Perodeau of Enid Oklahoma. If you are curious as to the artillery shell fired, its a 1750-grain lead bullet over 325-grains of Goex Fg.

With the muzzle velocity topping 1,300fps, the math on that works out to something like 7,000 ft./lbs of muzzle energy. For comparison, a .30-06 is typically less than half of that in spicy load– and with modern smokeless powder.

So yeah, that’s a big pill.