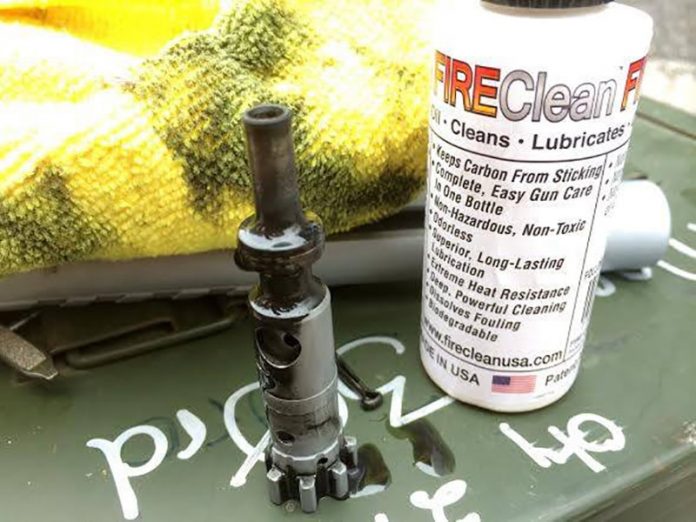 A federal judge described most of what was requested in discovery by FireClean as a “fishing expedition” in the company’s case against two bloggers whose work found the gun lubricant akin to cooking oil.

Regarding FireClean’s requests, the company did not establish connections between bloggers Andrew Tuohy and Everett Baker to Virginia, where FireClean operates, said Judge Michael Nachmanoff in his order filed June 14.

“(FireClean’s) discovery requests appear incapable of establishing connections between Defendants and Virginia that would be legally sufficient to justify the exercise of general personal jurisdiction,” he said, and called information the company requested irrelevant.

“Even were the information (FireClean) seeks relevant, (it) has not shown that granting discovery would likely produce probative evidence—that the requests at issue amount to more than a mere ‘fishing expedition,’” he said.

According to the order, FireClean requested details about Tuohy and Baker’s websites, like subscriber lists, annual revenue, server locations and communications between Tuohy and FireClean. The company argued the defendants, with their online content, targeted Virginia readers.

FireClean filed the defamation suit in March, about six months after Tuohy published a report on his website Vuurwapen Blog that described the gun lube as “modern unsaturated cooking oil.” His conclusion was derived from a scientific study to identify the product’s chemical makeup.

Baker was named in the suit because he published a similar conclusion on his website Granite State Guns after performing a secondary test and listing Tuohy’s work as inspiration.

Tuohy said he initially pursued the topic after hearing a rumor that FireClean was “Crisco” cooking oil, which was initiated by one of FireClean’s competitors who was named in a separate defamation suit.

In the initial complaint, FireClean said Tuohy and Baker conspired to mischaracterize its product and their tests were inadequate in identifying the chemical composition of its product.

In response, Tuohy’s defense called the lawsuit “a classic example of a business using litigation to suppress negative consumer reports.”