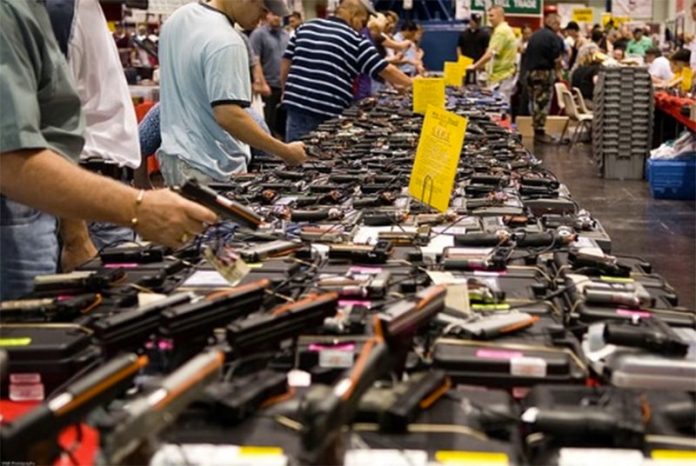 Firearms record keeping isn’t glamorous, entertaining, or fashionable but it should be something everyone of us in the firearms community does. I will be the first to admit it’s a drag to do, especially if you like to engage in what us old timers refer to as “Horse trading”. We have all traded guns, or bought them from private citizens or from stores, its part of what makes this hobby great. In the not so recent past we featured an article from Steven Hildreth Jr. that outlined some things to look out for and ways to protect yourself during private gun sales. That is an excellent article and in our opinion everyone should refresh their memories occasionally and remind yourself how to safely handle private gun sales. In the article Steven talks about providing and getting a bill of sale for the transaction, this is the first step in the process of firearms record keeping.

We decided to expand on that article to show you some reasons why in this day and age firearms record keeping is important not just for the owners of Federal Firearms Licenses, but for private sales as well. Some states now require registration of sales or background checks be performed between private sales, other states like the one I live in put the responsibility on the person selling the firearm.

Steven covered this part very well in his article, but I do things a little differently that he does so I decided to include some of the things I put on a bill of sale between two transferring parties. I list all the information on two sheets of paper, one for each of us.

Number four on the list is something I recently added to my bills of sales after much deliberation. I will also note on my copy of the paperwork when I get home where I transferred the gun, the time of transaction and how I came to meet the person. It may sound overly cautious but I also try to note the type and model of vehicle to person was driving. Some people may think I’m going all secret squirrel on gun sales and trying to make it feel like clandestine operation but if that gun ever gets used in a crime and I have members of the Law Enforcement world interviewing me I’m not going to be the one sweating under bright lights.

Other Reasons for Record Keeping Include

Protection: Playing cover your ass or “CYA” incase someone uses one of my old firearms for illegal reasons isn’t the only other reason I keep records of my firearms. In 2013 my wife parents had a house fire and it was a total loss, they lost everything including all their firearms and when it came time to settle up with their home owners insurance, yep you guessed it they wanted lists of models, serial numbers of everything they owned not just firearms. it was a nightmare and part of the series of events that made me change the way I did things with record keeping as a whole.

Simplicity: I don’t like to think much unless I have to, I will freely admit that it is much easier for me to go pick up a single spiral bound gun transaction and inventory book to find answers. Using something as simple as the type of firearms records books that Federal Firearms License holders use to list your firearms is one of the simplest ways I know to keep an accurate inventory. Call me old fashioned but knowing what I have and how many of them I own is comforting to me.

Sometimes it the Law: In the cases of people who operate under the oversight of the Bureau of Alcohol, Tobacco, Firearms, & Explosives keeping accurate records is the law. There are 11 different types of FFL’s not including the three groups know as Special Occupational Tax Classes or SOT’s who deal in Class 3 and National Firearms Act weapons. Of those 11 types of FFL’s , there is one that is becoming increasingly more common and that is the FFL Type 3: Collector of Curio & Relics.

The Type 3 FFL is for personal collecting of weapons that do not fall under the governance of the National Firearms Act and are at least 50 years old. It is not a license to deal in firearms for profit or to engage in anything the BATFE or the Internal Revenue Service would consider a business. That being said there are legal requirements for that type of FFL also.

When it comes to firearms record keeping for personal sales, probably not. That being said I’ll play devils advocate and ask, how would you feel if you are sitting in front of an FBI or BATFE agent getting asked about a gun you sold last year that was used by a mass shooter. I would rather be overly cautious and have some degree of peace of mind. Now in situation where you are operating an FFL as a business, you bet its important as well as legal. If you don’t think that the BATFE looks carefully at all records, just remember back to December 2015 when this picture was on the front page of the the Hartford Courant Newspaper in Hartford, Connecticut.

Stop and consider the ramifications of the series of mistakes that got Stag Arms to the place they were in when this story broke. The BATFE actually strong armed company owner Mark Malkowski to sell the company he owned and step back and have nothing to do with firearms manufacturing again. The list of record keeping issues was serious and involved unregistered machine guns as well as complete missing firearms that couldn’t be accounted for. The company also had their FFL suspended for a time and fined $500,000 in addition to the felony conviction and $100,000 fine Mark Malkowski also had to endure.

While I realize that this situation was a serious breakdown of several layers of company safety systems, it all boils down to one thing, firearms record keeping. As much as I hate to say it in 2017 despite the anti gun democrats being defeated in both national and local elections, there are still anti gunners out there. The anti gun world will not hesitate to pounce on perfectly legal gun transaction if they think they can paint a picture of shoddy gun sales. There isn’t a one size fits all method for firearms record keeping but if you have a system that works I would stick to it. If you don’t have a system, it might be time to look at the realities of life in 2017 and make some adjustments.

A final note and word of advice is I would keep at least two copies of your transactions and inventories. I keep a paper copy and a copy on a flash drive. I also incidentally keep photos of all my firearms to include serial numbers in case they ever get stolen. Keeping accurate records and being able to provide the serial number to law enforcement in the event your gun ever gets stolen will help increase the odds that if a firearm is stolen from you it might be eventually returned to you. That was the case with my Sig Sauers P228, it took over five years but I finally got my pistol back. We hope this article gets you to think about how to record and store your firearms records for safe keeping.

Link to the full story on Stag Arms from December 2015 at www.courant.com