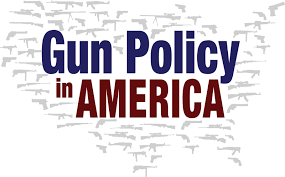 [Ed: Here’s another example of the horrendous “research” we encounter every week. Thanks to DRGO writer Dr. Thomas E. Gift who pointed it out and gave us his read on it, which is incorporated here.]

“Firearm Policies That Work” just came out February 25 in the Journal of the American Medical Association. The authors are April Zeoli, a new name from the Michigan State University’s School of Criminal Justice and Daniel Webster, an old hand at anti-gun research from the Center for Gun Research and Policy at Johns Hopkins’ Bloomberg School of Public Health. Which is where Zeoli did her graduate work. Both the title and the Bloomberg source in particular tell us what to expect.

And that’s what we get, from the very first paragraph. Our total “gun deaths” rank second only to Brazil in the world. Of course, our per capita rate is much more respectable, ranking midway in the world, since we are Earth’s third most populous nation. (We won’t bother to mention the problems of incomplete reporting of the number of shootings in much of the less developed world. And comparing these human costs to the benefits in lives saved and injuries prevented by defensive gun uses just does not fit the one-track thinking of such “experts”.)

Not yet out of the first paragraph, they go on to say that “laws restricting access to firearms for individuals at high risk of the future commission of violence, based on their previous behaviors, may reduce firearm-related injuries and deaths. . . thus, there remain opportunities for enactment and implementation of these laws . . .” Is that too obvious? The paper’s agenda is to reinforce the idea that more laws “may” reduce shooting casualties, and we should take every opportunity to pass them. “May” is the weasel word that reveals their own awareness that more laws won’t necessarily do that—and we well know that with 20,000+ plus gun laws already in place, the evidence shows that more laws can’t.

They get something right in pointing out that past behavior is the only useful indicator of future behavior, meaning violence for this discussion. Listing studies that demonstrate that’s true for firearm use adds nothing substantial, but implies there is something special about violent men using firearms that they couldn’t accomplish otherwise.

Be alert to their reference to “case control studies”, too.  In these, rather than examine real-world changes in trends of the possibly dependent variable (e.g., shooting deaths, violent crime, etc.), researchers choose and shape control comparisons to fit the study topic. You know what it means when researchers get to make up their own control sets, right?

Further on, we learn that “the odds of intimate partner homicide were higher among violent male intimate partners who had access to a firearm . . .” Does that mean that access to a gun promotes homicide? They might like us to think so. But it also can mean that more violent males who would murder are more likely to get and use guns. Or that when a gun is present there’s more chance of a shooting than when a gun is not available (a tautology). Association is not causative, which the word “odds” implies. (See our “Reading ‘Gun Violence’ Research Critically” here if such manipulations interest you, with its companion article here.)

They tout adding dating partners to the roster of restraining order-eligible parties, and denying firearms along with those orders. Yet their own numbers show that when this “broader group of high-risk individuals are prohibited from firearm access” there is actually a slightly higher rate of intimate partner homicide, with an insignificant improvement from the calculated baseline rate. “Mixed” evidence, indeed.

Throughout the paper, research comparing one state to another, or somehow calculating the effects of a law after it is enacted, is proffered as definitive. (For example, here.) But the only meaningful control for an intervention is the change in trend of the study variable in the same place before and after the intervention. Otherwise, it is comparing apples with oranges. And even then the problem of confounding, sometimes unknown variables can exist during the same time period that are more likely causes of change than the studied variable may be. Just because associations are seen does not prove they are primary cause and effect.

A final swipe is taken at the substantial body of research that clearly shows that expanding concealed carry is not even associated with greater homicide or violent crime rates. John Lott has done yeoman’s work for years on this, and the most recent (contradicting their claim) and excellent study of nationwide trends came from DRGO author Mark Hamill, MD.