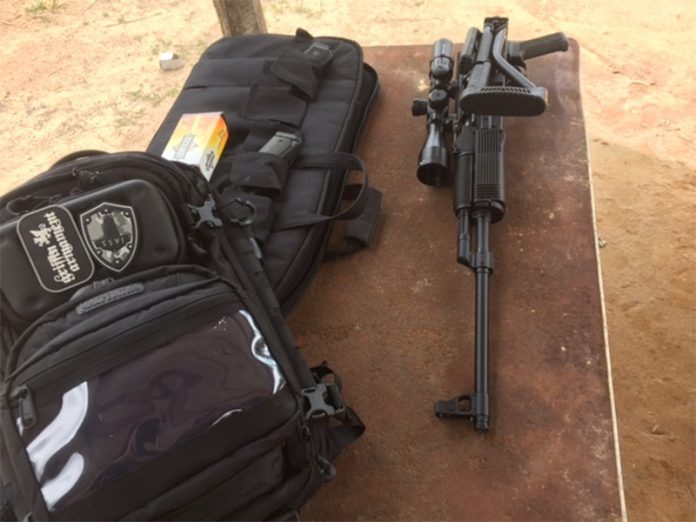 An Offer I Couldn’t Refuse

When the FIME Group gave me the opportunity to procure a pre-release version of an AK platform rifle from the well-known Russian Molot factory, I didn’t hesitate to accept.

When I learned that the rifle they were sending would be chambered in .308, I was intrigued.

AK type rifles chambered in .308 have been around for a while, but I haven’t had much experience with them. When I saw that this rifle didn’t come in a traditional sporting configuration, I was even more interested.

After a few initial weeks of testing, my interest is truly piqued.

It’s becoming increasingly apparent that this rifle type in this chambering has real potential. 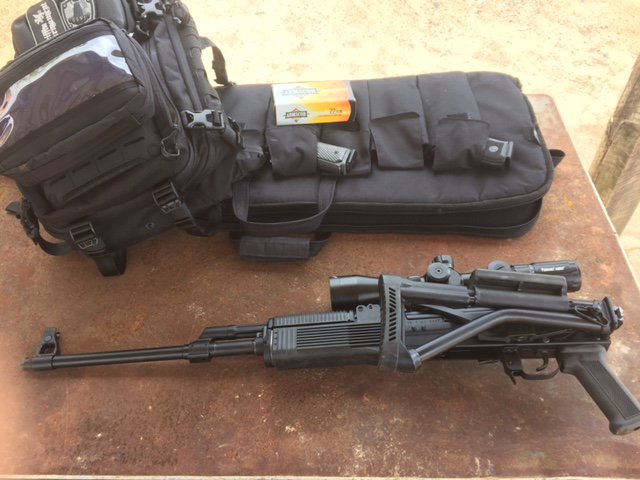 The FIME group says that the end user should see almost half the bullet drop in .308 Win vs 7.62x39mm and over double the energy levels at 500 yards. With the longer 20.5” barrel, it improves the accuracy and muzzle velocity by allowing for an increased burn rate.

Due to schedule constraints, I haven’t been able to get the rifle to a range beyond 100 yards, YET. The day is soon approaching. I have installed the SM-13 Arsenal scope mount and sighted in a Primary Arms 4-14 HUD DMR scope with ACSS reticle, and the initial results are promising. 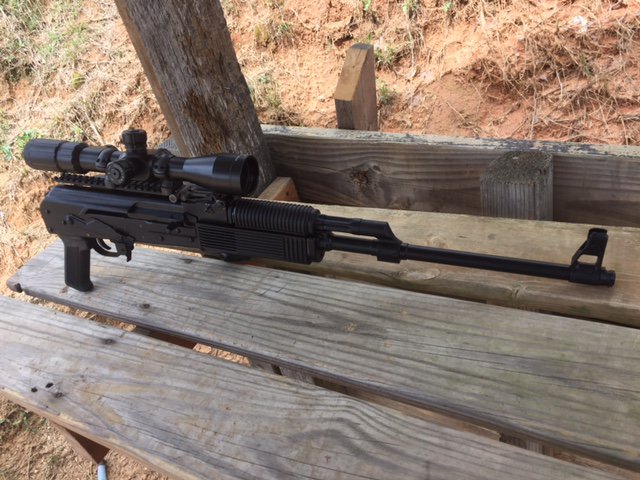 You may be looking at this gun, considering it as a hunting candidate (in states where semi-autos are legal options). Even more likely, you are considering DMR options and are a fan of the AK.

So far, I have nothing to report but the AK reliability you’ve come to love and respect. My .308 stock is in short supply, so I’ve put less than 200 rounds through this rifle so far. However, that shooting has ranged all the way from bottom of the barrel steel cased ammo up to match grade stuff. The target photos that I’ve included here are with run-of-the-mill hunting loads and budget target loads. I’m really interested to see if this rifle and others like it become mainstream. I have a feeling that with groups like rifle dynamics working on long range AKs, it is more likely than in the past. The reason I’m interested is that though I’m fine with 10 round mags for my purposes, many will write this off as a DMR option because 20 round mags are not readily available. I do think the Suarez group was making 20 rounders for Saigas at one time or another.

If this rifle becomes as popular as I think it might and a viable 20 round mag option doesn’t materialize, I predict a conversion kit will. You know, one like folks implement to use AR mags in .223 AKs? In my view, it would be better if consistent 20 round VEPR mags became a readily available commodity. Time will tell.

Telling the future isn’t my role. Dealing with the reality of the present is. I make no claims about being a tactician or fighting guru, but my current opinion is that this rifle in its current configuration would be well-suited to both hunting and defensive applications. 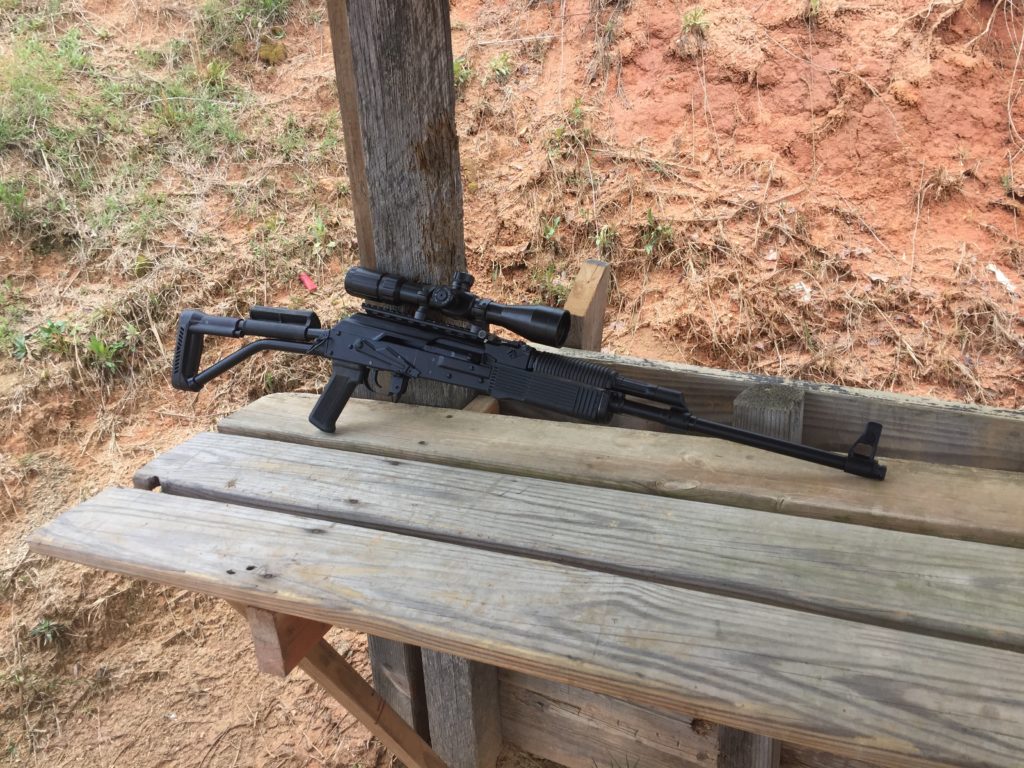 The folding stock is nothing new for AKs, but it’s not something that’s common in .308s. I had a Ruger Precision Rifle that had a folding stock, but that was a much heavier rifle. Some might be concerned with a tubular folding stock for a rifle that is likely to be used for longer range shots. I’m no long range expert, but my experience with this stock so far is that its folding mechanism errs on the tight side to maintain a rock solid base when in place. This rifle has a funny little adjustable cheek riser that does its job well. It’s not gonna win any beauty contests, but let’s be honest– this rifle is way more likely to enter a cage match than a beauty contest anyway. I’ve seen guys with a towel duct taped to their DMR; this is certainly more attractive and purposeful than that. 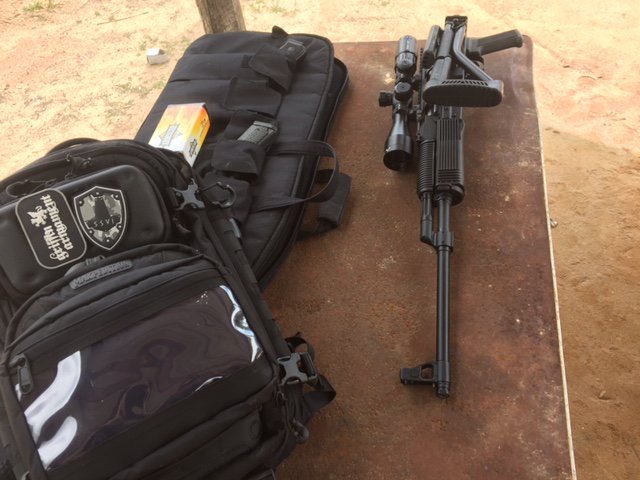 FIME group says this rifle should show 1.25” to 1.5”. That’s in step with the performance I’ve seen so far from this chrome-lined, hammer-forged barrel, when I do my part.

I like the thinner front blade on the RPK style sights. Adjusting windage and elevation is easy and effective.

This VEPR’s stamped receiver is 50% thicker and uses reinforced trunnions, presumably due to the larger caliber. The FIME fire control group comes standard in these rifles, but these are parts that you can pick up separately for your AK if you like. I like the trigger— it would be great for hunting. Someone with more DMR experience would have to comment on whether it’s good enough for that application or not. It’s good enough for my current skill set. When I get better, I may or may not consider more options.

The design of this plastic hand guard isn’t exactly my thing aesthetically, but I have no grievance against its performance. I think I may be looking for the best way to mount a bipod on this gun in the near future. 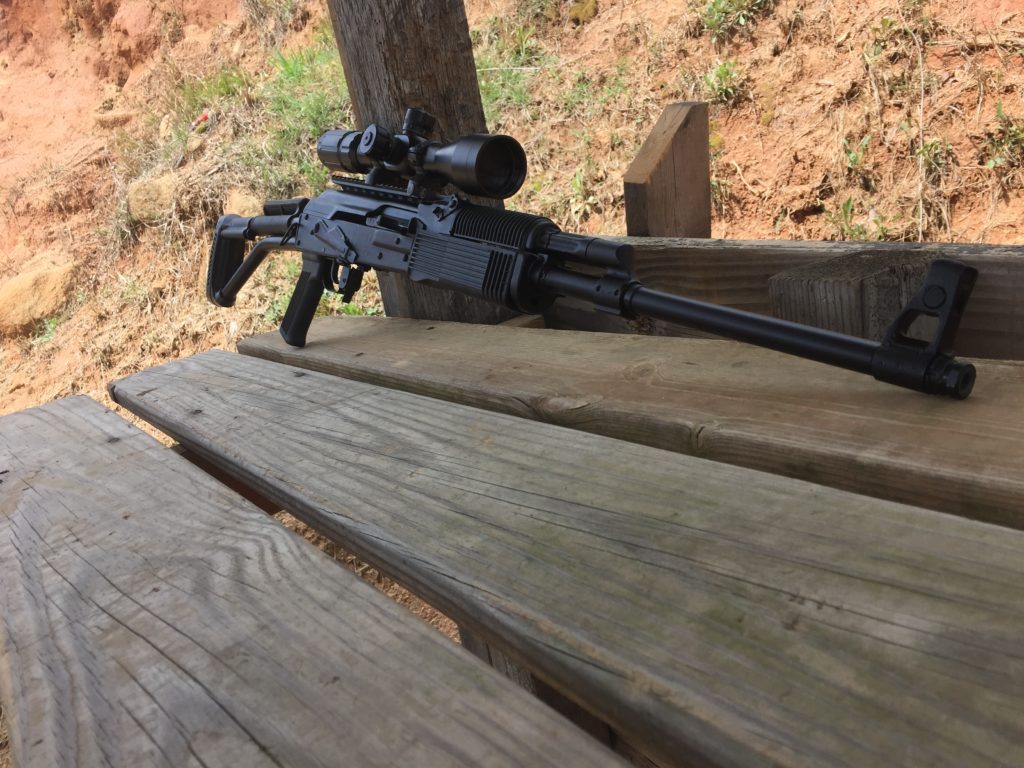 In my testing thus far, the VEPR has performed well…just like you’d imagine an AK in .308 to feel. It’s simply fun to shoot, 100% reliable, and up to the task when it comes to accuracy.

With an MSRP under 1300, some will look at this as a battle rifle option. I get that; in fact, it makes more sense to me in that role than some other battle rifle options, but I’m of the camp looking for something lighter in a fighting rifle.

Call me a wuss all you want, but I grew up backpacking and grew up lugging a Remington 700 BDL through the mountains of WV. I don’t care what you call me, I believe a light gun with lighter ammo is the way I’ll roll. However, if someone begins to produce those 20 round mags, I believe this will become a major player in the battle rifle conversation.

I need to hear from you. Those of you that have been following my DMR project know that I’m vested in the M14 rifle type. I have a Springfield M1A. Would you be interested in the results of putting this rifle head to head against the VEPR?