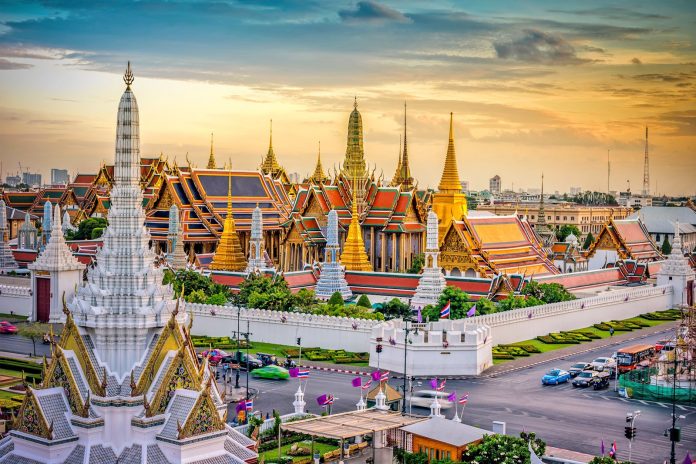 BANGKOK, Oct 6 (Reuters) – A former policeman killed 38 people, including 22 children, in a knife and gun rampage at a daycare centre in Thailand on Thursday, later shooting dead his wife and child at their home before turning his weapon on himself, police said.

The children at the daycare centre in Uthai Sawan, a town 500 km (310 miles) northeast of Bangkok, were mostly stabbed to death, they said.

Police identified the attacker as a former member of the force who was dismissed from his post last year over drug allegations and he was facing trial on a drugs charge. Read on.

So here we are again, breaking all the alleged rules of gun violence. A police officer, no former does not matter here as we entrusted this man with community protection and enforcement of the law, went to the daycare center of his child and upon finding that child already at home went on a killing spree against the staff, children, and finally home to his wife and child, ending with suicide.

An event we are constantly shilled as happening only here. Despite the last two major ones happening in Russian and now Thailand, those facts would be casually dismissed as neither of those nations are seen as “civilized” in these conversations. We can’t expect non-violence out of them after all, they’re savages who don’t know better. We use the same excuse for inner city violence but nobody likes talking about that either.

Russia may be at war with Ukraine. The RUAF and their partners have committed war crimes against the Ukrainian people, but that doesn’t make a former student gunning down students at his school, wearing a swastika, with a converted pistol, any less horrific an event. The fact that this Thai officer was under investigation doesn’t mean that the nation hadn’t entrusted him with the very thing that gun control proponents here state should be the sole power of the government.

We see government atrocities and personal atrocities by government officials abusing their powers constantly, and yet the argument remains that we should give the monopoly of violence to this repeatedly provably fallible entity instead of keeping the power of force distributed.

The concept of an armed society is not the naïve belief that nobody will misuse force, it is that a misuse of force can never rise to a catastrophically one sided level. That can and has happened repeatedly throughout history when a group has a force monopoly, legitimate or otherwise. Look at the Taliban in Afghanistan right now, they weren’t elected, the population doesn’t like them. They have to accept them though, as the group with the monopoly on violence. The elected government crumbled and the small pockets of tribal resistance do not appear to be in a position to reassert a more popular and legitimate form of governing monopoly at this time.

But back to Thailand…

Stress from what may have been an entirely legal and fair trial triggered a massacre. The choice of the former officer, perhaps made as he went to the daycare, perhaps triggered by not finding his child there, was catastrophic. But in either case of choice, the government failed to stop it and could not stop it without preemptively imprisoning this man, which could have caused a myriad of other issues that were probably risk weighed as to why this former officer was not in prison awaiting trial.

Gun controllers will, once again, point to this as an example of what or why or how their pet policy would be better, despite the complexities of human behaviors making their rubber stamp, one dimensional, “this’ll fix it!”, ideas not standing up to the machinations of a single motivated mind.

We have laws that declare nearly identical firearms safe or dangerous based on fractions of an inch, the listed purpose of a threaded on muzzle device that deflects gas, by whether or not you can put your thumb around a grip to the other side, or by whether or not the stock can be adjusted to fit your body. It’s equivalent to declaring a car safe or dangerous by the shape of its door handles and whether or not its seat can adjust. It’s stupid, and we have political factions dedicated blindly to the stupidity. All this effort… and it won’t do a thing.