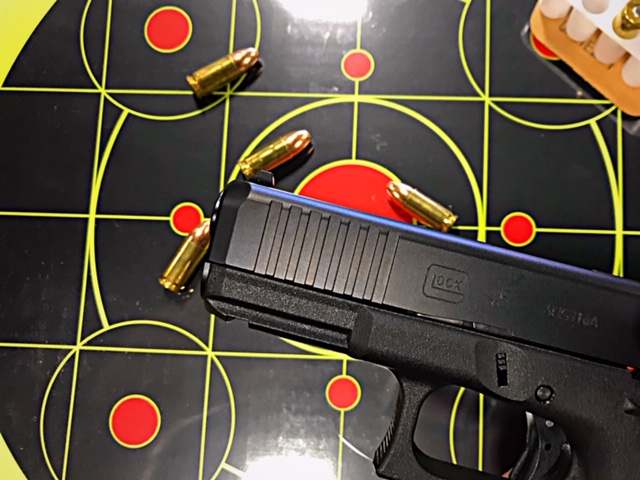 Train like you fight. When I was younger I never put much though into that phrase.  I was an avid hunter so taking a life did not seem like it would be an issue.  I was a good shot with a firearm and never had issues qualifying.  Shooting came pretty easy to me, so I did not feel I needed to do anything more.  This November marks 17 years since my training outlook changed.

It was a cold dark November night, dispatch received a 9-1-1 call ” A man broke into the house and is killing everyone inside.  They are all dying”.  Several officers responded and I was closer than most. My foot pushed the accelerator to the floor.  I remember seeing the speedometer pass 100.  It seemed like it took forever to get there.  When I arrived I saw a single wide mobile home surrounded by lots of trees, a grey car parked in the driveway with two occupants, and another Sheriff’s Deputy.  There were no lights on in the trailer.

We had an analog radio system back then and depending on where you were in the County you had really bad reception.  This was one of those places.  Our back-up communication was Nextel, which had worse reception than our radios.  I made my way over to the other Deputy who had taken cover behind a large tree.  When asked for a sit rep they responded ” I went to the door, a guy opened up the door and raised a shotgun, I bailed off the porch and took cover here.”

Other officers started arriving, the Deputy I was with went to the cruiser to call the guy out with the P.A system.  It did not work.  The PA was too quiet, I barely heard it and I was only 30 feet away.

The deputy grabbed the AR-15 and returned to the cover of the tree.  While attempting to load the rifle the rounds kept ejecting or getting jammed up against side of the chamber.  Our attention was on the malfunctioning rifle when a State Trooper pulled into the driveway and ordered the guy out of the house.

He came out of the house and proceeded down the stairs,  I was still distracted by the failing rifle and neglected to see him raise a knife.  I heard an officer yell ” Drop the knife, Police”.  As I looked up I saw him with knife in hand make a dead run towards the other deputy and myself.  Only 20 feet away panic set in as I unholstered my Glock 22, put that front sight square in the center of his chest.  I immediately went into deer hunter mode.  Telling myself I had to get one good clean shot.  Slowly pulling the trigger back just like I would if I were taking a deer on opening day.

It seemed like time stood still.  I had all the time in the world to line up the shot and squeeze the trigger.  Other officers were yelling ” shoot, shoot, shoot” I never heard a one of them.

Just as the trigger reached the breaking point the suspect dropped to the ground.  I rushed up to him, told him to drop the knife. he replied ” I can’t, I am dead”. In the immediate time frame after the shooting it was unclear who pulled the trigger.  I was not sure if it was me or the other deputy. 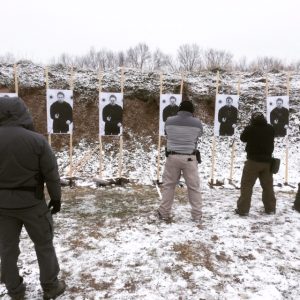 Seventeen years later looking back at that night I can say I was completely unprepared mentally.

I am a highly competitive person.  I never took my training seriously.  Qualifying was just a game to me.  Paper targets were just a way to show how good I was with tight shot groups. It was all about me scoring higher than the officer next to me or my squad out performing the other squads. My mindset back then was completely wrong.

I should have visualized the targets as threats.  I should have been mentally engaged in stopping a threat instead of getting a high score.  My shots should have been fast, deliberate and accurate. I got lucky that night.  I got to walk away and take a second chance at life.

The biggest mistake I made that night was getting complacent and distracted.  When something does not go right I diagnose and fix the problem.  I am a fixer.  In this case there was not time for that.  Once the rifle failed I immediately should have abandoned that idea and worked on the next. We should have just dropped the rifle and went to our handguns.   If I would have done that my gun would have been unholstered, I would have been intently paying attention and engaged in the scene unfolding in front of me.  I would have seen him go for the knife, not have been caught by surprise. I would have realized much faster that I was his target.

Instead I was out in left field. I was no where near the correct part of Coopers Color Code to effectively handle this situation.

It is a big responsibility that deserves my full attention. They say there are no second chances, but seventeen years ago I got one.  If I can instill one thing to those I talk to it is that under stress you will fight how you trained.  Knowing that is your training up to your standards?