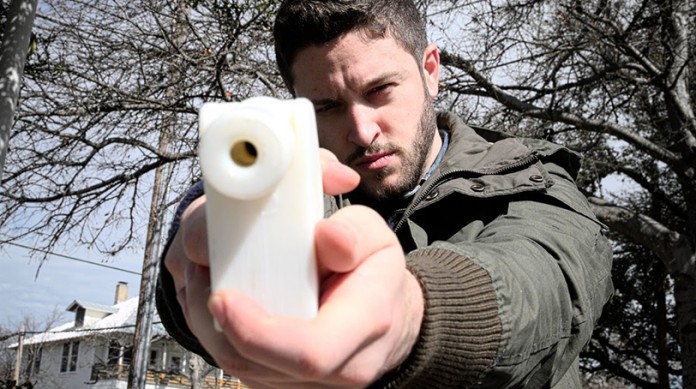 Despite a recent setback earlier this month when a judge denied Defense Distributed’s request for preliminary injunction against the State Department for prohibiting online posting of plans for a 3-D printed pistol, the case is moving forward to the U.S. Court of Appeals.

The company’s president and self-proclaimed anarchist Cody Wilson announced on Twitter this week that his case was picked up by the 5th Circuit of Appeals.

Attorneys for Defense Distributed filed the motion for injunction to halt enforcement of prepublication approval of the unclassified information under the International Traffic Arms Regulations, which seek to control the export of defense-related technology.

Recently added was a provision to the regulations that includes the control of technical data, which plans for Defense Distributed’s printable gun, the “Liberator” would fall under, the federal government claims.

The National Rifle Association called the move a curb on free speech and claimed it could limit what blogs and other websites would be allowed to publish in terms of firearms-related technical information.

Wilson previously told Guns.com the move is directly related to his case and that “Its timing could not be coincidental.”

Blueprints for the single shot pistol were released online in May 2013 and the federal government ordered Wilson remove the plans from his website soon thereafter, claiming “control of the information.”

Wilson’s pistol gained attention instantly, with its blueprints downloaded almost 100,000 times in the first two days of its release. Though Defense Distributed took its Liberator files offline, the blueprints persist on torrent sites across the Internet and out of the U.S. government’s reach.

Wilson teamed up with gun rights organization the Second Amendment Foundation in May to challenge the Department of State.

“Americans have always been free to exchange information about firearms and manufacture their own arms,” said Alan Gottlieb, SAF executive vice president, in a statement at the time. “We also have an expectation that any speech regulations be spelled out clearly, and that individuals be provided basic procedural protections if their government claims a power to silence them.”