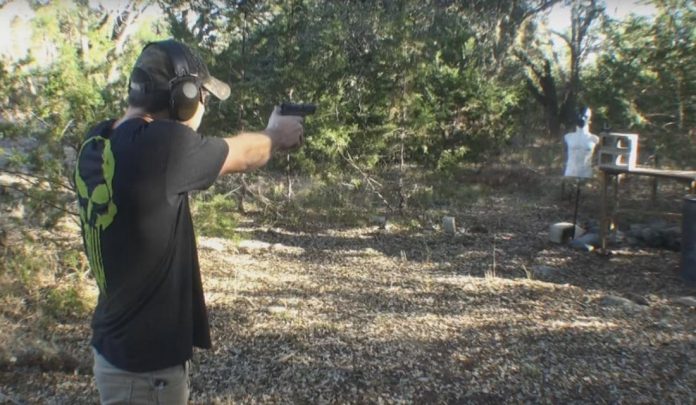 The Demolition Ranch has done lots of ballistics testing in the past few months so it just seemed logical they would take on a bullet proof mask with everything from .22LR to .500 S&W.

Protective facemasks, whose concept goes back to the bronze era, have made a reappearance in the past decade or so with the Army of Two series as well as in combat use with aircrews in all points Middle East. Heck Taiwan’s special forces even rock out Jason-esque style face pro for a show of force at parades and the occasional house party. The ballistic face shield DR is shooting up is rated to NIJ Level II which means it is resistant to 9mm or so.

So of course they got pretty far past that down on the Ranch.