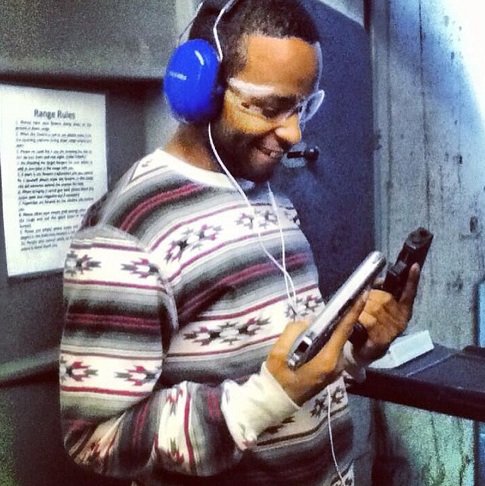 Boston native Kwmaine Davis didn’t think there was any harm spending the day at a gun range, and he was happy to share his trip with his friends via Twitter.

Unfortunately for Davis, one of his followers was a Boston law enforcement officer.

“Yes, I’m really bout that action,” announced Davis along with his photo of himself holding guns akimbo. If he were not a felon, this wouldn’t have been a problem.

Convicted once before of illegal gun possession and twice a gunshot victim, Davis had no business handling firearms. A federal judge has sentenced him to 18 months in prison as a result of his self-incriminating photo.

Davis, 23, plead guilty in exchange for a sentence he and his attorney agreed upon with the prosecution.

He has been involved with the local H-block gang from the age of 13 although since his previous incarceration his attorney says he has made an effort to turn things around. Davis’ lawyer, Joshua Hanye said Davis is “ready to make a change.”

Before handing down the sentence, U.S. District Judge Denise Casper told Davis, “At the end of the day, it’s up to you, and I wish you good luck.”