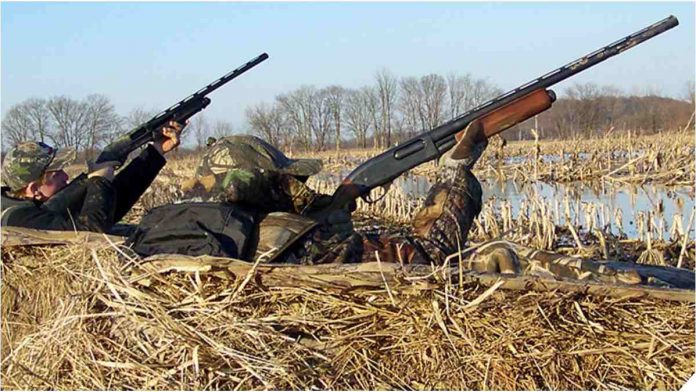 A pair of long-standing federal excise taxes on hunting and fishing gear has produced over $21 billion in funds for conservation efforts at the state and territory level over the years. (Photo: USF&WS)

The U.S. Fish & Wildlife Service on Monday announced over $1 billion in funding collected from the long-standing excise tax on the sale of guns, ammo, archery, and fishing equipment.

The funds were collected included $673 million from the Pittman-Robertson and $365 million from the Dingell-Johnson programs, which have levied taxes against manufacturers of hunting and fishing equipment since 1937 and 1950, respectively. The initiative makes America’s sportsmen conservationists as they have contributed $21 billion over the years for the benefit of public recreation, wildlife restoration, and hunter’s education through their everyday purchases.

“For many decades funds generated by these programs have consistently supported millions of acres and miles of outdoor recreation access and wildlife habitat in this country,” said Margaret Everson, F&WS’s principal deputy director. “Thanks to industry, states and hunters, shooters, anglers and boaters, America’s wildlife and natural resources and the opportunities they provide will be available for generations to come.”

Enacted during the Great Depression, Pittman-Robertson is credited with saving the sport of hunting in large part and bringing a myriad of once-depleted species back from the brink of extinction. This is due in no small part to the more than $9 billion funneled from the firearms and ammunition industry, through the federal government, and into the various state conservation agencies. Besides the federal grants, states have chipped in another $7.3 billion in matching funds over the years, typically drawn from local hunting and fishing license sales.

This, in effect, makes every person that buys guns or ammunition a conservationist and the “user-pay” scheme in place for decades is returned to sportsmen through preserving habitat, funding safety programs, and establishing public shooting ranges. Further, while outdoor recreation seekers such as hikers and birdwatchers enjoy public land access, they largely do so as a benefit of robust gun and ammo sales.

This means that, as gun sales rise and ebb, so does the pool of funds available to states through Pittman-Robertson. In 2008, taxes generated during George W. Bush’s administration provided over $700 million for allocation. This jumped above the $1 billion mark for the past several years running as President Obama was in office, due to a spike in gun sales.

The latest allocations range from a low of $1.2 million to the District of Columbia to nearly $50 million for Texas.