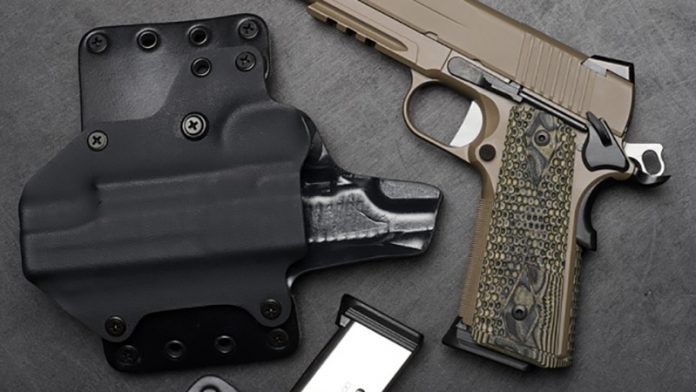 On Tuesday, a three-judge panel of the U.S. Court of Appeals for the District of Columbia Circuit heard oral arguments in a pair of ongoing attempts to overturn Washington’s strict “may-issue” policy.

The cases — the Wrenn v. DC carry rights by the Second Amendment Foundation and Grace v. DC by the Pink Pistols organization — seek to bar the city from applying its vague “good reason” test as part of its gun licensing program, which has declined more permits than it has granted.

Oral arguments for a preliminary injunction against the city were heard in both cases by a panel consisting of Judges Karen LeCraft Henderson, Stephen Williams, and Thomas Griffith — all appointed to the bench by Republican presidents. Notably, Henderson in a 2007 gun rights case, dissented with a majority panel and voiced support for D.C.’s even more restrictive pre-Heller gun laws in place at the time.

Alan Gura, the accomplished Second Amendment attorney who won the Heller and McDonald cases in front of the Supreme Court, argued for Wrenn as heard in an audio recording of the hearing.

“Is there such a thing as a fundamental right of the people that you can exercise only when the police chief says you have a good reason to do so which by law, almost no one may have?” asked Gura in his opening remarks going on to point out that in effect the city banned all carry — both open or concealed — unless one has a license.

Griffith hit D.C. Assistant Attorney General Holly Johnson hard right off the bat by asking how many states apply the same “good reason” standard as used by the District, interrupting her opening statement.

“And how many states are there in the Union?” he asked.

“Still 50,” replied Johnson who argued that the four states comprise a quarter of the nation’s population.

To this, Griffith asked if it was the city’s intention that, to satisfy good reason, one has to be attacked the first time and be defenseless, then reference that attack to satisfy the requirement to obtain permission.

“So you are saying there is no right under the Second Amendment to defend yourself with arms from the first attack?” asked the jurist.

Johnson replied that the right to defend yourself from the first attack depended on where you are, for instance it may apply in the home or “in the countryside,” but may not in the city.

Turning to Grace, Deputy Solicitor General Loren L. AliKhan argued the District had an interest in regulating the carry of arms outside of the home out of concern for public safety and pointed out that the majority decision in the recent Peruta/Richards en banc ruling in California held the Second Amendment does not protect concealed carry.

“We think there is a rich tradition for banning both open and concealed carry in urban areas precisely because of the public safety risk,” said AliKhan, as captured in an audio recording of the hearing, pointing out that similar good cause permitting laws have been upheld in New Jersey, Maryland and New York.

David H. Thompson, arguing for Grace, said the District’s restrictive concealed carry permit program was purely symbolic. “The typical law abiding citizen that has been subjected to a specific threat, this is, in fact, a ban,” he said.

The states of California, Connecticut, Hawaii, Illinois, Iowa, Maryland, Massachusetts, New York, Oregon, and Washington as well as gun control organs such as the Brady Campaign and Everytown oppose the suits and support keeping Washington’s strict gun laws on the books.