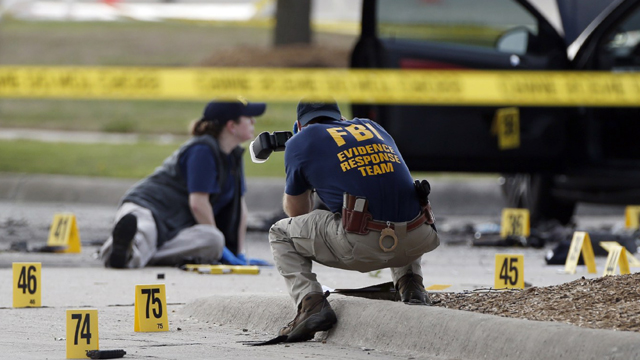 Some good news came out of the Federal Bureau of Investigation this week: crime decreased in 2017.

Violent crimes nationwide dropped .2 percent while property crimes fell 3 percent, according to the FBI’s Crime in the United States. Some 90 percent of the nearly 19,000 local agencies participating in the FBI’s Uniform Crime Reporting Program submitted data for the agency’s statistical review.

According to the data, law enforcement documented 1.2 million violent crimes in 2017 — a 10 percent decline from a decade ago. The figure spiked nearly 7 percent higher in 2013, according to the FBI, increasing marginally until last year.

In 2017, the agency discontinued the reporting of rape data using a “legacy definition,” six years after then-FBI Director Robert Mueller first approved a revamped version of the UCR’s 80-year-old classification of rape. The new definition — implemented into the FBI’s crime reporting systems in 2013 — reads: “Penetration, no matter how slight, of the vagina or anus with any body part or object, or oral penetration by a sex organ of another person, without the consent of the victim.”

Notably, the new definition removes the term “forcible” and broadens the scope of the crime “by capturing gender neutrality” to include victims sodomized by a perpetrator of the same sex, according to a 2012 memo from the FBI.

Property crimes totaled just under 7.7 million last year, according to the UCR data, costing Americans $15.3 billion in losses. Burglaries dropped nearly 8 percent and larceny-thefts declined 2.2 percent. Car thefts rose .8 percent, according to the data, while damage from crimes like arson was not assessed.

Amy Blasher, chief of the FBI’s Crime Statistics Management Unit, warned against comparing the data at a city-to-city level. “There are so many factors that go into those numbers, and this could create misleading perceptions, which then could then adversely affect communities and their residents,” she said.

Accordingly, the FBI released data showing criminals used firearms in nearly three quarters of the nation’s reported murders, 40 percent of robberies and 26 percent of aggravated assaults. Perpetrators more commonly used guns in the South and Midwest, with rates 9 percent and 11 percent lower in the Northeast and West, according to the UCR.