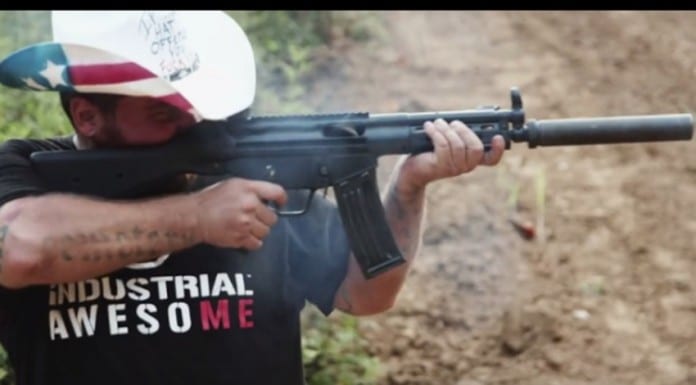 SilencerCo stopped by the Nitro Circus team with some suppressors and enlisted Travis Pastrana, Street Bike Tommy and Aaron “Wheelz” Fotheringham to do their thing.

If you grew up with MTV’s Jackass– you know, back when they played the occasional music video– most of these guys are familiar.

If you are a Red Bull drinker/commercial enthusiast and avid NC fan, these guys need no introduction.

If you are none of the above, just sit back and let it wash over you, for you will be rewarded with some pretty sweet footage of suppressed Skorpions, HKs, and the like in action as well as the obligatory jumps using everything with wheels.

Also, remember to wear your eye-pro when on the range.