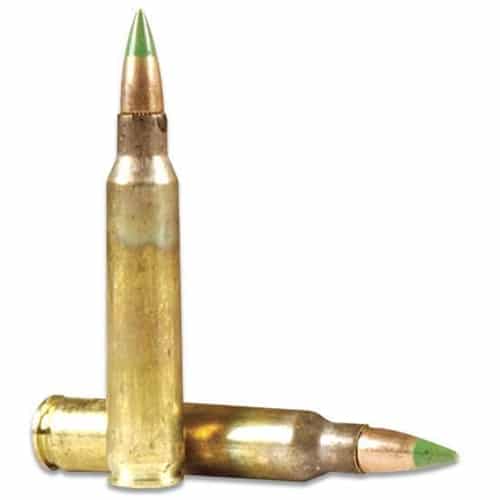 On Feb 13 (a Friday nonetheless), the ATF pulled its “armor piercing” exemption from the popular M855 ball ammunition that had been in place for decades. Based on its logic, M855 “Green Tip” ammo has a steel penetrator and was originally exempt from a ban since it was not capable of being fired from a pistol. The 1986 Law Enforcement Officer Protection Act banned the sale and manufacture for civilians of so called “amor piercing” pistol ammunition.But now the ATF argues that given the popularity of AR pistols, centerfire rifle cartridges with certain characteristics can now be considered armor piercing pistol ammo subject to LEOPA regulation.

While the ATF opened its exemption-pulling process to comment, a consensus is gathering among firearms and legal experts that the agency went too far by not adhering to the strict statutes that govern what “armor piercing” ammunition is.

Adam Kraut at the Firearms Industry Consulting Group has drafted a letter to the ATF saying M855 is not technically armor piercing ammo based on its own definition.

(i) a projectile or projectile core which may be used in a handgun and which is constructed entirely (excluding the presence of traces of other substances) from one or a combination of tungsten alloys, steel, iron, brass, bronze, beryllium copper, or depleted uranium; or

(ii) a full jacketed projectile larger than .22 caliber designed and intended for use in a handgun and whose jacket has a weight of more than 25 percent of the total weight of the projectile.

From my research, SS109 and M855 do not fit into EITHER subsection (i) or (ii)! I am working to obtain figures direct from a manufacturer for an exhibit but subsection (i) has no bearing on the classification because the core is made of a steel penetrator weighing about +/- 10 grains with the rest being lead! A far cry from the “constructed entirely….from one of a combination of….steel,” requirement. Subsection (ii) would be eliminated because the jacket weight is about 17% of the projectile weight, not withstanding the fact that the projectile is .22 caliber AND was neither designed nor intended for use in a handgun.

Other experts agree, saying whether or not the ATF abandoned Congress’s original intent with the legislation to leave rifle ammo alone, the popular bullet isn’t even what regulators now claim it is.

Stay tuned for further coverage of this issue. It’s clear that the ATF stirred a hornet’s nest with this ruling and now some of the most ubiquitous ammo used in the nation’s most popular firearm is under threat.