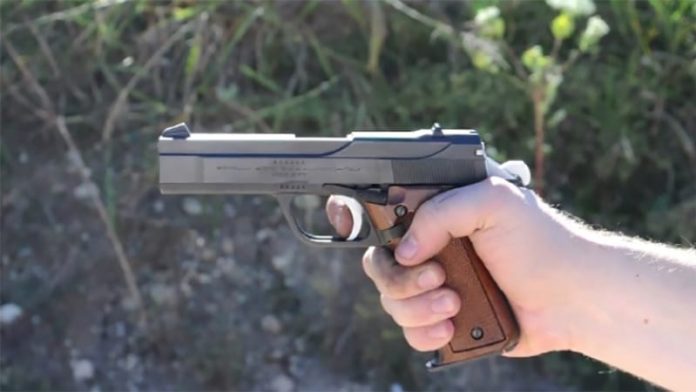 Pistol afficaiando LifeSizePotato has a collection of Benelli’s mechanically interesting lever-delayed blowback B-series pistols, and the 9mm B-76 is a work of art.

Using what Benelli called an “inertia lock,” these all-steel pistols were made in low numbers in the late 1970s and remained in limited production through the 1980s and came in a host of oddball Western Euro calibers like 9x18mm Ultra (and no, that is not interchangeable with 9mm Makarov) and 7.65x22mm.

Potato has a whole stable of these B-series guns, but he concentrates on the B-76 (which he has in a few variants), which is in more commonly encountered 9mm para.