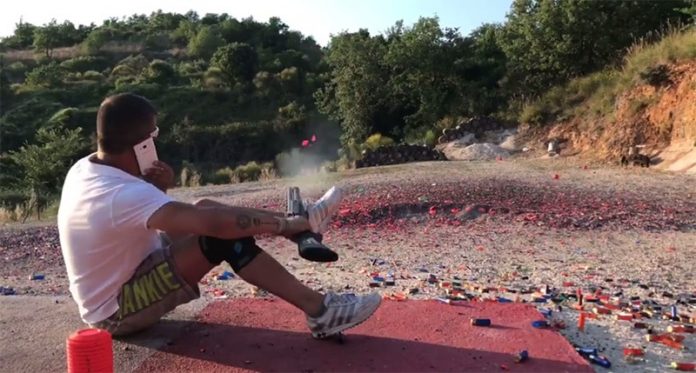 Italian shotgunner Raniero Testa posted a quick clip to social media of how he keeps in touch while still breaking clays.

Testa recently beat his own record for dusting the most clays in a single hand toss (13) while working against the clock (1.6 secs) so making clay dust while yaking about linguine or whatever on his phone seems simple enough.

It looks like he did come close to the edge of his soccer shoes with that muzzle, though. It’s all fun and games until you have to get an orthopedic boot.

But regardless, Testa, 29, hails from Isola del Liri and, according to his site, holds at least five different shotgun records.