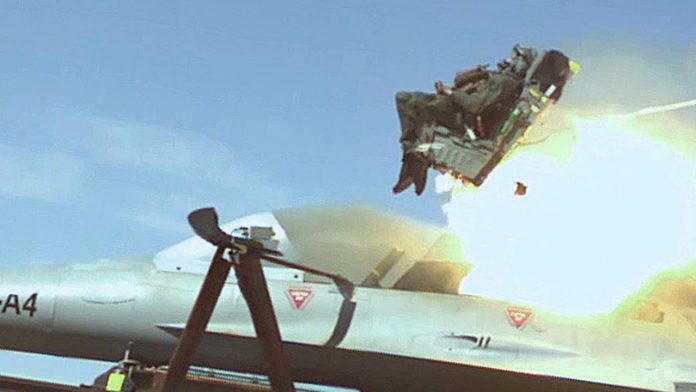 Having to eject from an aircraft is never a good day — even when everything goes well. The human body just isn’t designed to withstand the sort of punishment a fighter pilot experiences when he or she makes the decision to ditch, but thanks to a great deal of research and experimentation, humanity has somehow not only developed the ability to soar through the sky faster than the speed of sound… but we’ve even figured out a way to keep the pilot alive if their plane blows up in the process.

Not bad for a bunch of big-brained monkeys.

The Holloman High-Speed Test Track (HHSTT) offers scientists and engineers a rocket-train you can mount an aircraft cockpit on to test ejection seats at incredible speeds and determine how effective they’ll be at keeping their occupants alive if the worst were to occur. The ten-mile long track allows for controlled ejection experiments at incredibly high speeds — closely approximating the circumstances of a real ejection.

And their work makes for some pretty cool footage to boot.

Watch some of the testing below: 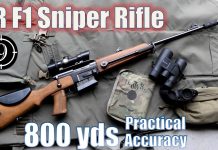 FR-F1 – If nothing else, enjoy the intro