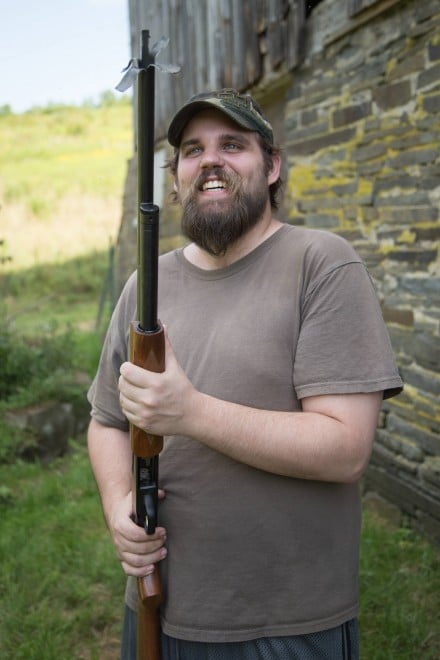 Here’s one you don’t see every day – thankfully! I ran across this on reddit… here’s a quote:

“We were out in the back 40 shooting… when the barrel split after a series of rapid fire shots. We’re not sure why, we were shooting 12ga bird loads. Nobody was hurt and we all had a laugh… still a great day of shooting despite the mishap. We plan to replace the barrel.”

The title of the post? “My brother peeled back the barrel of his shotgun just like in a cartoon.”

The proud owner of a busted barrel. (Photo courtesy of joshuajwitter)

The cause of the damage was certainly a barrel obstruction. Since he said they were firing rapidly, I’d say a wad from the previous shell failed to exit the barrel, and pressure from the subsequent shot caused the barrel to rupture, peeling back like a banana skin.

The part about the wad is just a guess – but there had to have been some kind of obstruction. The gun appears to be a Mossberg Model 500, but any shotgun can be damaged by an obstruction.

One way to prevent problems like this is to pay close attention when shooting, and take note of any round that sounds or feels different than the rest. If this was caused by a shotgun wad, the shell that fired that wad had to have been quite wimpy – which means it wouldn’t have kicked much, and wouldn’t have been as loud as a full-strength load.

Anytime a shell or cartridge sounds wimpy when fired, you should immediately stop shooting, clear your gun of ammo, and check the barrel to make sure it’s not obstructed.

Whatever caused the damage, we can be thankful that nobody was hurt this time – and they had a great day of shooting anyhow.

The rib kept the top of the barrel from deforming too badly, but the steel opened like flower petals in other directions. (Photo courtesy of joshuajwitter)