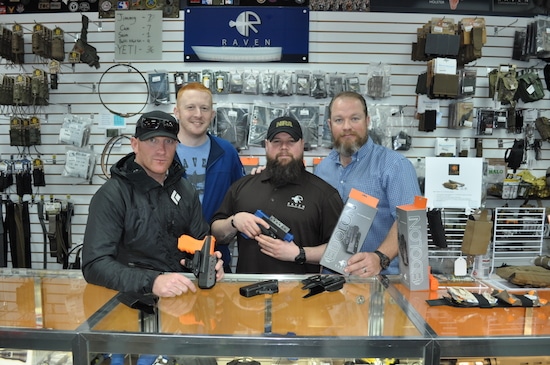 Its impossible to find two people that are exactly the same. Age, sex, body type, weight, knowledge, intelligence, skill, personal preferences: we are all unique, precious snowflakes unlike another. But in the world of concealed carry, this seems to be forgotten. companies make one size fits all products, particularly holsters. Mass produced and factory preset, you are likely to end up with a holster that only fits the dude that created it! You might find a system that works for you, but not your buddy, partner, teammate or entire organization. That has recently changed, with the release of the Raven Concealment Systems Eidolon holsters.

RCS set out to create the ultimate IWB holster system, that is infinitely adaptable regardless of your preferred mode of carry, dominate hand, body shape or choice of clothing. After years of research and development, the fruits of their labor have paid off with the Eidolon holster system, which has begun to become available for purchase. We headed down to F3 Tactical in Chantilly, Virginia to the Eidolon’s launch party this past week, to get the first-hand story of its development from the very men that created it. 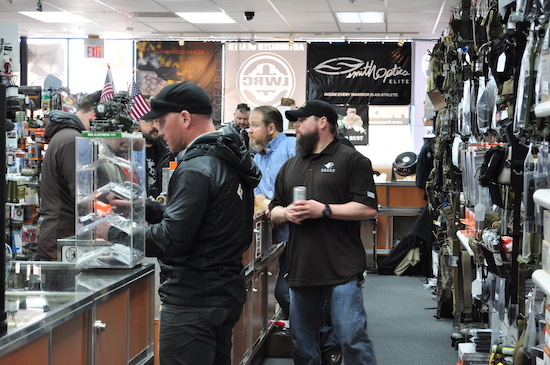 The Project all started several years ago, as RCS was working on developing a new holster system to replace some of their classic designs. Having been a forerunner in Kydex holsters for years, the company was seeking the next step in holster design, when they stopped to visit Kyle Defoor at his home in Virginia Beach. Defoor, a respected firearms trainer and consultant with an extensive history in Naval Special Warfare agreed to help on the project as the crew enjoyed some cold beers. That candid, informal conversation shared by friends soon turned to excitement as the ideas began to flow. RCS has long provided their holsters to various government clients, and had recently received a new request for a concealed holster system that would work for everyone, regardless of their body shape or mission role. RCS has always been receptive to solving specific problems that arise for these customers, and had began to pursue a potential solution. 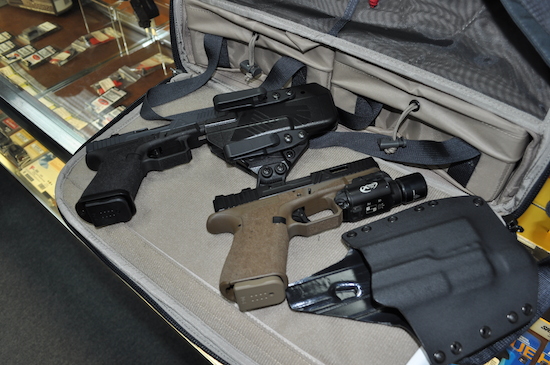 “ We had two different major holster designs under development at the time, when we went to visit Kyle in Va beach.” Michael Goerlich told us. “The one we had been pursuing came to a dead halt to pursue the eidolon project, based off of Kyle’s recommendations.” He continued with “The intent of the Eidolon was to create a modular, adaptable system that would provide unparalleled concealment, but without sacrificing speed or comfort.”

Speaking with Kyle Defoor, he told us that he was excited to work on the project, seeing it as a way to finally bring some much needed improvement to the systems that were currently in use by many of his government and DOD students. “ We aren’t trying to badmouth other products out there, but when you see hundreds of other guys have issues, you get to see what works. There are too many people that harbor emotional attachments to their gear.”

After years of trial and error, numerous 3D printed prototypes and thousands of hours of daily carry as well as range time, the RCS team arrived at the final design. Matt Jacques, another well known CCW trainer helped test and evaluate the system leading up to its release, providing a fresh set of eyes and his own unique perspective. “It’s fully ambidextrous, user configurable for ride and comfort, and definitely the most adaptable holster on the market” he shared, “From the point of view of a large agency, the Eidolon system is your best option as the kit will fit the needs of everyone in your organization.”  Michael Goerlich stated that “I am willing to bet that we have spend more time, money and effort to develop the Eidolon than any other holster on the market. And we had too, to achieve this significant of a result.” 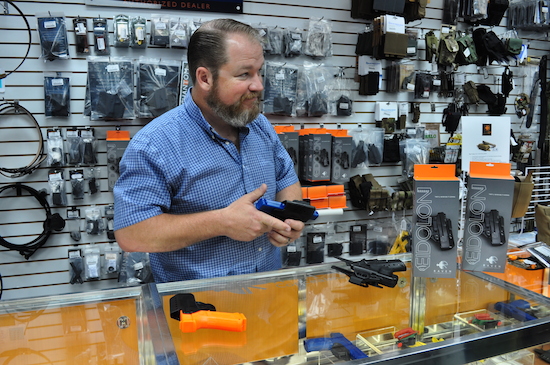 The RCS crew shares more then just a passion for gear with F3 Tactical, the companies main east coast dealer of Raven products. They also share a love of animals, which F3 owner Jimmy Smith is very open about. F3 Tactical’s Boxer-wolfhound mix mascot, the famous “Bolt” is a rescue dog which had a tough life before being adopted by Jimmy. Bolt now spends his days in the comfortable position of official greeter and customer service representative at F3. 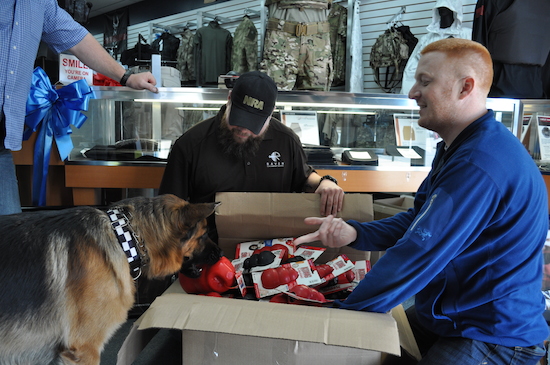 To celebrate the launch of the Eidolon, RCS and F3 Tactical asked that everyone bring a large Kong dog toy to the party for donation to the Cleveland Animal Shelter. Writing your name on the toy’s packaging placed you in the running for a $500 dollar gift certificate to F3, which one lucky Gentleman won out of the more than 80 toys that were donated. Two additional $100 gift certificates were also randomly selected at the end of the party. 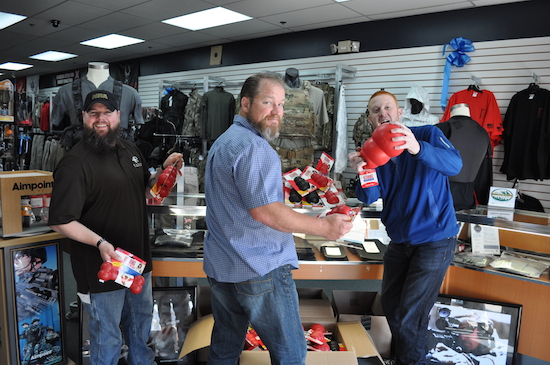 We had a great time at the Eidolon Launch party, and from the looks of everything, so did all those in attendance. We had the opportunity to interview the men that worked to bring the holster design forward, and the chance to speak with many fans of Breach-Bang-Clear. Since nearly everyone at BBC has at least one RCS holster, we have enjoyed the company’s holsters for many years. Using several of the preproduction Eidolon holsters for daily carry the last few months, we think that the new holster is going to make a big splash in the holster market. You can learn more about the Eidolon here, or on the Raven Concealment website. For more information about training with Kyle Defoor check out his site here. Matt Jacques owns another fine training company, Victory First. Lastly we would like to thank F3 Tactical for hosting us, If you are in the Chantilly, Virginia area be sure to stop in! 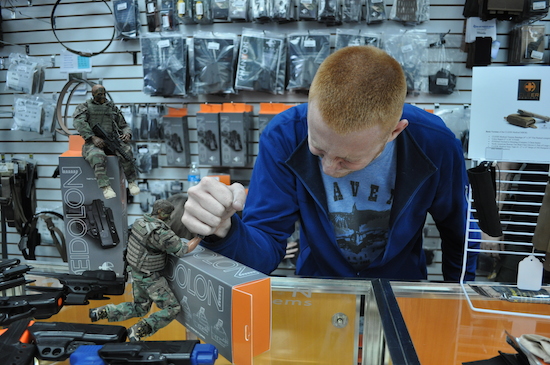 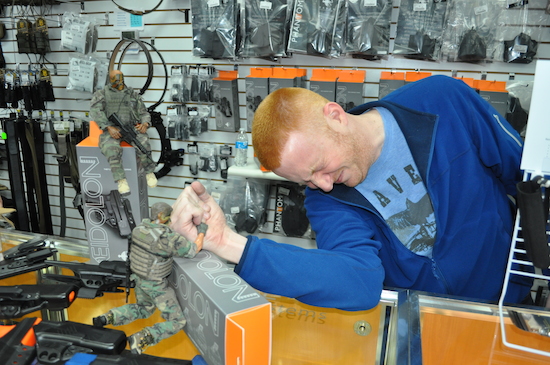 Read more at the Source Article from http://www.breachbangclear.com/eidolon-holster-officially-launches-at-f3-tactical/