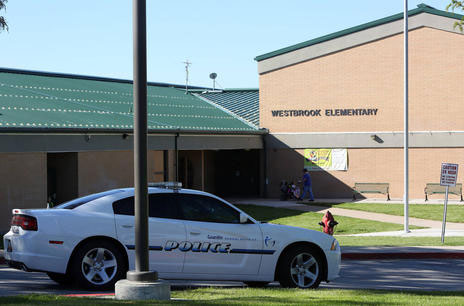 Like it or not, I think arming teachers is a great idea–as long as the gun comes with the proper training. Just like the fact that buying a guitar doesn’t make you a musician, having the right to carry a concealed firearm doesn’t make you an expert at tactical defense or even firearms proficient.  And, since strumming guitars won’t kill you or others but pulling the trigger on a gun can, there is much more to consider, namely, safety.

On September 11 of this year, a sixth grade elementary school teacher in Utah was in the bathroom when she had a mishap (Some may call it an AD.  I choose to call it a ND).  According to a news report, Michelle Ferguson-Montgomery went into the bathroom before school started and unholstered her Glock 9mm in the process.  When she tried to holster the gun again, BAM!  The round hit the commode and porcelain fragments went into her leg.

Perhaps a little gun shy (no pun intended, per se), no doubt embarrassed, and likely pending some serious work discipline, the teacher resigned. Although a few may have heard the shot before school began, school administrators stressed that no children were ever in harm’s way.  A few students did, however, see the teacher being carried out on a stretcher by paramedics.

To be perfectly honest, I feel for this woman.  Being a teacher is a difficult enough job without having to deal with all of the media attention around “school shootings” let alone something like this—the physical and emotional injury, court and attorney fees, loss of a job, negative attention, etc. It just doesn’t seem like the verdict fights the crime.

Thankfully, Utah law allows teachers to carry concealed firearms if they have a state CCW permit.  School or district administrators cannot deny them that right since it’s the law.  Teachers don’t have to divulge that they’re carrying either.  Tactically speaking, hush is the word; the element of surprise gives a tactical advantage. To our disadvantage however, accidents like these tend to re-ignite the never-ending debate over allowing teachers to be armed and even allowing firearms in public places.

Case in point, within a day, a high school teacher in the same district said to reporters: “I think that’s just a recipe for disaster… It’s one thing when the teacher shoots herself, but what happens when the teacher’s sitting down in class and it goes off and hits a kid?” And the conversation starts again, as if it had never been had before.

It’s clear to me that this high school teacher doesn’t carry a gun. Guns don’t go off by themselves.  If a kid grabs a gun, then you have a problem.  If a kid even sees that a teacher has a gun, that’s also problematic.  But they don’t go off without someone depressing the trigger.

As I mentioned at the start of this editorial, I think it’s a wonderful thing that teachers are allowed to carry firearms in Utah.  Not only do such a laws allow teachers the ability to protect themselves and their students, but they also serve as early deterrents to the would-be criminals already roaming the halls.

I disagree.  Teachers need to protect themselves and their students from threats.  What would have happened if the teachers at Sandy Hook had been armed?  I can’t say it would have prevented tragedy, but I’m confident that someone would have returned fire.   People may not be able to wait for police to respond when they need immediate help and people have the inherent right to protect themselves.

But these truths still haven’t addressed the problem–safety.  And it is, often ironically, in this name that most places outlaw citizens from legally carrying.

So What’s the Problem?

According to the report, the teacher pleaded no contest.  “She was given no jail time, but was ordered to take a firearms safety course and show the court proof of completion by Jan. 5, pay a $705 fee, submit a copy of her criminal record to the Utah Bureau of Criminal Identification and submit a letter to the court when those issues had been resolved, according to court records.”

I applaud the court’s decisions, however, I didn’t see mentioned any stipulation on what kind of firearms safety course she has to take or the credentials of the experts who need to teach her.  I can only assume that taking a hunter’s safety course would satisfy that requirement, but it sounds like she needs some specific training in using the potty while carrying concealed and holstering.  I’m not judging either–shoot, everyone who carries a gun could use safety refreshers now and again–but I don’t think knowing how much hunter’s orange to wear is going to help this woman carry her gun safely.

Buying and carrying a gun, or attending a four-hour concealed carry class and shooting on a static range every once in a while, doesn’t make you immune from accidents.  Training and safety for the specific situation and terrain are crucial, both for the expert and for the beginner.  Judges need to realize this when making judgements.

I sure hope no accidents ever happen again, but hope isn’t a reliable tactic.  Training is.  Even so, I hope that no laws change in Utah as a result of this mishap.  But most of all I hope she will never make the same mistake again—just like a guy I once met who shot himself in the leg.  He won’t shoot himself again, I’m sure. 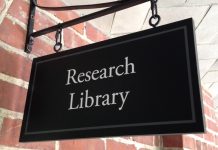 Do Guns Cause Murder? It Depends on the Context. 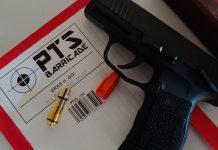 Firearms Training At Home – The Top 5 Pieces of Gear