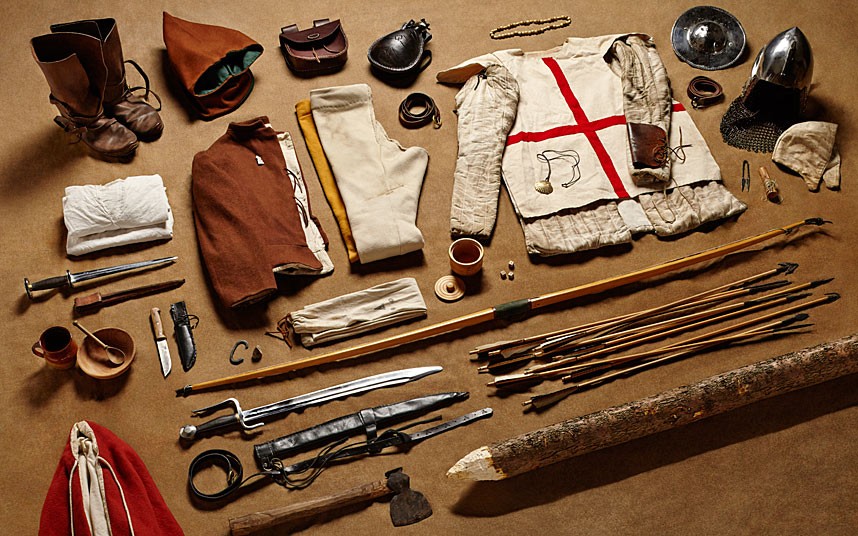 A recent Telegraph.co.uk article shared images of soldiers’ gear kits from wars between the years 1066 and 2014. It’s a fascinating look at how gear has changed over time–and in some cases, how it hasn’t changed much.

The photographs, taken by photographer Thom Atkinson, capture gear, armor and weaponry used by warriors during various wars. This photo below depicts an archer’s loadout during the 1415 Battle of Agincourt: These items depict a trainband caliverman from 1588 in Tilbury, England. The caption reads, “The similarities between the kits are as startling as the differences. Notepads become iPads, 18th-century bowls mirror modern mess tins; games such as chess or cards appear regularly.”

Atkinson compiled the photographs based on input from historians, soldiers and reenactors. According to the article, “It was hard to track down knowledgeable people with the correct equipment,” Atkinson said. “The pictures are really the product of their knowledge and experience.”

View the entire photo series, called Inventories of War, at the Telegraph.