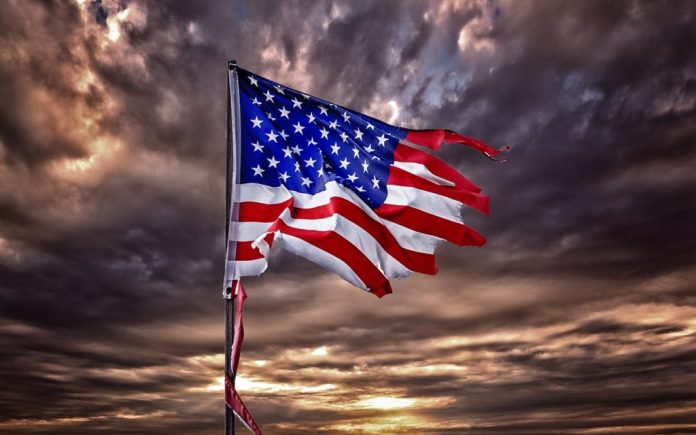 [Ed: This is excerpted from an article posted this July 4 on The Arbalest Quarrel, edited for DRGO.]

“Americans have the right and the advantage of being armed—unlike the citizens of other countries whose governments are afraid to trust the people with arms.” — James Madison, Federalist 46.

As we celebrate Independence Day this July 4th we should think about the significance of the War that was fought 240 years ago against tyranny, and the sacrifices that were made to give us a Nation unlike any other–one conceived in liberty. We should give thanks for our founders, and give serious thought to where we are today and how we see ourselves tomorrow.

Americans are shocked at the breakdown of law and order in our Nation; at the destruction of businesses and private property; at assaults on and murders of innocent Americans; at the violent, senseless acts of rioters, looters, and arsonists that go unpunished.

We have witnessed the wanton destruction of symbols of our nation’s history, culture, and heritage. We see the defacement, defilement, and destruction of treasured monuments, statues, and artwork.

We are disgusted by the reactions of “liberals” to the anarchy and chaos happening all around us, and we are appalled at their constant attacks on the Presidency.

The reactions of the radical left leadership make clear their contempt for our nation, for our people, and for our Constitution. The weak-kneed reactions of many conservatives to this lawlessness are no less disturbing and alarming.

But these radical forces have done us a favor. They have shown us their true colors and are telling us what they want: the end of our free Constitutional Republic. Never before has a U.S. Presidential election been so important.

This is a modern civil war. [See the Arbalest Quarrel article “In The Throes Of America’s Modern Day Civil War.”]

In some ways this modern civil war bears more relation to the American Revolution than to the American Civil War, because we are seeing something different, something potentially even more catastrophic. This could lead to the eradication of our Bill of Rights!

Our elected officials in Congress are not representing our interests. We had National Concealed Carry Reciprocity legislation in our grasp but the Senate threw it away. Of all the timely issues the Arbalest Quarrel has addressed over the years, this was one of the most important, the right to possess and bear firearms unrestricted. [See the AQ article “It’s Time For National Handgun Carry Reciprocity To Secure The Citizen’s Right Of Armed Self-Defense, Throughout The Country.”] If we are ever to see national carry legislation become a reality, we must do so with Trump as President and with Republican control of both the House and Senate.

This 4th of July should remind all Americans that true freedom and liberty always exists with and because of an armed citizenry.

We see firsthand in States like New York, Illinois, Washington, and California to name a few, progressive strong-holds where state and local leadership have either capitulated to lawless mob rule or have actively participated in undermining law and order.

These recent events have also demonstrated how vulnerable the American people are, how helpless they are, and how they are made to feel.

Just take a look at New York City. This is a city which had for years seen a reduction in crime. It is now experiencing a massive resurgence as violent crime and murder rates have soared, equal to or surpassing those seen in Chicago.

Progressive Mayor Bill DeBlasio still refuses to allow licensed Federal Firearms Dealers, gun stores, and shooting ranges to open as “essential” businesses. Yet, he has let criminals out of jail to prey on innocent people, while at the same time he has defunded and dismantled the Police Department, disbanded undercover units, given them conflicting orders, and emasculated what remains of the police.

DeBlasio has made it extremely difficult for average, sensible, law-abiding citizens to exercise their fundamental right to possess firearms for personal protection. He claims citizens who reside in New York City don’t need firearms because the police serve that function–even as he decimates them. That, of course, is a bald-faced lie, as the police have no duty to ensure the life and safety of individuals.

The function of the police is to protect the safety of the community as a whole. [AQ has discussed this issue at length in the article “Can We, As Individuals, Rely on the Police To Protect us?”]

But today DeBlasio isn’t even providing New York City residents with that minimal level of protection. Instead of reinforcing the police, and supporting them, he has bowed to the will of the mob.

DeBlasio has empowered criminal, sociopathic elements. He has demoralized the police and left average, responsible, law-abiding citizenry helpless. If this is DeBlasio’s intention, he has succeeded. If not, this is evidence that he is incompetent and clueless.

This is repeated across the Country. You see it happening every day. America is on fire!

Governors and mayors fail to protect us, fail to protect society at large, and deny us the right to protect ourselves. They exercise absolute control. They ignore their own legislatures, arrogantly issuing illegal executive orders to exert control over Americans. They use that same authority to benefit themselves and the radical left agenda. This must stop.

Well-funded and well-organized left-wing forces, from within our country and outside it, have infiltrated our government, our schools, our social and business institutions–our very way of life.

Their focus for the time being is on the progressive-controlled sanctuary cities and states.

These destructive forces aim to accomplish their goals through a seditious “Fake News” media to create a totalitarian regime. They hide behind the protections of  a “Free Press.” Beware if you are not “politically correct.”

Fortunately, President Donald Trump is not their puppet. He does not stand for their antics. He calls them out for the corrupters they are. He cannot be bought.

Leftist forces intend to defeat Trump at all costs. They constantly proclaim a runaway “Blue Wave” victory. It is the same claim they made during their failed attempt to elect Hillary Clinton.

These forces will be met by a counterforce. It is the same counterforce that succeeded in electing Trump President in 2016 and it will see Trump reelected in 2020.  That counterforce consists of you, me and the great “Silent Majority.”

We need to understand the issues, know the facts, and be proactive. We will put out the fire burning in America with a backfire!  The Presidential 2020 Election is only a few months away. The stakes are high.

Voting has consequences, as evidenced in the midterm elections of 2018 which allowed Democrats to take control of the House of Representatives while Republicans narrowly held on to the Senate. That midterm election upset put a halt to any possibility for the passage of national concealed carry reciprocity.

Then, too, the recent swing vote by U.S. Supreme Court Justice John Roberts on the New York City gun transport case has done nothing to strengthen our Second Amendment rights. [AQ discusses this in the article “Antigun Crowd Breathes Collective Sigh Of Relief After Supreme Court Majority Gives NYC A Victory In Gun Transport Case.”]

Only President Trump’s reelection, along with Republican majorities in the House and Senate, will preserve a free Republic and our fundamental, unalienable rights. We cannot take anything for granted. The stakes are too high!

Conservatives must also fight for control of states and localities presently under the grip of the Left.

We must prioritize and plan our battles. But to successfully counter the forces that wish to undermine our Nation, we must keep informed. We need to understand the issues, know the facts, and be proactive. All of us must do our share. Let your voice be heard!

Keep up with Second Amendment news, and share it on social media. Share this message with your family, friends and acquaintances. Reach out and touch someone.

Call President Trump and the candidates for your Congressional seats. Let them know how you feel about these important issues. Remind them that they work for you, not for themselves. Make it clear that you will monitor how they vote on legislation and that you can as easily vote them out of office as vote them in.

The Capital telephone number to reach anyone in the Federal Government is: (202) 224-3121. This is staffed by switchboard operators who will connect you to the official’s office you want to reach. We use this phone number often. It only takes a few minutes. You, too, can make difference.

Remember well that if we do not retain control of the Federal Government, this July 4th Independence Day celebration could easily be our last one as a truly free nation.

— NYPD veteran Stephen D’Andrilli is President & CMO of the Arbalest Group, holding masters degrees in Criminal Justice Administration and Public Administration. He is NRA Certified as a Firearms Instructor & Training Counselor. He is passionate about the Constitution and Bill of Rights, testifies before government panels, and writes and appears in various media.