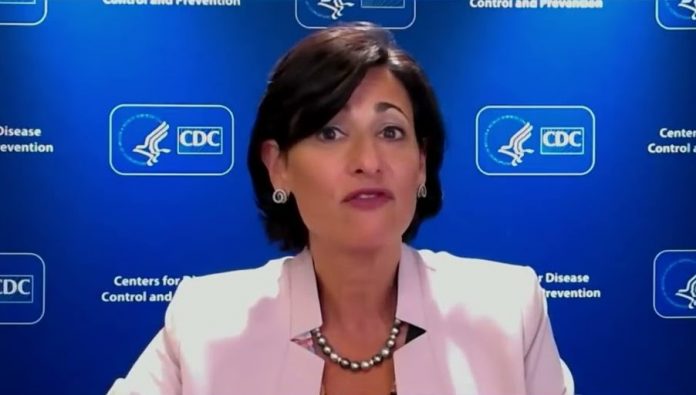 [Ed: New CDC Director, infectious disease specialist Rochelle Walensky, MD says “I’m not here about gun control. I’m here about preventing gun violence and gun death.” She wants gun owners to “Join us in the conversation. . . I want you to teach me what you have done to make your gun safe, and then I want you to teach everybody else.” However, none of the major gun rights organizations say they have heard from her. While Drs. Wheeler & Faria’s editorial in The Washington Examiner took her & the CDC to task, Dr. Schwam decided to take her up on her offer.]

My daughter, who doesn’t like guns, informed me that you wanted to hear from “Ordinary Gun Owners” as you formulate CDC policy.  As one of the qualified, I’m writing you this letter.

To begin with, I’m a retired, senior Physician, who has been a gun owner for some seventy years. My first gun was a daisy air rifle which I acquired at the age of 10.  In the years that followed WWII, almost every boy had one.  All of us had watched fathers and older brothers called up to defend our nation.  Therefore, good gun handling and fine marksmanship were skills we wanted to acquire. Along with most of my friends, I acquired a .22 rifle age 15 and a .38 caliber revolver at age 17.  I needed no one’s approval for these acquisitions! Surely, you’d think, with such laxity, the firearms crime rate would go up. On the contrary, school shootings were completely unknown in the Los Angeles of those years. In fact, the high school I attended (Hollywood High), we had an indoor shooting range where students could be instructed in safe handling techniques and competitive shooting. Also, in a view area adjoining our auditorium, there was a display of U.S. infantry weapons to remind us carefree kids what it took to win the war and preserve our freedom.  Because of my prior experience, when I was inducted into the army, I was able qualify as an “Expert” with all the basic infantry weapons. I served during the “Cold War”, which fortunately remained cold.  Unlike others, I was never forced to test my skill.  However, my generation was ready should the need have arisen. It was this early familiarity with guns that gave me a healthy respect for their power. Later in life, I would teach my son and grandchildren how to shoot, emphasizing safety first.

Here, I would like to emphasize a point.  It’s familiarization, not alienation, that makes young people good stewards of firearms that they will own in the future. It’s education, not Hollywood fiction, which teaches teenagers the usefulness of and the destructive power of firearms.  If I had to draw a parallel, I would point to the problem of teen age pregnancy.  For years, the subject was treated with dire warnings and withheld information.  However, fear did not, and does not, work. It was only sex education beginning in elementary school that drove down the numbers of this mostly undesirable condition.  Similarly, I can think of no better way to instruct the youth in firearms safety than to introduce the subject early in the school curriculum.  And here’s one area where you can make an ally of the NRA.  They have a very good program to teach young children not to play with guns. It’s called Eddy the Eagle. Be sure to check it out.

In Addition, here are some other tips that will help you formulate good policy:

1. Do not make a rule that already exists but has been improperly enforced. Example: in both

2. Don’t try to dilute the second amendment. In foreign lands, defenseless people brutalized by terrorists only wish it applied to them.

3. Don’t think that firearm confiscation will lessen the murder rate. Mexico, which forbids all citizens (except police and military) from owning guns, has four times the murder rate of the United States.  Their politicians and reporters, unable to protect themselves, are high on the hit list.

4. If you have not already done so, take a firearms instruction course yourself. To be taken seriously by gun owners, you must have some personal experience with weapons. If called upon, I can help you in this department.  A brilliant move would be taking instruction from the NRA. You’ll gain their respect and open a fruitful dialogue.

5. Do something about inner city shootings. It makes no sense to mourn the shooting death of one individual and ignore the carnage that takes place every weekend in some of our most violent cities.

6. Don’t make things harder for the law-abiding gun owner. We are not the problem!

I hope that all of my suggestions will be useful to you.  Please feel free to contact me if I can be any further assistance.

— Wallace Schwam, MD is a retired internist with interests in geriatrics and pharmacology who trained at Duke University. He rated expert in marksmanship in the Army and continues to enjoy hunting and tactical training with handgun, rifle and shotgun.