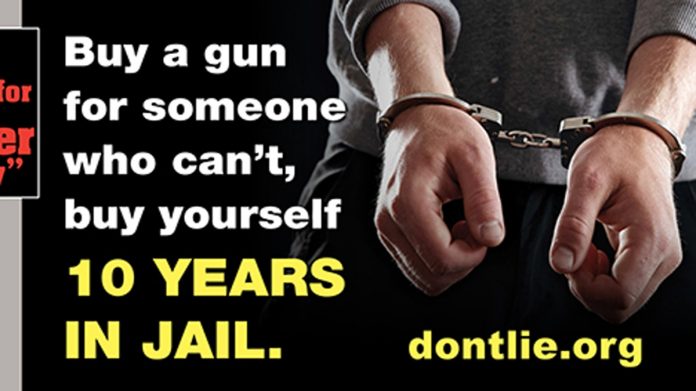 The National Shooting Sports Foundation partnered with state and federal agencies last week to raise awareness across the city about the stiff penalties facing those who buy a gun for a prohibited person — a crime punishable by up to 10 years in prison and a $250,000 fine.

“The firearms industry is proud of its longstanding cooperative relationship with the ATF and the entire law enforcement community by assisting them in their efforts to combat the criminal acquisition and misuse of firearms,” said Lawrence Keane, NSSF vice president and senior counsel.

Federally licensed gun dealers in the Atlanta area will also receive advanced training materials on how to better identify straw purchasers, the NSSF said. Each month, dealers process between 35,000 and 70,000 applications for Georgia residents in the FBI’s National Instant Criminal Background Check System — the database retailers use to verify a potential buyer can legally own a firearm before completing the sale.

The NSSF created the Don’t Lie campaign nearly 20 years ago in coordination with the Bureau of Alcohol, Tobacco, Firearms and Explosives, the Department of Justice and the Office of Justice Programs. So far, the campaign has reached more than a dozen major cities from coast to coast — including New York City, San Diego, Chicago, Houston and Cincinnati.