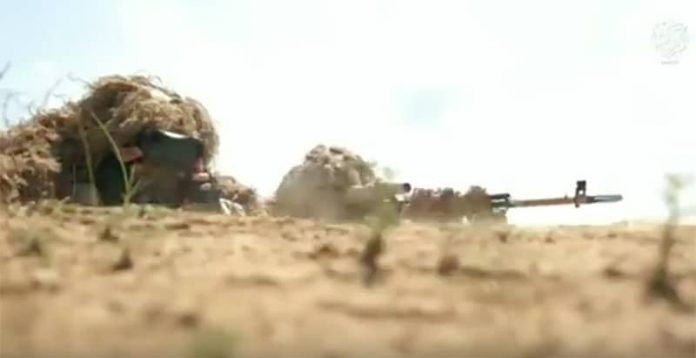 The thickest part of the skull is the forehead.  A head shot, even from a sniper rifle, may not penetrate.  If you need a head shot because the threat has body armor or cover, make sure it counts. 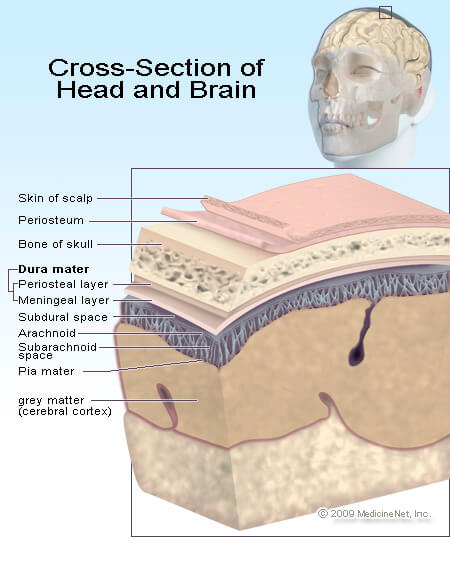 “A gunshot wound to the head with a rifle or handgun will not produce an easily predictable outcome.  The skull is a sealed container that protects the brain. It is designed to block blunt trauma and the curved spherical structure is strong and handles shock very well.  There is very little room for movement.  If the brain swells inside the skull, the pressure can build and cause extensive damage.
Penetrating trauma (where the bullet gets inside the skull) leaves a permanent cavity (bullet track) may be large, but the damage from the temporary cavity caused by hydrostatic shock can be much worse. With no room to move, the shock waves can do massive damage.
For some lucky people, the bullet may not enter the skull.  Even if it does, the bullet may pass through non-critical parts of the  brain and survival is possible.”

An  ISIS sniper gets a pretty good head shot with an SVD sniper rifle. For some reason, maybe cenematic effect, the sniper chose to shoot 7.62x54R Tracer.  In the screen shot below and the video, you can actually watch the round bounce off the skull and fly away.

His target doubles over for a second and the sniper takes another shot which goes high. Our target then recovers his wits and gets off the X and out of sight.

Conventional wisdom and Hollywood would have use believe that a head shot with a sniper rifle is game ending. This video shows there is a lot of biology resisting that head shot. 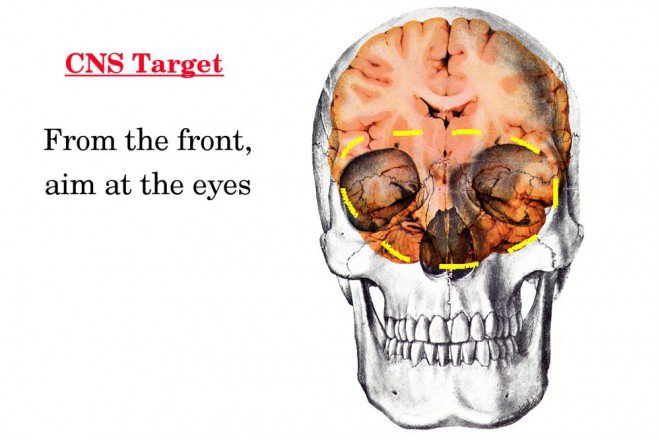 To instantly incapacitate, you need to damage the brain stem.  This structure is very small and difficult to hit.  A rifle bullet with sufficient energy will open the cranial vault.  Even with a rifle, there needs to be a solid hit.  The outside of the skull will deflect and divert a peripheral hit.

There is no miracle technique or magic bullet.  If you have to respond to protect yourself or others, you will be as good as your training.  Don’t ever assume any one shot or technique will be a fight stopper.  You may get a nasty surprise. 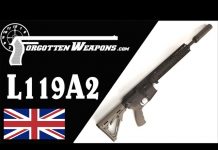