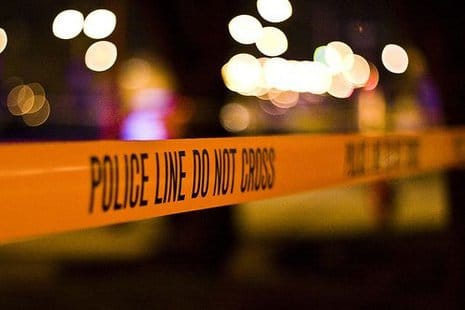 Keith Finch shares a story that comes from close to home.

There was an event recently in my area, not too far from my office and classroom, and I feel it necessary to suspend my other projects for a brief article point toward defensive preparation.
<link mlive>

There was an abduction and sexual assault. This hit close to home not only geographically, but personally. I know the victim, she’s safe and recovering and to her enormous credit she is speaking out to find the sub-human animal that attacked her and could likely attack others, to an even more tragic end.
Her terrible experience can serve as a reminder to us of the very real truths of being prepared to defend ourselves.

She was walking in an area she knew well, years of experience with no one bothering her, meeting good people and enjoying the town she calls home. She, even now, loves her city she calls home.

It only takes one person though, one person to disregard the dignity and respect of the human right to life to put others at risk. The animal in human skin can be anywhere and can choose anyone for any reason. They do not operate on the rationale level that we do. Stay Alert and have an immediate action ready.

I am afraid of the dark. Not that something out of The Texas Chainsaw Massacre is waiting in the corner but due to the real knowledge that my vulnerability is increased because my senses and safety nets are decreased. Less people around, low light, I’m tired, it’s cold and I have a hood up and can’t see. The time of the day and conditions are disadvantaging us and all the little things are piling up into a greatly increased chance of attack.

Folks don’t mistake this for an irrational reasoning on the actually likelihood of an attack against me or anyone for that matter. Those chances are still low, very low, but they aren’t 0 and never will be so we don’t want to take steps that shift the odds against us if we can at all avoid it.

Grab a friend, travel in the day whenever possible, and have an immediate action plan.

The story doesn’t mention it but this young woman I know was armed. She had a knife. She even tried to use it, but it was taken and used to against her instead.
Am I, by the title, saying she should’ve had a gun instead?

Make no mistake, a sidearm is probably the single most useful and portable tool for defense, but it can be taken just like the knife was from her and used against you without the serious and proper training to employee a fighting tool. This is not target shooting at the range, it isn’t throwing a knife at a dart board or wood plank… IT IS COMBAT!

The knife is a great tool, but in my experience and observation is it vastly over trusted and relied upon. Not because the knife itself is useless, I’m sure it has opened many a box or letter, but because the person carrying it has no idea the reality that is hand to hand combat. Most people carrying a knife have no experience or plan to use it beyond “get it in my hand and the rest will sort itself out” they have not trained to fight with a knife and they probably aren’t training to fight at all.

Close combat is still an emphasis of the Marine Corps. It still gets some face time here and there, and let me tell you it’s exhausting. It takes a massive amount of time, energy, and body bruising to become proficient. Even when prophecy is gained, disparity of force can make it a moot point. When assailant is bigger, stronger, or there are more of them than you, you have a big problem hand to hand.

A gun is much easier to use and brings to bear much greater force. But whatever you use, if you are not proficient with it, it’s a liability not an asset.

I can’t with any accuracy say what was going on inside her head during the attack, when the attacker took her knife, or during any of the inhumane actions he took against her that night.

What I do know is she is still in that fight, and she is in it to win. It’s been less than 36 hours and she’s plastering the description of the attacker and his vehicle all over social media, she isn’t hiding the trauma of the attack. She isn’t coddling us or herself on the details. She’s hitting back with the biggest stick in the arsenal right now, the eyes of the Kalamazoo, MI area residents reading her story.

It only takes one person to put him down and away, one set of people to find him.
Cops on Speed Dial.