Direct messages from inquiring customers and prospective insurance seekers seem to indicate the company is supporting the controversial laws.

The crux of the whole issue behind ERPO legislation is that it precludes due process to the target of the ERPO. An individual targeted, rightly or not, by an ERPO must prove their innocence, not have the state prove their guilt, in order for their constitutional rights to be uninfringed.

This is a startling item from USCCA, a company built on providing funding for legal defense in proper use of force situations and in protecting gun rights as a whole. In reality it is probably a more likely scenario that a false accusation is leveled and a client would need their insurance to help in their legal defense and restoration of their rights.

If an individual is to be deprived of their rights it is imperative their legal defense be properly exercised. Human beings can be spiteful and vindictive creatures, just remember back on the “SWATing” phenomenon where false serious police calls were made against gamers that competitors didn’t like, or similar petty situations.

These calls have resulted in deaths.

Now this same vindictiveness has a new avenue of attack that can circumvent a person’s legal right to their defense.

Responses from USCCA representatives are heartily in support of the laws.

“If you are not presenting to be a danger to yourself or others and are acting lawfully, there should be no reason to be concerned your firearms would be temporarily confiscated from you.” – USCCA response.

The classic “if you aren’t doing anything wrong there is no need to worry” answer.

Except that there is always a reason to worry in a situation where you have no legal recourse after a magic word is said. Someone only has to lay the claim that they ‘feel’ you are risk to yourself or others. The ERPO’s are formulated to be as immediately actionable as they can so that means immediate confiscation, for your own good. All the time, effort, reputation damage, and cost of recovering your firearms after the fact… not their problem.

As someone who has had to pick up a firearm from law enforcement (stolen and recovered) it is not a process that is quick, painless, or costless. It’s an enormous undertaking and the indication from USCCA’s messages is you are on your own if you get ‘flagged’.

While the messages from USCCA’s staff say one thing the President, Tim Schmidt, has a differing response.

Needless to say, ‘Red Flag’ & ERPO laws make me very nervous. I’m sure these laws are designed to protect innocent people. But in my opinion, they allow for the confiscation of firearms without adequate due process and force citizens to prove their innocence rather than forcing the state to prove that a person is guilty. Furthermore, it would be far too easy to abuse these laws. Imagine losing your right to own a gun because someone with an axe to grind simply claims that you’re a danger.

It is for these reasons that I want every USCCA member to know and understand that we will always have your back if you’re ever in an unfounded ‘Red Flag’ or ERPO situation. As responsibly armed Americans, we will always be under attack from the forces of evil who wish to take guns away from ALL law-abiding Americans.

Tim indicates the laws make him “very nervous” but he is sure the laws are designed to protect innocent people.

In the USCCA President’s opinion the law does not provide adequate due process. “…I want every USCCA member to know and understand that we will always have your back…” is all well and good as a comment but it is not consistent with the company’s response to questions about the insurance policy that USCCA offers.

In a follow on post responding to comments continuing to ask questions, Schmidt has indicated he intends to offer greater detail. Whether this will result in specific provisions and inclusions within the policies offered by USCCA to its customers is unknown, but I would venture a guess as likely. 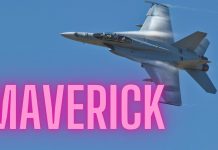