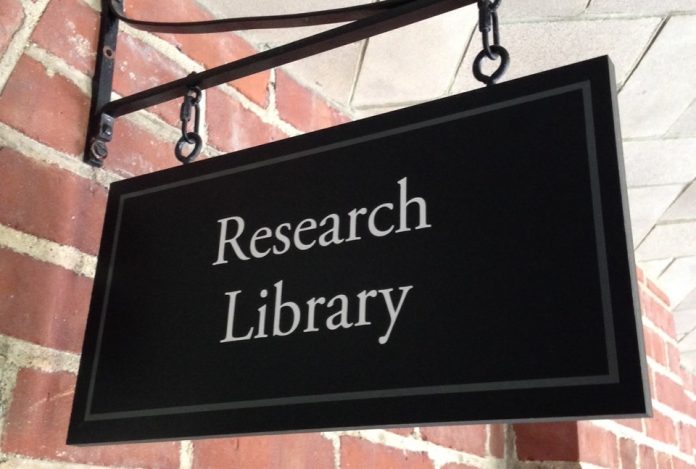 One of the most fundamental questions in the debate around gun policy, both within the United States and elsewhere, is whether the mere presence of guns increases the chances of people being killed.  The trouble in answering it is that, historically, the research has been mixed—it’s a complicated issue, and it requires careful statistical analysis to assess, building incrementally on the findings of previous work to gain new insight.  Unlike the carefully controlled experimentation found in many scientific fields, social scientists often can’t run experiments on a scale that would be useful, so they have to instead analyze observational data and use clever statistical methods and tools to isolate the effects of one variable on another in a complex world.

What they try to find is what’s called a “ceteris paribus” relationship, which is Latin for “everything equal”—if all else is held equal, what effect does the factor of interest have on the outcome in question?  In other words, if there are two countries, call them Country A and Country B, and they are identical in every respect except how available guns are to their respective citizens, would there be a difference in the murder rate?  And if so, would the availability of guns drive the murder rate, or would the murder rate drive the gun availability (as citizens seek access to more guns to defend themselves from rising crime)?

Of course, in the real world all else is never equal, and thus the difficulty of answering the question.

But in seeking to answer it, researchers have been constrained by simple obstacles like data availability, and by more complex obstacles like having multiple plausible explanations for the same results.  It’s only in recent years, for example, that criminologists have started to examine the effects that unique cultural and socio-historical factors have on crime, such as differing cultural responses to personal slights (e.g., the difference between the Judeo-Christian ideal of “turning the other cheek” versus a traditional honor culture’s need for public recompense (an eye for an eye)).  There is a growing recognition that in complex systems like human societies, one simply *cannot* tweak a single variable in isolation, because such systems are so interconnected and interdependent that a small tweak in one place will cause ripple effects elsewhere—the so-called Butterfly Effect, in essence.  Thus a ceteris paribus relationship may not remain steady across all cultures and societies, but be defined by its cultural and socio-historical context.

Compare, for example, two hypothetical societies: the Alphas and the Bravos.  Alpha culture is tribal and community-oriented, and due to a variety of historical, religious, and other cultural reasons, they believe strongly in taking care of one’s neighbors and friends.  Bravo culture, on the other hand, is very independent; their history and religion and so forth emphasizes the individual, and people tend to care for their own families far more than they do their larger communities.  Now drop the two societies into Country A and Country B, respectively.  These two countries are identical in every measurable respect—economic output, income inequality, urbanization levels, and so forth—that typically predicts crime rates.  But for some reason, Country B has a much higher crime rate than Country A.  Without the cultural and socio-historical context, researchers would be puzzled.  But when they look at the cultural differences between the two, suddenly it makes sense: both countries are industrialized, and thus most of their citizens live in urban areas.  The Alphas of Country A emphasize community and taking care of one’s neighbors; the Bravos of Country B emphasize independence and prioritizing one’s family—so in urban centers, the Alphas tend to come together and protect and support each other, and are significantly less likely to be prone to the endemic crime that’s found in the cities of a self-centered Bravo culture.

This is, of course, an extremely simplified example, but it shows the importance of context in assessing the effect of a given variable on an outcome of interest like crime rates.  And no, I’m not trying to argue to people from community-oriented societies are less prone to crime than people from individual-oriented societies; even in this simplified ceteris paribus case we’d likely see the relative crime rates reversed if we set the Alphas and Bravos down in otherwise identical agrarian countries.  I’m merely illustrating that in complex social issues, context matters.

This, then, brings us to the study I want to discuss.  As mentioned, historically research has tended to ignore the cultural and socio-historical context that are so important to the effects of various factors in a given society.  In 2012, Irshad Altheimer and Matthew Boswell decided to try to improve on this situation, and published a paper entitled “Reassessing the Association between Gun Availability and Homicide at the Cross-National Level” in the American Journal of Criminal Justice.  In their analysis, they sought to answer two questions.  First, is there a causal—not merely correlational—relationship between gun availability and resulting homicide rates?  And second, does that relationship change based on cultural and socio-historical context?

Now, no one paper can answer either of these questions beyond any doubt—as I described, science is an iterative process, with researchers continually seeking to build understanding on the base of what has come before; answers to fundamentally tricky questions like these can only come through a consensus of many studies over time.  But this study, in particular, provides very strong evidence to answers for both questions.

For the first question, Altheimer and Boswell wanted to resolve weaknesses from earlier papers on the question of simultaneity.  That is, while many papers had looked at correlations between gun availability and various forms of violent crime, few had attempted to resolve the question of causation, and those that had were problematic for technical statistical reasons.  In order to demonstrate causation, Altheimer and Boswell demonstrated what’s called a “lagged effect,”—they showed that there was a correlation between gun availability in one year and homicide rates in later years, and that there was no such correlation between homicide rates in one year and gun availability in later years.  That is to say, they provided strong evidence that the prevalence of guns in a country affects the rate of homicide, but the rate of homicide does not affect the prevalence of guns—citizens aren’t acquiring guns in response to increased homicide rates.  This directionality means that any correlations they found in their analysis between gun availability and homicide rates are very likely causal, and not merely coincidence.

For the second question, they resolved earlier conflicts in the research—some of which demonstrated that more guns equal more murders, some that more guns equal less murders, and most that showed no relationship at all between the two—by dividing the countries in their data set into three groups along shared cultural and socio-historical lines.  When they looked at all 43 countries as a whole, their model largely supported previous research that indicated countries with higher gun availability have more gun murders, but no more or less total murders.  But when they divided those countries by cultural and socio-historical context into three regions with generally similar cultures and histories, they found some rather interesting differences.

The three regions were “Western (developed) nations,” Eastern European nations, and Latin American nations.  The first group included the industrialized democracies of Western and Northern Europe, the United States, Canada, and Australia.  The second group consisted of formerly communist nations from the Soviet sphere of influence that have experienced rapid and similar social and cultural changes over the past decades since the dissolution of the USSR and the general fall of communist rule.  The third group consisted of the Latin nations of Mexico and Central and South America.  The study did not include any African or Asian nations, primarily because of the lack of key data sources for enough countries in those regions.

By dividing their sample into these three cultural/socio-historical groups, Altheimer and Boswell looked to see what effects cultural context has on the effects of gun availability on murder rates.

First, they looked to see if increased gun availability resulted in a higher proportion of murders committed with a gun, as opposed to other weapons or tools.  They reasoned that if there were differences between the three regions, this would indicate that cultural factors help determine to what extent firearms are the weapon of choice when committing acts of violence.  And they did indeed find such a difference: in the so-called Western nations, they found that gun availability significantly increased the proportion of murders committed with a gun, while in Eastern Europe it actually decreased the relative number of gun murders versus other options, and in Latin American there was a slight increase.  This suggested, then, that in the developed nations of the West people prefer to kill with guns versus other choices, but this preference was much less pronounced in Latin America, and even reversed in Eastern Europe.

This suggests, then, that the three different cultural contexts mean people carry and use guns in fundamentally different ways.  Altheimer and Boswell hypothesized that in the developed West, people carry and use guns primarily as a defensive tool, and thus because they carry them and defend themselves with them (whether in a lawful or criminal context) they are less likely to murder people in general, but when they do get into a violent altercation they are more likely to use a gun to defend themselves and thus more likely to kill their opponent(s).  In Eastern Europe, by contrast, where increased availability resulted in both decreased gun homicides and decreased total homicides, they postulate that individually-owned guns act as a general deterrent against crime in the absence of effective policing in most of the former Communist nations in the sample.  And in Latin America, much of which features what the authors refer to—using terminology from earlier research—a violence-prone “machismo culture” (such as that found among the narcotics cartels or the favela gangs of Brazil), those already likely to engage in violence have a strong preference for guns. Thus, the easy access to and high availability of guns drives homicide up versus what it would be if those engaging in this violence chose other weapons.

This is an interesting study, because for the first time, criminology researchers using methodologically sound techniques demonstrated that not only is there a clear causal relationship between gun availability and homicide rates, but that the specifics of that causal relationship are highly dependent on the cultural context in which it exists (which explains the inconclusive and contradictory results previous research has found without such context).

The evidence suggests that in the West and in the formerly Communist nations of Eastern Europe, increased gun availability actually causes a decrease in homicide rates, but that in Latin America it causes the opposite, and decreasing access to guns among violence-prone criminal elements would likely result in fewer murders for countries in that sample set.

It’s certainly not a perfect study—due to data limitations, the researchers were forced to use proxies for gun availability and several control factors, and it only looked at a few dozen countries divided along broad cultural lines.  Further research is needed with more refined data, absolutely.  But it’s a groundbreaking paper in building a scientific answer to the question of whether guns cause murders.  And the answer it puts forth is a resounding, “It depends.”

But Altheimer and Boswell don’t merely tell us it depends.  They also start to get an idea of *how* it depends.  And that’s the missing piece of the puzzle.

Societies are complex systems.  Changing one factor can have many varied effects depending on how the pieces are put together.  Context matters.

Using The Garrote – The USMC Way

How to reload your small revolver