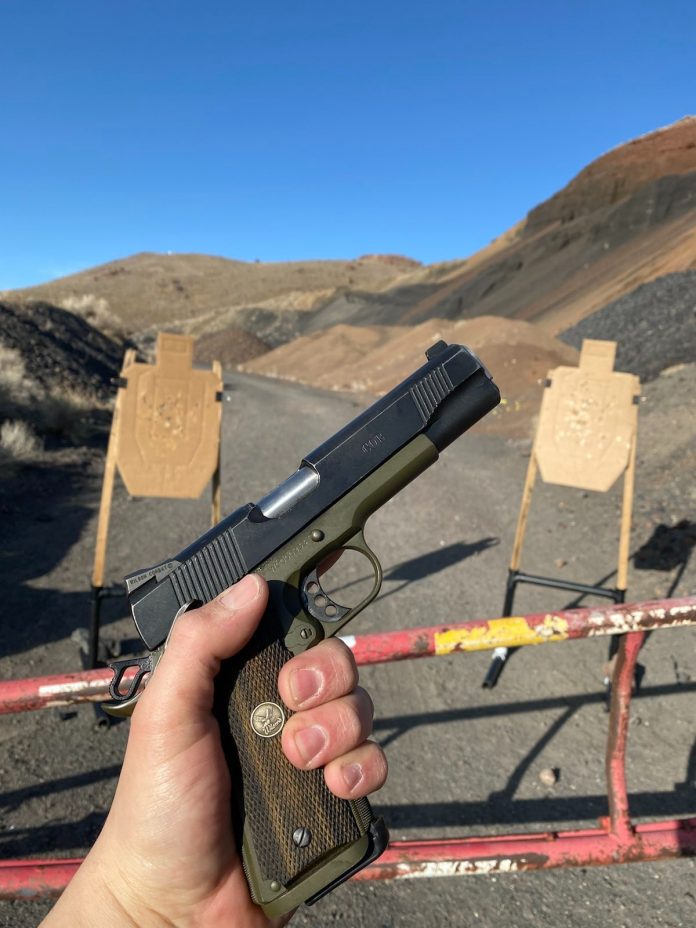 One of the greatest things about living in the American west was the fact that one can drive up to BLM (Bureau of Land Management) land and basically set up their own range and shoot whatever and however they want to. They key to making the most of out of these BLM shooting excursions is to have decent infrastructure support gear. If you’re like me, you probably are used to putting everything on the tailgate of your pickup truck while you shoot. I found myself needing target stands for the IPSC targets or sheets of cardboard that I used as backers. Now, it is possible to order some fancy all-metal ones but these target stands will not be cheap nor will they come apart easily. On the flip side, creating some DIY target stands saves you money and affords you an extra amount of portability.

The original plans call for cutting sections of 1 ½ inch diameter PVC pipe into different lengths and assembling them with some pipe tees and elbows. The basic idea is simply to create a base that holds two 1×2” stakes upright like any other target holder. You can either staple your target to the stakes or use those extra large wide metal paper clips (I prefer using those, but don’t miss and shoot them off!) I substituted the PVC pipe for black plastic ABS pipe—it works the same way and the ABS was actually slightly cheaper too.

To assemble this target stand, simply connect all pieces of pipe to each three-way tee and connect both halves with the cross member. When the base is assembled, simply shove the wooden stakes directly into it and affix your cardboard backer. I really like this design due to its simplicity and the fact that the materials do not weigh much and are relatively inexpensive. Since the tees and pipes are all friction fit and not permanently glued, it is easy to fully dismantle all base components for storage. The only downside to this design is the fact that the base is light and it will blow over on windy days. To prevent this, I usually put something heavy over the base, like an ammo can or a rock.