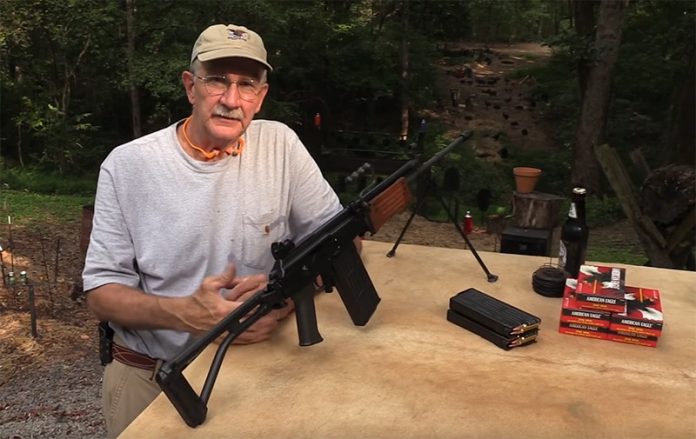 Designed by Yisrael Galil (hence the name) and Yaacov Lior in the late 1960s after the IDF picked up a few thousand recently dropped Egyptian and Syrian Kalashnikovs and soldiers found them to work better than their FN FALs in sandy conditions, the gun borrows a good deal from the Finnish Rk 62 Valmet, which of course is a take off on the AK with a few tweaks.

Israel used them as standard issue rifle until it was phased out by the M4 and later the Tavor, as did South Africa as the R4 made by Denel.

Hick’s version is a civilian legal semi-auto variant in .308 imported back in the 1980s by Action Arms and it is a beaut.

And remember, the Galil also comes with a built-in bottle opener for those sudden Mitz Paz or (root) beer moments.