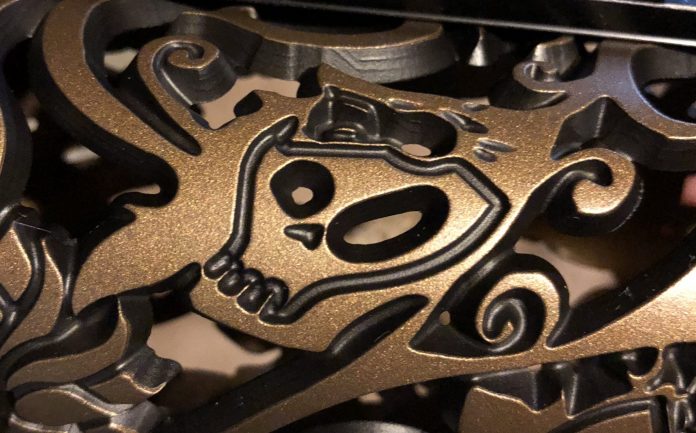 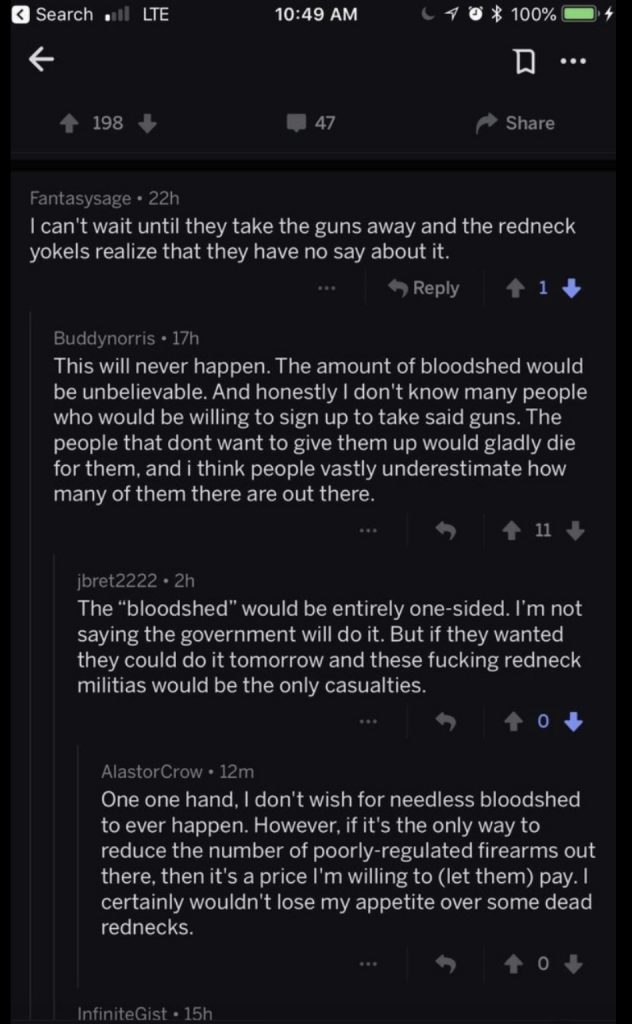 Granted it’s Reddit – which some folks would consider a cesspit of the Internet – but people there tend to say out loud what other people actually think but are afraid to say.

Read the whole thing carefully. Then do it again. The posters used the terms “Rednecks” and “yokels” to describe the millions upon millions of diverse American gun owners of many ethnic backgrounds, socioeconomic statuses, ages, religious faiths (and no faith), sexual orientation, gender identification, profession, and even political party. After dehumanizing all of these American citizens with scornful pejoratives, the posters proceeded to wish violent death upon these law-abiding and Constitution-upholding citizens – at the hands of the “government”.  The last poster even went so far as to admit that “dead rednecks” would not even make him lose his appetite.

I’ll ask you to now re-read all of that again, but this time insert the name of any other group of people. Try “Jews” for instance, or “Blacks”. Did that open your eyes to how morally bankrupt these particular anti-gunners are? They are willing to condone mass-murder in order to achieve their political aims. If that doesn’t alarm and appall you – it should.

I will venture to speculate that it isn’t “just” these particular Reddit users who feel this way, either. As I said above, the users of that site tend to say out loud what other people are thinking but are afraid to say. Because I am not a hate-monger, I will not paint EVERY anti-gunner with the same brush as these “deplorable” excuses for human beings. But if even a small percentage of anti-gunners really feel this way, and are not just well-meaning but misguided, then the country is in deep deep trouble.

All of this reveals the slimy desire for control that percolates throughout the Gun Grabber Movement. “Do as I say – or else!” is their mantra. Government is not “OF the People, BY the People and FOR the People”, but a cudgel with which to bludgeon their political enemies into submission. The Constitution is merely an inconvenient wad of paper to them – a relic with which to wipe their asses on their way to Control Utopia. The past year of a new president has revealed these unhinged control freaks for what they really are — despots and genocidists-in-waiting.

The real irony is that these people are EXACTLY why the Second Amendment was written.