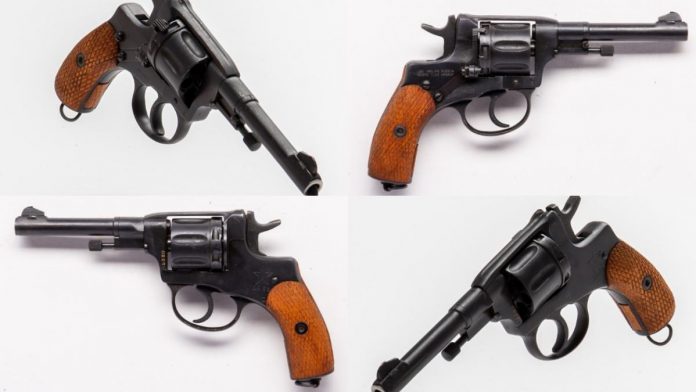 The mechanically curious Nagant gas seal revolver was the primary sidearm of the Tsarist Russian Army for 20 years and has an interesting back story. To show just how interesting is Othais and Mae in the above hour-long study from C&Rsenal on the Belgian-designed seven-shot wheel gun chambered for an anemic 7.62x38mmR cartridge.

One of the tidbits Othais delivers is that the Nagant originally cost the Tsar 29 rubles a pop to include 100 rounds of ammo per gun. We have no idea how much an 1895 Imperial ruble is worth in terms of today’s dollars but that sounds like a deal.

While these milsurp handguns ran in the sub-$50 range when they were first imported in numbers in the 1990s, they have shot up significantly since then as the supply was exhausted.

The M1895 Nagant is an interesting piece of history, with the Russians and then the Soviets using the guns through the 1950s. Guns.com has a few in the warehouse. (Photo: Guns.com)

Interestingly, the M1895 Nagant is one of the few revolvers that can be reliably suppressed due to its gas seal design. Check that out in the below from Machine Gun Mike and see just how quiet these things can get.