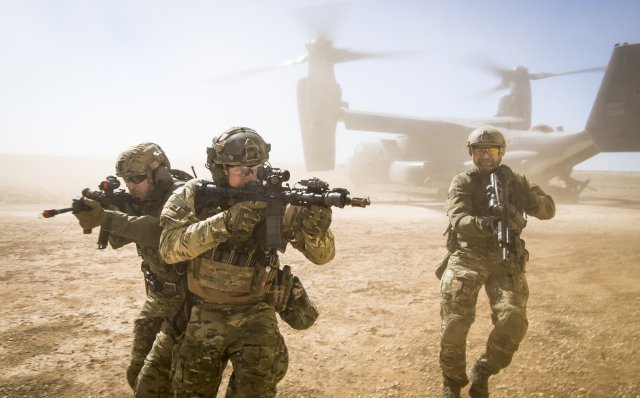 A Delta Force operator has been awarded the Distinguished Service Cross (DSC), the nation’s second-highest award for valor under fire, for his actions during a terrorist attack in Bamako, Mali in November 2015.

During the morning hours of November 20, 2015, approximately a dozen Islamists associated with the terrorist group al-Qaeda in the Islamic Maghreb attacked the Radisson Blu Hotel, a luxury establishment in downtown Bamako, the Malian capital. They took about 170 people hostage, including a number of Americans.

According to the award citation leaked to the Army Times, the Delta operator was serving as team leader of an outfit supporting overseas contingency operations against enemy forces. The citation goes on to praise the operator’s “valorous actions, dedication to duty, and willingness to place himself in great personal risk for the protection of others,” concluding that his actions were critical in the success of the hostage rescue operation.

Alongside the Army commando, Gunnery Sergeant Jared Stout, a Marine Raider from the Marine Special Operations Command (MARSOC), received the Silver Star, the third-highest award for valor. Master Sergeant Stout was also named the 2019 Marine of the Year.

The awards ceremony for the unnamed Delta Force operator and Master Sergeant Stout—he was promoted since the action—was held in June 2018, but has only now been publicized.

The American and Western SOF presence in Africa has been a poorly kept secret for years. Alongside Delta Force teams, the Navy’s SEAL Team 6 and the Army’s Intelligence Support Activity (ISA) are also active on the African continent, intended primarily to curb extremist influence.

“Previous to September 2001 until now, a plethora of valor awards have been bestowed upon ARSOF Soldiers showcasing the value U.S. Army Special Operation Command brings to each other and the Nation,” Lt. Col. Bymer added.

Although the U.S. government is often hesitant to broadcast an American presence in certain parts of the world, awarding valor awards for clandestine actions that took place or to units that weren’t supposed to be somewhere isn’t novel. During the 2012 Benghazi attacks on the U.S. consulate that resulted in the death of four Americans, two Delta Force operators took the initiative and flew from nearby Tripoli in support of the hard-pressed CIA compound that was under siege by scores of Islamists. Eventually, the two operators were awarded the nation’s second-highest awards for valor for their actions, the DSC and Navy Cross. (The latter was awarded as one of the operators was a Marine, which provides an interesting glimpse at the diversity of the Army’s elite counterterrorism unit.)