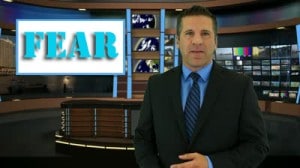 If it bleeds, it leads. This is the mantra of today’s competitive news media. Though the psychology and reasoning behind it will be the topic of another article, it is important to understand that the news isn’t there to be objective and inform you, it is there to grab your attention and instill fear into you.

One of the primary strategies that many news outlets will use comes in the form of buzzwords. These buzzwords are often used incorrectly or out of context in a manner that is meant to elicit a fear response from the reader. This is especially true when it comes to terms and concepts regarding firearms and their uses, so with that in mind, this article will attempt to clarify the mistakes and/or deceptions that take place in the media.

“Assault Rifle” – This is one of the most misused terms found in headlines, articles, ‘studies’, and TV news segments. The definition of ‘Assault Rifle’ is not only nationally accepted, but it’s also internationally accepted. The easiest definition of Assault Rifle to understand is, “a selective fire rifle that uses an intermediate cartridge and a detachable magazine”. Select fire means the rifle can change between semi-auto and full auto modes. Assault rifles are a subcategory of machine guns, and are therefore regulated by the NFA. Since the NFA’s inception in 1934, there have been a total of 2 homicides committed with legally owned machine guns, neither was an assault rifle. Aside from an extremely few examples of illegally acquired or modified rifles, fully automatic firearms are so rarely used to commit crimes that they are a statistical anomaly. Because of that exceedingly tiny percentage, it is within 99.99% certainty that any time a news report announces that a person has an assault rifle, it is false. When it comes to semi-automatic rifles (referred to as sporting rifles) the next definition will attempt to explain the difference between these two mechanically identical rifles. l 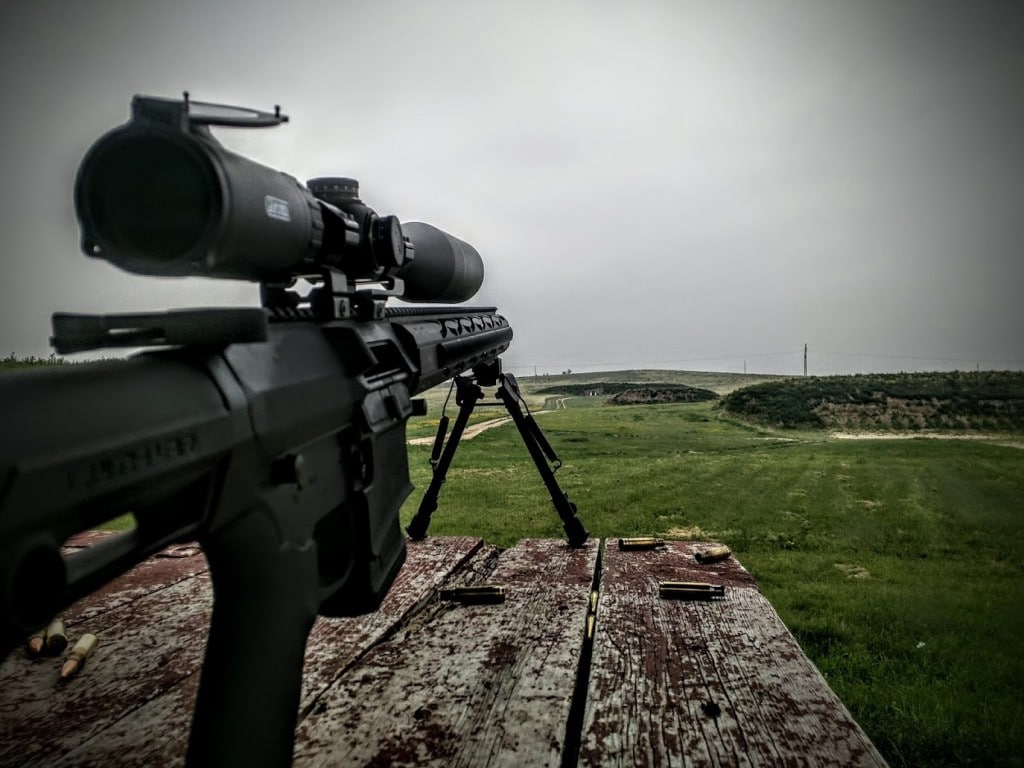 “Assault Weapon” – The most important thing to know about an assault weapon is that there is no simple definition of assault weapon. There are several ‘feature’ qualifications defined under the 1994 Assault Weapon Ban, a combination of which can change a firearm that is legal to one that is illegal, despite the mechanical operating system of the two firearms being identical. A few different states have one or two feature disqualifications, but based on the flowchart above, one can have this ‘compliant’ AR-15, while not having a standard configuration. Keeping in mind that the misinterpreted or misrepresented concept of an assault weapon, a semi-automatic rifle with specific features that supposedly make them more dangerous, account for less than 2% of all gun crime, it’s disingenuous to bill these firearms as a statistically significant threat to the public.

Lets discuss a few features that suddenly turn a semi-automatic rifle into an assault weapon. First and foremost, the “high capacity clip”, this is a misnomer on a number of levels. First of all, a clip is a storage and ammunition feeding device used to fill a magazine with ammunition. Usually, clips are used in conjunction with WWII and vietnam era firearms with fixed magazines. What is implied is “high capacity magazines”, though that definition is debatable. Pistol magazines range from 5 rounds to as many as 30 or more, depending on the design of the magazine, rifle magazines can range from 5 to 100. Most modern semi-auto pistols come with magazines that accept 17 round magazines and most semi-auto rifles come with magazines that accept 30 or more round magazines. This is what is called ‘standard capacity’. The argument being floated around is that having high capacity magazine bans would prevent mass shootings from happening. However, as we have seen over the years, magazine capacity has had no impact on mass shootings whatsoever. The Virginia Tech shooter used a Walther P22 and a Glock 19, which take 10-round and 15-round mags respectively and would not be banned by most magazine restriction laws. The Washington Navy Yard shooter used a Remington 870 express shotgun that has a 7-round tube magazine. The Isla Vista shooter used pistols and had several 10-round magazines. The most recent Charleston Church shooter used a Glock pistol that takes 13-round magazines and he reloaded several times. Other shootings, like the Colorado Theater shooting and the Gabby Giffords shooting saw the assailant’s magazines jam and they either had to change guns or were tackled by nearby people. There are many more examples of shootings, but magazine capacity is not a determining factor in the ability of a shooter to commit an act of mass murder. 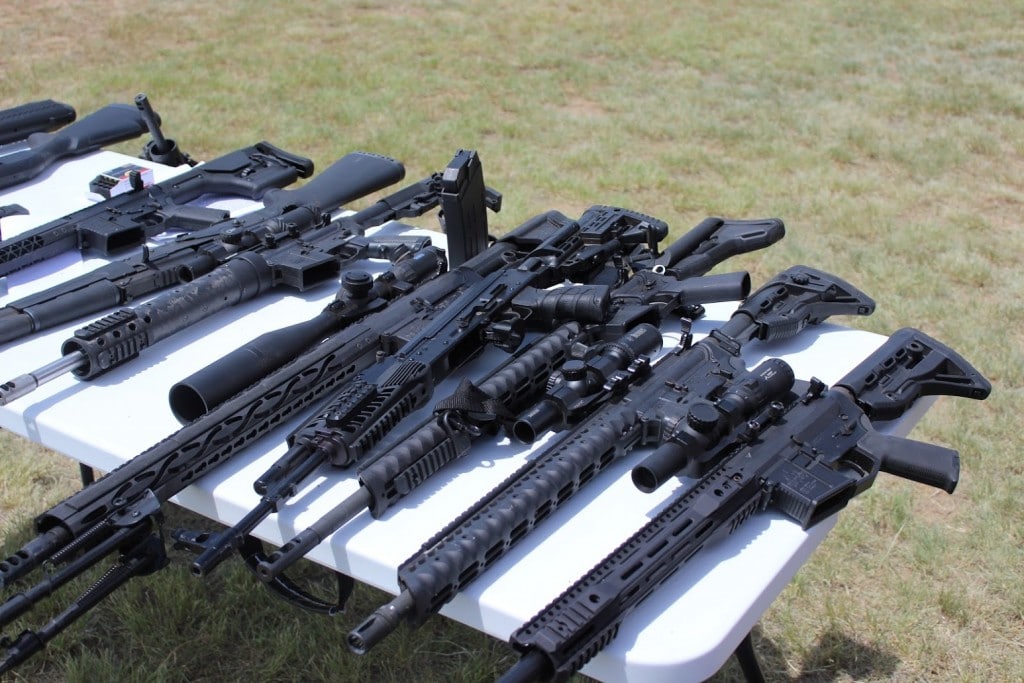 Another aspect of an ‘assault weapon’ that is curiously identified as making a firearm more deadly is a “barrel shroud”. By definition, a barrel shroud is, “a covering attached to the barrel of a firearm, that partially or completely encircles the barrel which prevents operators from injuring themselves on a hot barrel. Slides, extensions of the stock that do not fully encircle the barrel, and the receiver (or frame) of a firearm itself are generally not described as barrel shrouds, though they in fact do act as such”. The logic behind the ban is that not having a barrel shroud will prevent a shooter from firing multiple rounds in rapid succession because the barrel will heat up and they will hurt their hand, even though other parts of a gun, that perform the exact same function, would be perfectly legal. As shown in previous examples, there are handguards commonly used on rifles that are AWB compliant, which attach directly to the barrel that are not considered barrel shrouds. The reasoning behind this bannable feature is illogical and is by name only, not actual function.

A third feature that changes a firearm to an assault weapon is a pistol grip. The appeal to fear reasoning for banning pistol grip is that this feature allows for ‘spray firing from the hip’. Not only is this feature not made for that purpose, it is never used for it. This video demonstrates the difference between traditional stocks and pistol grips. Not only does the pistol grip not allow for the claim being made, but the traditional stock actually allows for faster, more comfortable firing in that position. If it hasn’t been made clear already, these features are arbitrarily chosen by activists and politicians who aren’t familiar with the mechanics of firearms in the slightest.

The bayonet lug is a feature that is also demonized for being extremely dangerous. Bayonet lugs are standard feature on most military muskets, rifles, and shotguns, and on some civilian long arms. It is intended for attaching a bayonet, which is typically a long spike or thrusting knife. The argument being put forth that this turns a firearm into an assault weapon is that the addition of a bayonet (a knife or pike that attaches to a gun) makes the gun less deadly. Despite no more than a 1 or 2 instances of someone actually using a bayonet attached to a gun in the commission of a crime, that specific feature is an anachronistic accoutrement included on firearms more as a tradition than an actual tactical appendage.

The flash suppressor is one of the last major features that is questionably responsible for turning a firearm into an assault weapon. “A flash suppressor, also known as a flash guard, flash eliminator, flash hider, or flash cone, is a device attached to the muzzle of a rifle that reduces its visible signature while firing by cooling or dispersing the burning gases that exit the muzzle, a phenomenon typical of carbine-length weapons. Its primary intent is to reduce the chances that the shooter will be blinded in low-light shooting conditions. Contrary to popular belief, it is only a minor secondary benefit if a flash suppressor reduces the intensity of the flash visible to the enemy.” It’s not exactly clear why the flash suppressor makes a firearm an assault weapon, but the only logical conclusion is that the feature performs the job it was created to do. How that creates a more deadly firearm has never been adequately explained.

The last terms that are frequently misused and mishandled by the media has to do with the claim of what “mass shootings” are and that “mass shootings are increasing”. The definition that is generally accepted by the government and academia is “a gun crime in which at least four people other than the shooter are killed.” The root of this definition comes from the FBI’s description of mass murder which is “murdering four or more persons during an event with no “cooling-off period” between the murders.”  The important distinction to note is that the main qualifiers here are the number of people killed and it happens during a singular event. It is important to recognize this because there are several activist organization who specifically attempt to re-define mass shooting so that if 4 people are shot, and not killed, it qualifies. While this may seem logical to some, it’s important to note that casting a wider net like this has unintended consequences. The intent of changing the definition is to show that more ‘mass shootings’ are occurring or their number is increasing. Unfortunately for those organizations, their own numbers prove the falsehood of those claims. With one such website, run by anti-gun activists claim that in 2013, there were 363 mass shootings. Taken at face value, and with no other context, that would seem like an alarming problem as well as a number suggesting a rising trend. However, the following year, 2014, showed the number to be 283, which is a 22% drop. If their falsely adjusted numbers are to be trusted and the trend were to follow this same pattern, there would be no mass murders within 5 years. Experts in the field, on the other hand, have a much more thorough approach that has shown that the number of mass shootings has stayed at a steady rate for over 30 years. There are a number of myths and hyperbole that are shown by the media to gain attention as well as ad revenue generating clicks.

In summation, it’s important to know that there are lots of misunderstandings, ignorance, and misinformation in the media. Some of it is driven by a desire to gain attention, some is done to push an agenda. Reporters are not experts when it comes to many different subjects, and neither are a number of activists who pretend to be, so treating what is seen on the news as gospel is a fallacious notion. When it comes to watching the news, it’s important that viewers not be swayed by straw men, appeals to fear and emotion through misuse, manipulation, and exaggeration of language. Research the terms, understand what they mean and in what context they are used so you can make well informed decisions and arguments when it comes to the subject of firearms and the media.