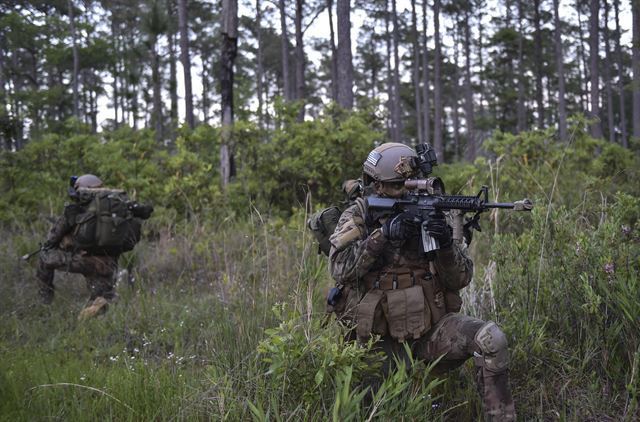 One of the indirect benefits of being a Special Operations Forces (SOF) unit member is getting the chance to attend a series of interesting schools. Such schools aim at improving the participants’ craft, whether he’s a shooter or an enabler (support guy).

Each component command has a number of schools tailored to the needs of its units. For example, Naval Special Warfare Command’s (NSWC) schools are mostly geared toward Navy SEALs. However, there’s a certain level of overlap, as both NSWC and the Army Special Operations Command (USASOC) have a sniper school. And it’s fairly common to see operators from a sister service while attending a course taught by a specific command—the Special Operations Combat Medic (SOCM) course is a paragon of this, as each class is certain to include SEALs, Rangers, Green Berets, 160th Special Operations Aviation Regiment flight medics, and sometimes even Pararescuemen.

Here’s a list of the top three interesting courses offered by USASOC.

Taking place in Fort Bragg, the course is exclusive to Active Duty personnel with the rank of:

Classes last three weeks, with each course capped at a maximum of 24 students. Participants must have top secret clearance. There are three iterations of the course every year.

According to the course’s description, the scope of the class is to present students with the “knowledge to execute the deception cycle as the military deception officer of a special-operations force staff/conventional force staff during the conduct of an irregular warfare scenario in a problem-centered, active-learning environment.”

Upon graduation, students will be familiar with a range of concepts, such as the five-phase deception cycle, SOF targeting Psychological Warfare, psychological operations deception and denial, precision influence targeting, and social network analysis/dark networks. Graduates will also be able to plan, execute, and terminate joint military deception operations in the conventional and SOF level.

The course takes place at both Fort Bragg and the National Capital Region. The SFPSC is open to Special Forces operators—who must be pre-selected—other U.S. SOF members, as well as selected allied forces. Class size is limited to 22 students, and there are four courses per year, each lasting eight weeks. American participants must have at a minimum secret clearance.

The course scope states that students are to “be trained and practice physical surveillance techniques to understand the capabilities and limitations of adversarial physical surveillance teams in both urban and rural environments. This training is designed to increase survivability, situational awareness, and the force protection posture for SOF personnel.”

Essentially, participants learn the dark arts of close-target reconnaissance, a highly-sensitive SOF mission that requires special traits—foremost the ability to blend in the environment and culture of the region they’re operating in. Because the course also takes place in the National Capital Region suggests that students conduct low-visibility surveillance and counterintelligence exercises, a practice pioneered by Delta Force during its early years.

This course is designed for Civil Affairs active-duty operators with the ranker of Sergeant to Sergeant First Class who’ve already completed the notoriously difficult SOCM course. Lasting eight weeks, the course focuses on “the assessment, planning, collaboration, and execution of routine, emergency, veterinary, and preventive medicine civil-military operations as a Civil Affairs (CA) team medic in collaboration with host-nation government and security forces, non-governmental and civil society organizations and other U.S. Government agencies.”

The course is comprised of eight modules:

Often shunned, CA is a hidden weapon in USASOC’s arsenal. Its role is to support conventional and SOF commanders by working with local nation civil authorities and civilian populations. CA operators are deployed during peacetime, contingency operations, and war, and their main role is to identify critical needs in the local population—for example, power or clean water shortage— and try to ameliorate them. Essentially, hearts and minds.

There are a few courses with most intriguing titles, such as Advanced Special Operations Techniques or the Special Warfare Touchstone, but their coursework and details are classified and thus, couldn’t be added to this list. 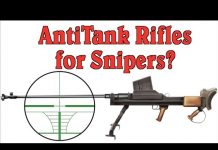