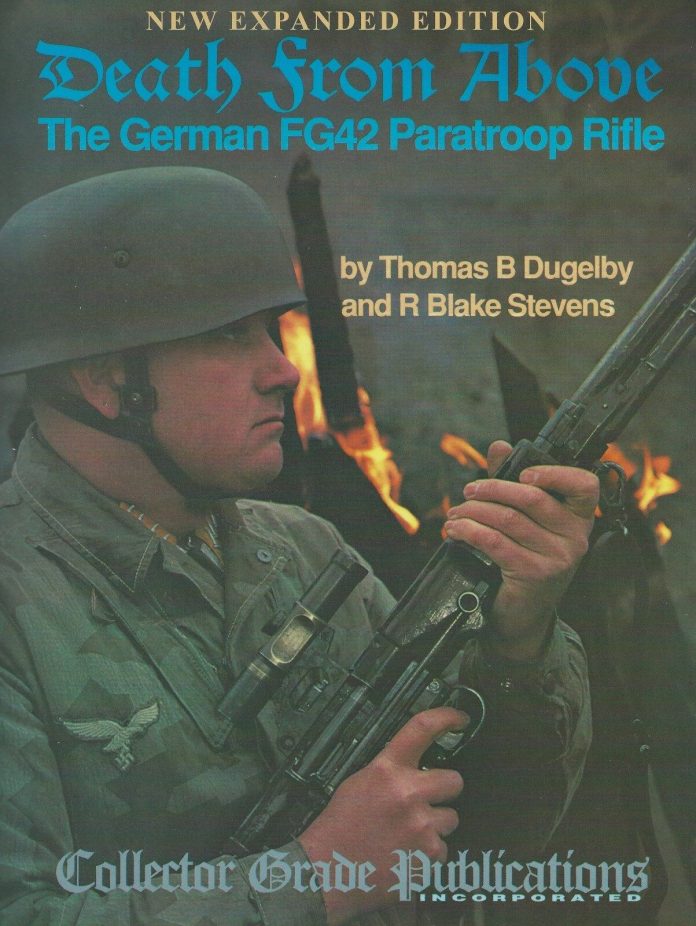 The FG42 is one of those firearms I know exists but didn’t know much about. I knew it was a Nazi-designed and issued weapon intended for paratroopers and that it fired from a side-loading magazine. That’s it, and when I ran across a copy of Death From Above: The German FG42 Paratroop Rifle by Thomas B Dugelby and R Blake Stevens. Collectors Grade Publications published the book, and I walked away with a deep understanding of the weapon.

Death From Above is the complete book of the FG42. It’s about as close as I can get to learning the rifle’s history, its operation, and how to use it without getting my hands on an ultra-rare FG42. I flew through the book in a few days, and before we go deeper into the review, I wholeheartedly recommend it.

Death From Above – Information Overload

Death From Above breaks down absolutely everything about the FG42 from the beginning to the end of the weapon’s life span. Interestingly enough, after reading the book, I’m still confused about exactly what this weapon is classified as. It’s not quite an assault rifle, but also not a battle rifle.

As I read the book, I found myself fascinated by the weapon’s design and operation. You could argue it’s an infantry automatic rifle, much like the BAR, and that’s about as close as you can get to having the weapon assigned to a genre, if you will. 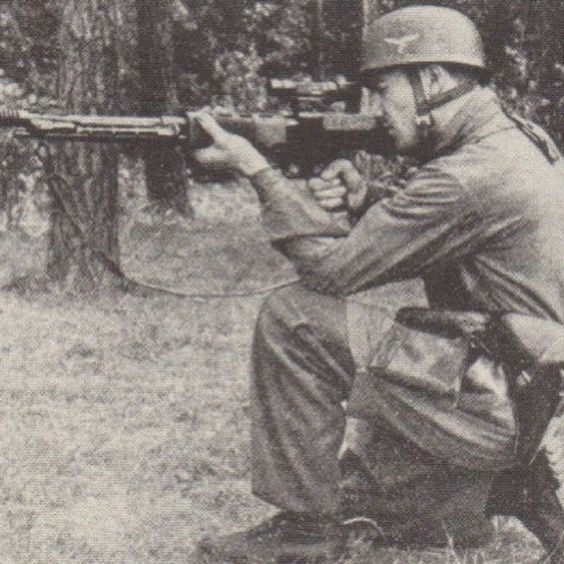 The book is a mix of a technical manual, a historical retrospective, and a great read. We learn about the origin of the rifle and why it was conceived, how the Battle of Crete convinced Hitler that paratroops were useless after their embarrassing performance.

That performance tied to the fact all they were armed with was 9mm pistols and SMGs, and their support weapons and rifles landed in crates too far to access. This convinced the Luftwaffe that they needed a paratroop-specific weapon. That weapon needed to be a rifle and a support fire weapon, but small enough to be attached to troops as they parachuted into combat zones.

From there, the book covers everything about the weapon. From its various models and development to its use and how it later influenced firearms design, it’s very in-depth.

What’s drier than history books? Technical manuals! If you mix the two, you are looking at levels of well-done steak dry. However, the authors found a way to write the book in an easy-to-follow and entertaining way. Death From Above is not overly dry and not too technical.

You need to have a little understanding of firearms to get through the Death From Above. For example, if you don’t know the difference between a clip and a magazine, then the book might be confusing.

There are a few parts I gleaned over as I read. When they dived into an exhausting explanation of markings on the guns, I got a little bored. That’s not my jive, but if you are writing the exhaustive guide to FG42s, you have to include a little dry stuff. These drier parts are few and far between.

Highlights From Death From Above

I don’t necessarily want to spoil anything, but there are a few highlights of the book that deserve to be mentioned.

First, the photos are excellent overall. They include German photos and reference photos that are clear and easy to see. To supplement the photos, there are plenty of diagrams that show the different aspects of the FG42.

Second, the book has a manual on how to use the FG42 translated into English. I might never get my hands on one, but if I do, I have a reference for it.

One of my favorite short sections is the short tale about the 7.92 Kurz models. I never even knew those existed. This includes a humorous story of a United States soldier firing one for fun, and it didn’t go well. Well, it didn’t go well for a French horse.

I thought the FG42 was just another odd piece of German engineering. Little did I know the weapon had such a rich history and fascinating design. It’s a truly unique weapon that I have a much greater appreciation for due to Death From Above. Sadly, the book seems out of print, and you’ll have to keep your eye open to find a good deal on a copy.