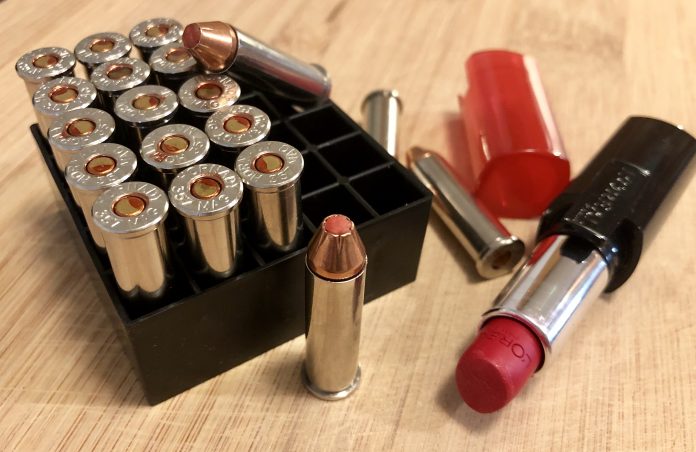 Like most of you, I had never heard of the advice columnist called “Dear Amy” before last month. That all changed when she published a now infamous and uninformed answer to a question about firearms in the home.

For those who missed it, the original piece can be found here.

The TL;DR is that a father (totally not a troll or anything) wrote a letter asking what he should do about an adult daughter who moved back home, bringing her self-defense firearm with her. It was totally not a “normal gun” either. It was a dreaded semi-automatic with – *gasp* – HOLLOWPOINT bullets! You know -the kind that criminals use! This father locked his bedroom door at night now because he was afraid of what his daughter would do.

In reply to this bit of hysteria (which I find hard to believe was written by an actual father), the Dear Amy columnist trotted out “facts” like  – gun owners are more likely to hurt themselves, and that hollowpoint bullets explode [yes] – before agreeing with the father about his ultimatum to the daughter.

Obviously the Gun-i-verse did not take this lying down. “Dear Amy” received a well-deserved metaphorical beat-down for her ill-informed hysteria. Now apparently she has published a non-apologetic “apology” in which she continues to slam firearms owners and the firearms industry – because feelings.

If you are looking for an actual apology here, you’d better not hold your breath. Although she now recants the exploding hollow points claim, that’s about where her contrition ends.

In her own words:

Additionally, the disrespect, anger, violent language, and threats contained in many of the responses to this Q and A are, frankly, a great argument for stricter gun control.”

“Dear Amy” apparently believes that because people hurt her feelings with mean words that it is legitimate retribution to strip them of their Constitutional rights.

Additionally, she dismisses a civil right which is codified in the Constitution as nothing more than a “gaslighting” campaign by the “gun lobby”.

I just don’t have any words for this level of doubled-down dumbassery. It’s like she learned nothing the first time and bashed her head into a wall a second time just to prove to us evil gun owners how virtuous she is.

For someone who refers to herself as a “journalist” Ms Dickinson evidenced a stunning lack of background research before publishing her first screed. And she carried that unprofessionalism into her “apology”. She didn’t bother talking to anyone actually knowledgeable on the subject of firearms until she had publicly embarrassed herself. She then, after the briefest of mea culpas, proceeded into this second emotional outburst, castigating her critics for being mean to her, and reiterating her prejudices against lawful firearms owners.

After a tirade about “living in the world” and how traumatized she was as a “journalist” who spoke to grieving mothers, and what a bad thing “gun violence” is, she dropped this paragraph:

“And someone like me: small, physically inept, and — (according to many commenters) not too bright and/or possibly deranged — has no business wielding a gun. Most importantly, I don’t want to own a gun, and so I will exercise my right not to own one or allow one in my home.”

Ahhh, there it is. Ms Dickinson uses the classic psychological defense mechanism called projection. She projects her own feelings of ineptitude onto every firearm owner. Because she feels afraid and unqualified for firearm ownership, she declares that everyone else is too.

Allow me to address this part directly to the columnist:

Here’s the thing, Ms Dickinson – those of us who are “small [and] physically inept” are the VERY PEOPLE who benefit from “wielding a gun”.  A small woman can neither overpower nor outrun most male attackers. A firearm employed skillfully by a small woman can mean the difference between being raped and murdered by a man twice her size … and returning home safely to her family.

So please be careful who you paint with that broad brush of your own insecurities, Ms Dickinson. Some of us out here are quite capable, thank-you-very-much.

The columnist is correct in that she does have the right to refuse to allow firearms into her home – though I hope she remembers that vow when she wants the Po-Po to come investigate the sound of breaking glass in the middle of the night.

Violence done with evil intent is bad. We can all agree on that. We firearms owners “live in the world” too though. The difference between us and Ms Dickinson is that we gun owners choose to not just let “the world” happen to us. We take steps to turn the tide of events and do our best to not be borne helplessly along by the criminal element. If that means that we must be prepared to commit violence in order to stop violence being perpetrated upon us, then so be it.

A firearm is only a tool. It is the man or woman who wields it who determines whether that tool is used for good or evil. Despite the efforts of many to educate her, “Dear Amy” continues to miss this critical distinction.