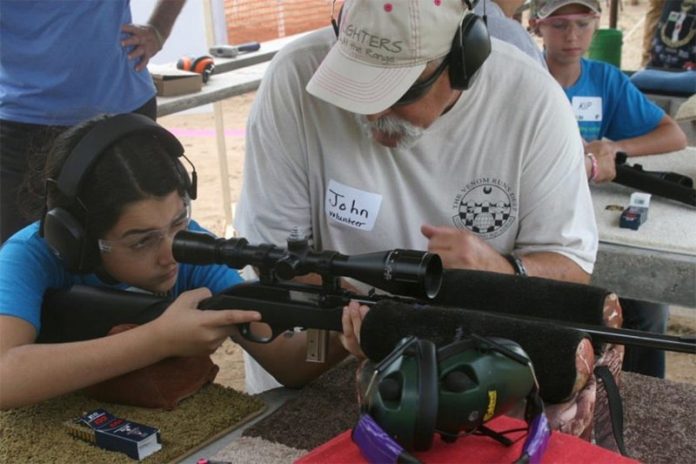 What happens when you decide to help young girls learn about firearm? You get an annual event that is exploding in popularity.

Firearms and shooting have not always been a part of Janette Story’s life. But after her husband passed away in 2005, she had three different scares. “The ‘what if’s’ got to me,” she says. “I decided I needed to learn to protect myself. There was a commercial on TV with the Susan B. Anthony quote, ‘I declare to you that woman must not depend upon the protection of man, but must be taught to protect herself, and there I take my stand.’ I thought, ‘OK, God, I’m listening to this one,” she laughs. “So I went online and registered to get my concealed carry license and proceeded to learn.”

From there Janette took as much training as she could get. “I felt like I didn’t know anything,” she says. Then a gentlemen at the gun club suggested participating in National Take Your Daughters to the Range Day. “We did that for a couple of years, then it folded,” she explains. “But by that time our group was going full blast, so I started doing Daughters at the Range. The first year we figured if we had three girls we would call it a success.”

It was more than a success with 60 girls and 50 volunteers. From there it continued to grow.

“The community support is wonderful,” Janette says. “’The Outdoorsman’, a local firearms dealer provides t-shirts for gift bags. ‘Field and Streams,’ another local firearms dealer, provides a firearm which is given to one of the parents by luck of the draw. The last two years we received backpacks from Gunbroker.com. The Gun Cleaners mobile unit comes out of Houston to clean all of our guns. The local Marine Bulldog Association comes in and cooks for us. The food is the only thing that costs and that money supports the local Marine Bulldog Association scholarship program for the Concho Valley. The Area10 coordinators from the Texas Youth Hunting Program have a booth and conduct the rifle safety program for each rotation. The San Angelo Police Department provides the National Shooting Sports Foundation Project Child Safe program. And of course, the San Angelo Gun Club is great to host us.”

Janette explains how the event works. “We start the day at 6:30am with 125 volunteers. We have one-on-one instruction, and mentors following instructions of the range masters. Safety officers also watch the groups. We work in rotations of six to seven girls at a time for pistol for about an hour. Rifle rotations lasts about an hour and a half for up to 16 girls per rotation who shoot supported from the bench. We set up a bay or two so that girls can try bench rest and silhouette shooting.”

“We prefer that the girls are new shooters, we love it when they have never shot before. But that doesn’t mean they can’t come if they have experience shooting, but we do have a limit on the number of girls who can attend,” explains Janette.

“We promote firearms safety and the shooting sports. An interesting thing is, that about half the families aren’t shooters or just don’t know much about it, and they may only be bringing their daughters out to learn about firearm safety. But by the time they all sit through orientation along with their girls, they understand a lot more. This may be the only time they are ever exposed to this, and they may never pick up another gun. But every one of them leaves with a smile on their face – and so do the volunteers,” says Janette. Those smiles are Janette’s favorite, and most memorable part, of the event. “The smiles on their faces, the excitement when the girls are finished, and the excitement of the volunteers, are amazing. If it weren’t exciting to everyone, it wouldn’t happen.”

The other amazing part to Janette is how popular the program is and how quick the response is. “Last year we opened registration on April 15. In less than 24 hours we had 103 girls registered, half had never attended before. We only sent the notice to those who had attended previously, so it shows that they shared their emails. That alone was a fascinating response.” Unfortunately, there were weather issues, so they rescheduled from June to August. Then it rained 4 ½ inches that day, so the event was cancelled. But 180 girls had registered, showing the popularity of the event.

Janette is also looking at starting a Sons at the Range event. “We’ll see how that goes. If we have three boys, we’ll consider that a success,” she smiles.

This year’s girls’ event is planned for June 10. Registration opens on April 15 with a deadline of May 20. 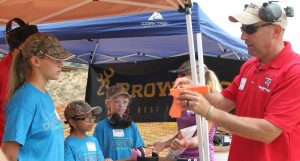 Janette would also like to add, “Our continued gratitude to:

Additional groups that work with and support us are: